While we’ve read great things about South Africa – like stunning beaches, incredible sunsets, wonderful countryside – there is a darker side that will break your heart: the story of the neglected lions. It’s a reminder that there are heartless and greedy people out there who are happy to profit off of poor animals’ suffering.

According to a variety of sources, more than 100 lions, as well as other exotic animals, have been rescued from an abandoned facility in the North West province, where they were living in cramped spaces and riddled with all kinds of ailments. They had been deliberately left to die since all the greedy b******s wanted was a bag of bones. 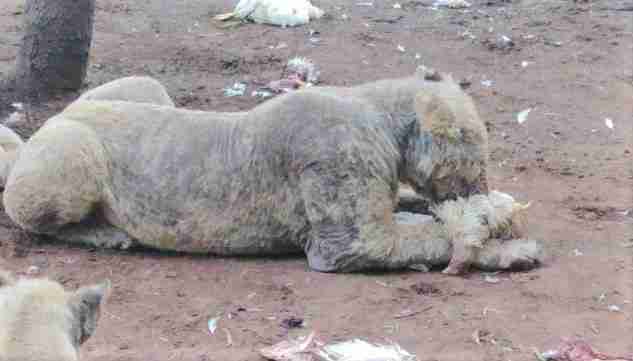 National Geographic reports that the scandal broke after an anonymous tipster leaked information to a journalist, who then was able to call the National Council for Society for the Prevention of Cruelty to Animals (NSPCA). The NSPCA is responsible for enforcing all animal welfare legislation in South Africa.

Investigators arrived at the Pienika Farm and were absolutely horrified by what they found. There were 27 lions suffering from mange – a condition in which the animals’ skin gets attacked by parasitic mites. The poor lions had no fur left, and they were living in a space that was dirty, filthy, and overcrowded.

They also noticed that there were three cubs with meningoencephalitis, which is a brain inflammation that leaves animals paralyzed. Very sadly, one of the poor babies had to be euthanized. 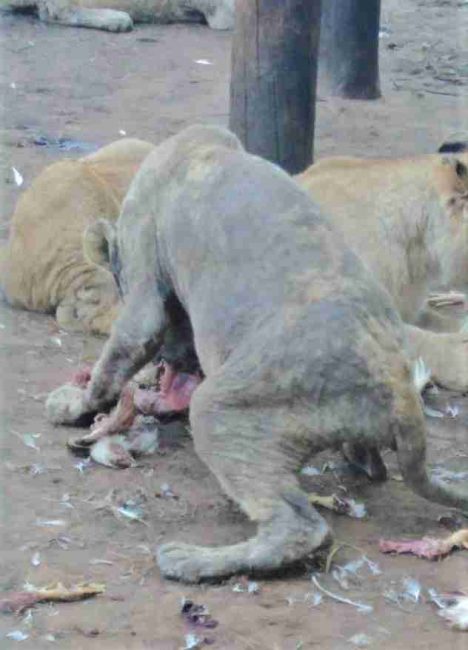 Manager of the NSPCA wildlife protection unit, Doughlas Wolhuter, was thoroughly grossed out. He didn’t have the words to express the horrors he’s witnessed. How could anyone ever do that to an animal – wild or domestic?

Sadly, that isn’t the only story like that. In 2015, the documentary “Blood Lions” revealed the darker side of South Africa, reporting that 6,000-8,000 lions live in terrible conditions in captive-breeding facilities throughout South Africa.

The documentary’s narrator, Ian Michler, stated that there more than 10,000 similar stories at the moment.

It all boils down to profit. People in South Africa use these kinds of facilities to provide entertainment for tourists who get to feed and pet the lion cubs. They even get to take selfies too.

Michler further reveals how the lions are killed by US trophy hunters travel to South Africa for their thrill kills.

Michler says that places like the Pienika Farm exist to provide material for the lion bone trade. Lion bones are used as an alternative to tiger bones and in Asia, bones are seen as traditional remedies. Michler also explains that the breeders only need the bones so they don’t need to care about the animals’ appearances they just want their bones. I mean, how cold-hearted is that? 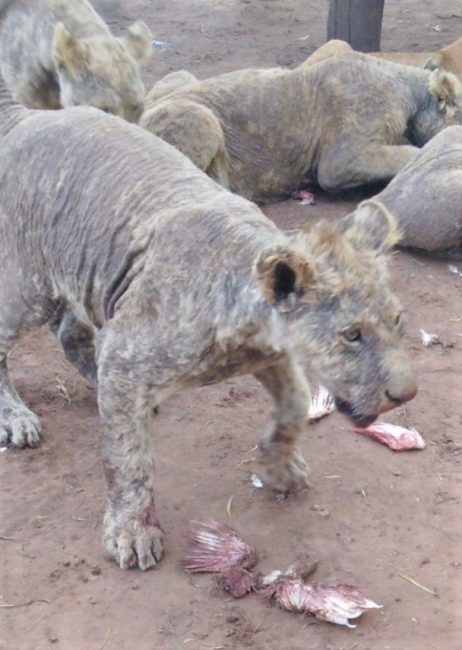 Unfortunately, this isn’t the last heart-wrenching story like this that we’ll be hearing coming out of South Africa. Sadly, lions don’t have any rights, and South Africa is unable to do anything for the captured animals. Experts have also explained that it’s impossible to just set the lions free since they grew up in captivity. So what their fate will be the million-dollar question.