Africa is home to some of the most interesting animal interactions in the entire world. With so much different wildlife that is constantly on the lookout for food, shelter, predators, or any other kind of threat, every animal has to be on its toes almost at all times.

If a herd of water buffalo is at a water hole, they need to be ready to escape at a moment’s notice because you can be sure that hyenas, lions, and cheetahs all know where to try and find the best place to hunt.

The circle of life is an incredibly interesting part of being on planet Earth, and it always seems like Africa holds the best examples. 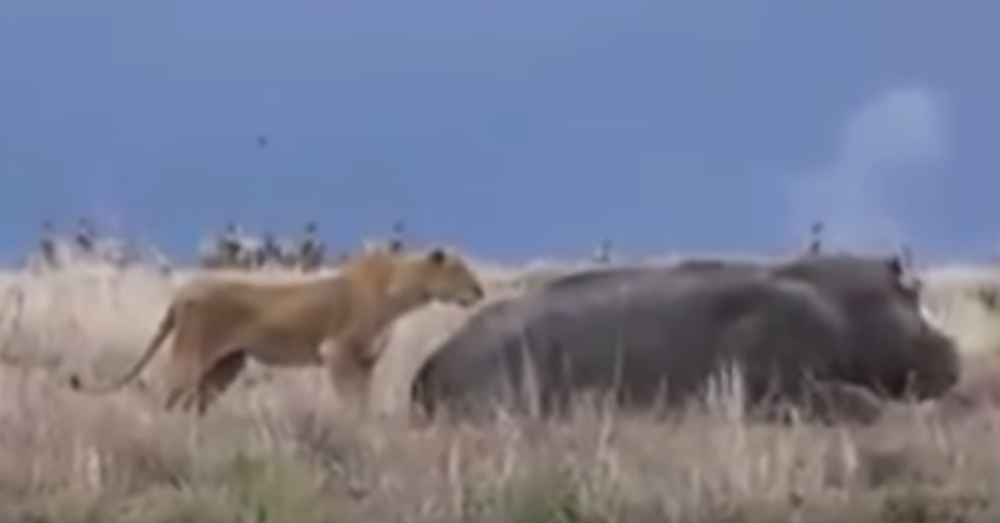 In the video below, a lone, hungry lioness is making her way through the grasslands when she spots a hippopotamus that she can potentially catch by surprise.

She crouches down and slowly makes her way towards where the hippo is simply minding its own business, completely unaware that it is being stalked by a hungry predator.

But when the lioness gets closer, you can tell that the hippo can sense the danger, because as soon as the lion is ready to pounce, the massive hippo turns around quickly and gets ready to fight back. 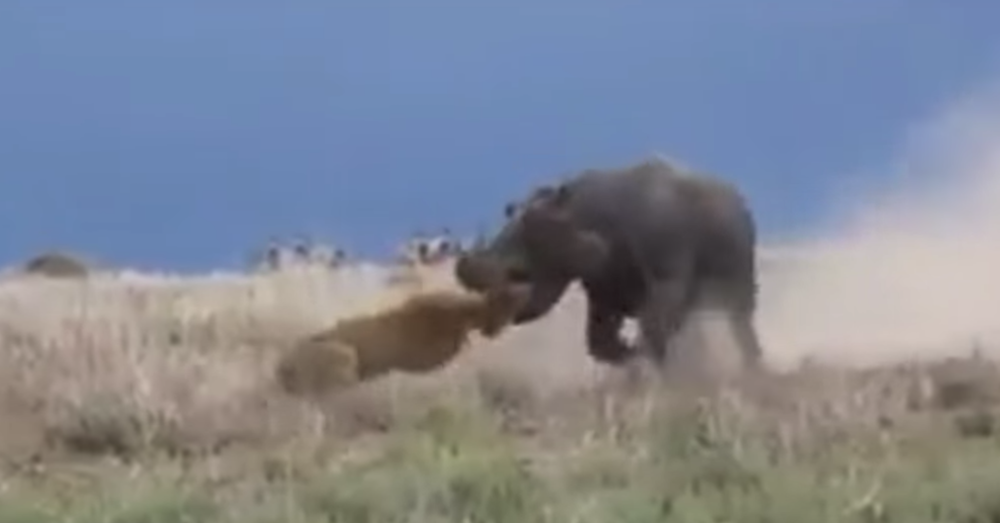 When the lion realizes that the hippo isn’t going to be an easy meal, she starts to go on her way. But the hippo decided the lioness needed to be taught a lesson for approaching alone.

With some lightning quick movements, the hippo catches up to the lion and actually puts the lion’s head completely inside of its giant mouth!

After a quick attack, the lion is released and runs away from the hippo completely unharmed, but probably very scared.

It’s safe to say this lioness probably won’t be trying to make any moves on a sleeping hippopotamus anytime in the near future.

Check out the shocking footage below!