After years of physical and psychological abuse, Will the lion (formerly known as “Baby”) was rescued from a traveling circus by the RioZoo in Brazil, and taken to the Rancho dos Gnomos sanctuary with the hopes of giving him a better life.

Unfortunately, even at the zoo, Will was never allowed to experience a world outside of cold cement and metal bars. For thirteen years, he had never once felt a blade of grass, or even a simple clump of dirt.

The staff at Gnomos knew this, and they also knew that every animal on this planet deserves the right to a peaceful, natural life. 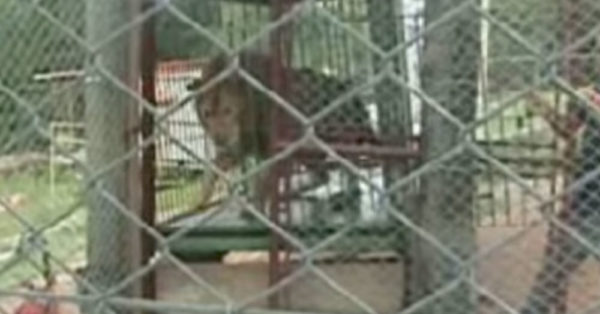 Returning Will to the wild would be unrealistic — having grown up entirely in captivity, Will missed out on crucial survival skill development. So they did the next best thing, and built him a home of his own, full of grass, stones, and plenty of room to run around.

When Will enters his home for the very first time, it’s clear that he can’t believe his eyes. But, just as any good cat, he adapts quickly to his new, tranquil life.

Watch an exhilarated Will the lion as his paws touch the earth for the very first time!

Will became a happy lion at his sanctuary home in 2006, though footage of his first day was only released this month.

For the next five years, Will spent his days learning how to be a lion, and meeting others just like him. According to the sanctuary’s founder Marcos Pompeo, his favorite thing to do was to lie in the grass, and simply look up at the sky. 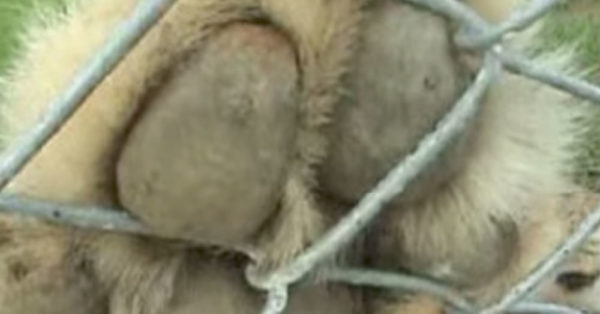 Regarding Will’s time at the sanctuary, Pompeo said, “He had five years of tranquility before he died… He was a very happy lion.”