One Explosive Reason To Avoid Trees During Thunderstorms

If you are in an area of the world that sees thunderstorms on a regular basis, especially bad ones, you have surely been told to avoid being near tall objects during the storm.

Usually this advice stems from the fact that lighting will typically be attracted to the tallest object it can find because it is the shortest distance between the air and the ground. But in reality, this all depends on where the actual strike is occurring.

Lighting that is already making its way from the clouds to the ground will not divert its path just to strike something tall, but that doesn’t mean that being near tall objects is any less dangerous during a thunderstorm. 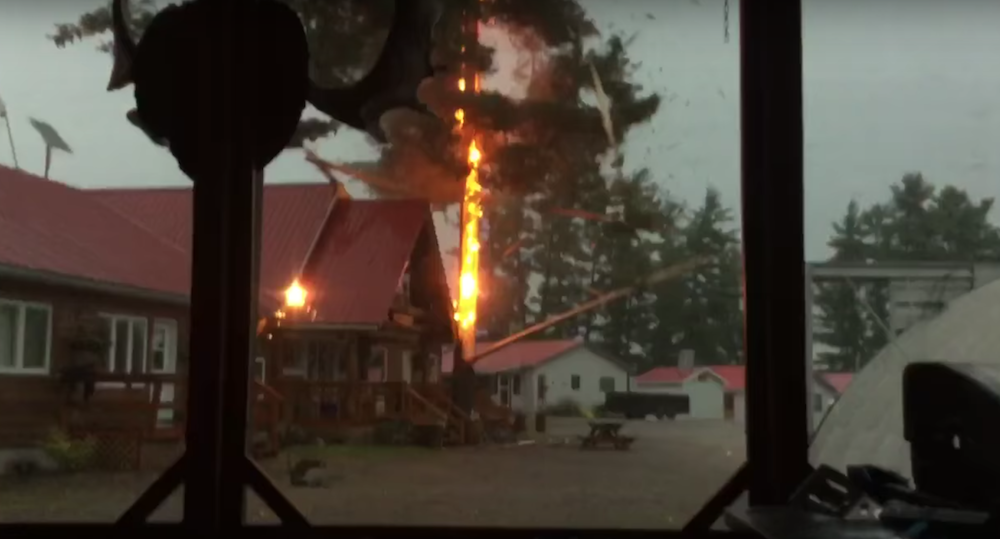 The fact that a bolt of lightning can contain up to one billion volts of electricity is more than enough to make them dangerous on their own. And when these massive surges of energy strike something like a large tree, the results can be literally explosive.

Ensuring that you are in a safe and grounded place during a thunderstorm will always be the smartest choice, considering the randomness of lightning strikes and how destructive they can really be to just about everything. 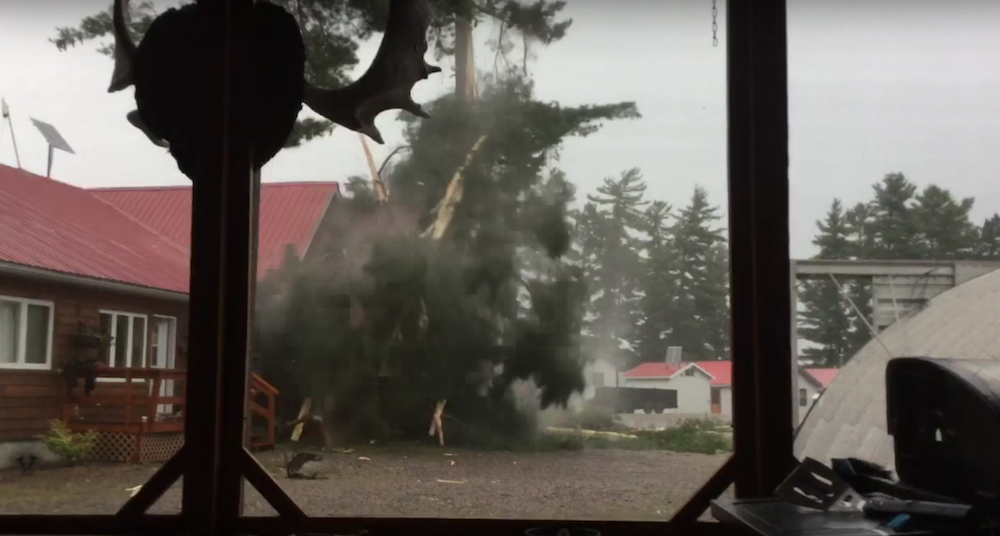 Indoors is almost always going to be one of the safest places to put yourself during a thunderstorm because getting caught out in one can end in disaster just like in the video you are about to see below.

This video was filmed from inside of a cabin as a massive bolt of lightning not only strikes a nearby tree, but completely decimates it! 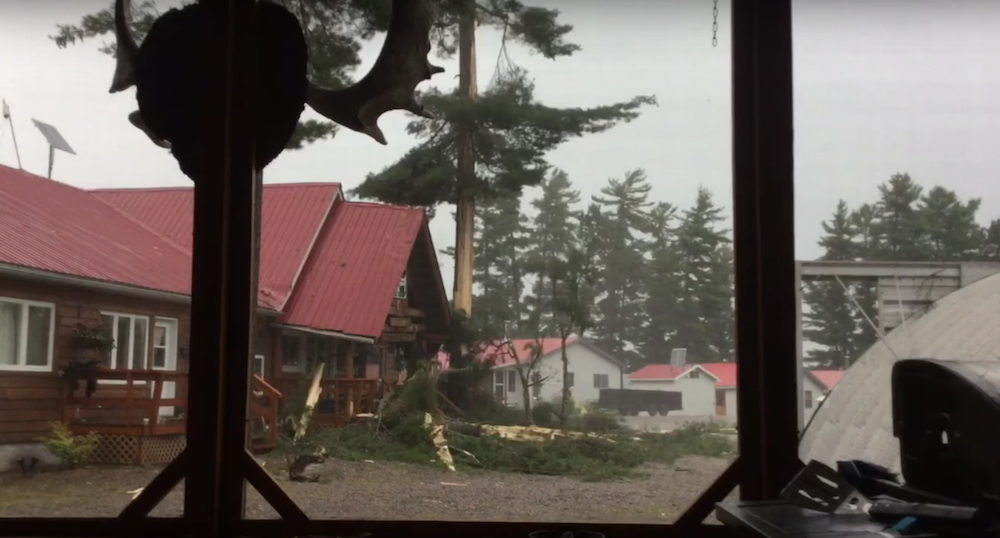 As soon as the lightning hits, the tree basically shatters from the top down, spraying massive chunks of wood through the area near the cabins, followed by the entire top of the tree toppling down to the ground.

It is safe to say that being anywhere remotely close to that particular tree would have ended very badly.

Check out the video below to see the insane footage, and forgive the colorful language of the people filming; they were pretty shocked!