Volcanos are some of planet Earth’s most powerful and destructive forces, but they also produce some incredibly beautiful moments when molten lava is involved.

Lava itself is rock that has been heated to such incredibly high temperatures that it actually turns into a liquified state.

When rock is exposed to temperatures that are 1,292 degrees Fahrenheit or hotter, it turns into molten rock, which then turns into lava when it gets expelled through cracks in the Earth’s crust or begins to flow from an active volcano. 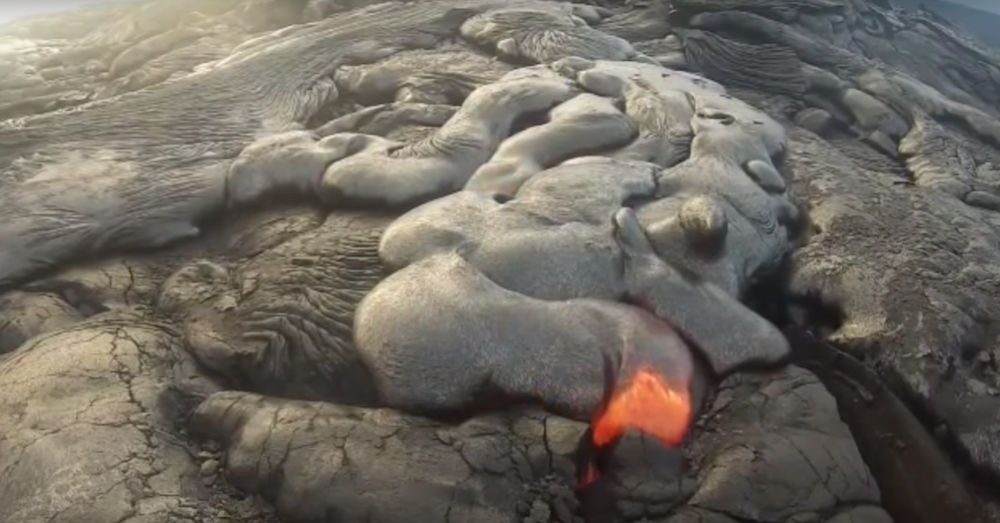 Active volcanoes are almost always the main source of energy that produces flowing lava, and these rivers of lava can end up traveling great distances before the molten rock cools off to the point of solidifying.

But what happens when things get in the way of this extremely hot substance?

Erik Strom of Kilauea Ecoguides set out to answer this very question with a small GoPro camera, which was probably not the best idea, considering how hot lava actually is, even when it is still moving. 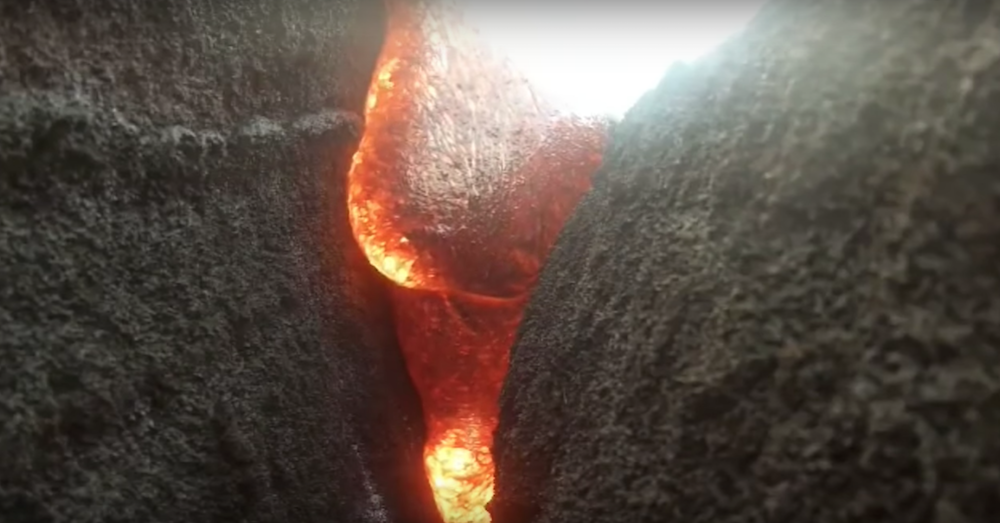 The group that Strom belongs to actually provides private tours of volcanoes with their “lava hikes,” which take people right next to the real-life lava flows of an actively erupting volcano.

In order to show what these flows look like from a head-on perspective, Strom prepared his GoPro camera and set it directly in the path of a slowly approaching stream of deadly hot lava.

The footage starts off with some incredibly beautiful views of a slowly moving lava flow that is almost relaxing. But things start to ramp up quickly when the camera gets placed into a shallow crevice that is being invaded by the molten rock.

To see what it’s like to be completely engulfed by a real-life river of lava, check out the video below!