Kilauea’s lava flow has died down since it first erupted in May but it still poses a great danger to humans in the area. Case in point, the basketball-sized lava bombs that have been raining from the sky in the waters around the volcano.

One recently hit a tourist boat, sending a number of spectators straight to the hospital. The lava punched straight through the boat’s roof and exploding on contact with the ship’s floor.

One tourist captured the incident on video. The terrifying footage shows massive plumes of black smoke rising from where lava was thrown into the ocean, followed by screams of the tourists as the lava bomb hits their boat. 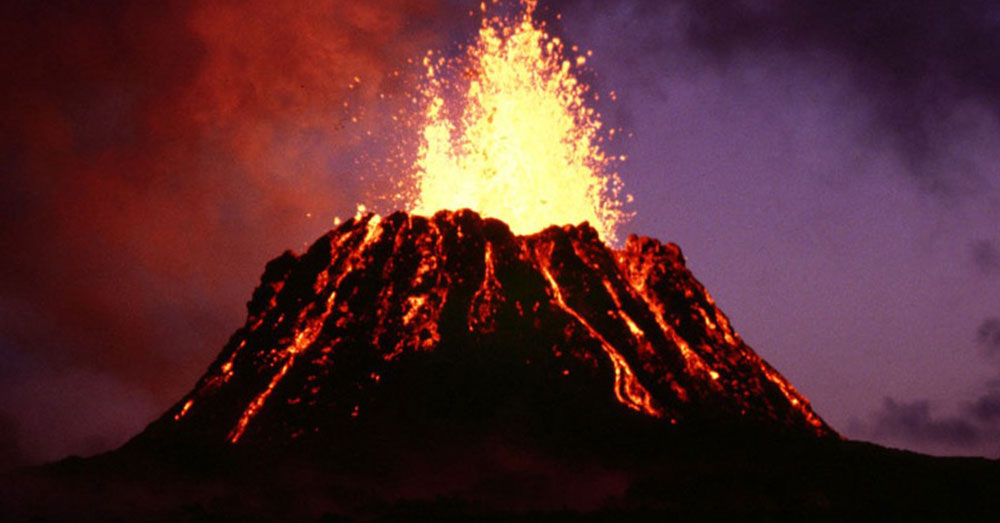 “The lava rock was about the size of two basketballs,” one of the passengers, Kaming Li, told AOL. “It was still glowing as it was sitting on the floor of the boat.”

After the smoke cleared, the vessel was littered with lava rock and debris. Many of the passengers suffered from burns and cuts on their legs. 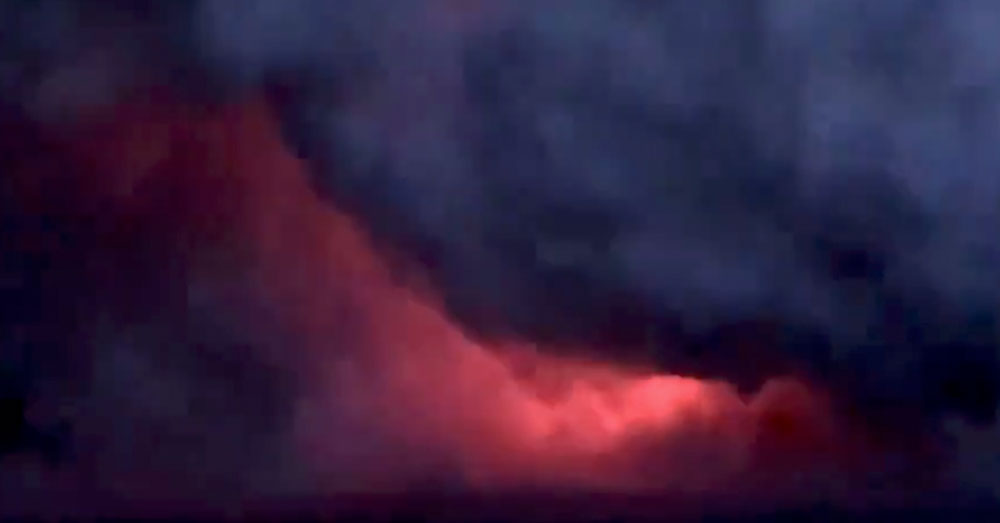 “It was mayhem. You heard screaming and crying and just total — lava rock pelting us,” said Dawn Li, Kaming’s wife. 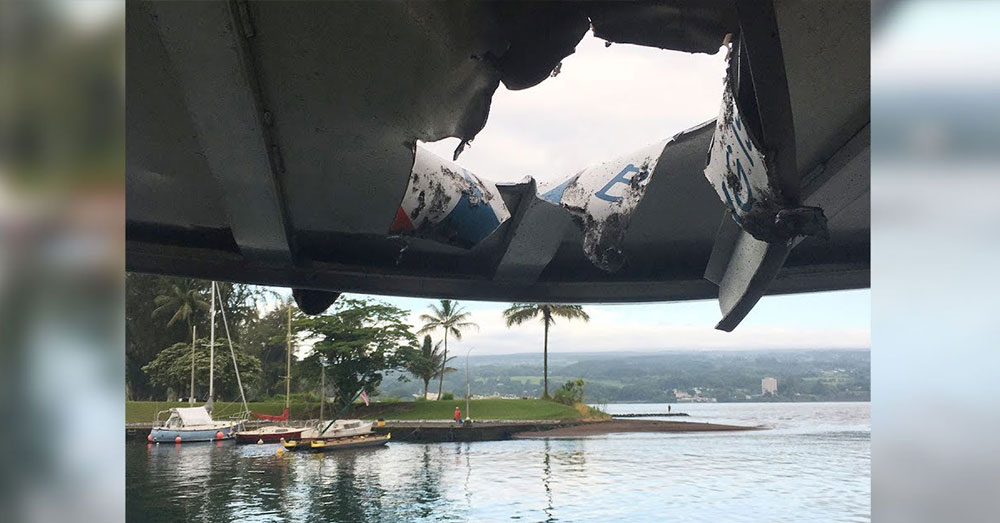 Source: YouTube/CBC News
The hole in the boat’s roof, made by lava.

More than a dozen people were injured by the lava bomb, and one was carried off on a stretcher, suffering from a fractured femur, AOL reports. 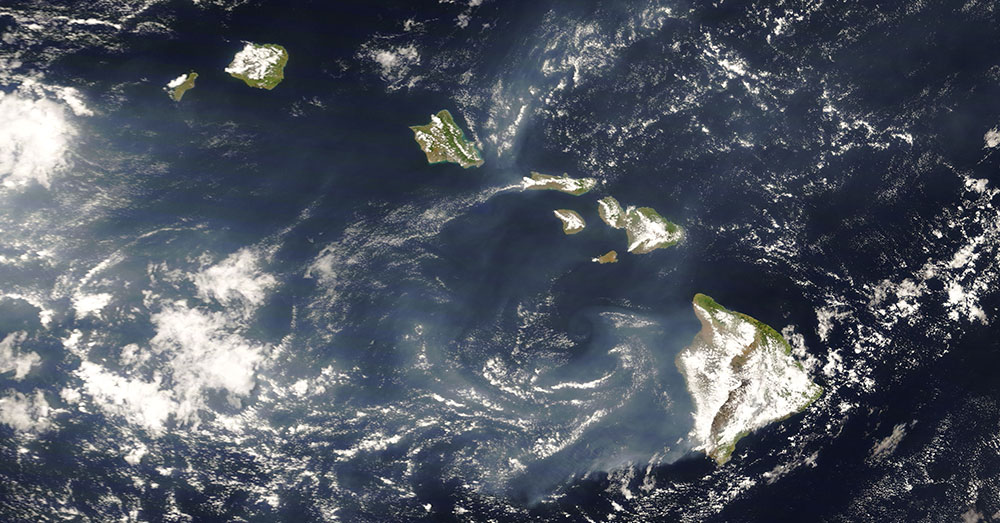 “Of course it was just a lot of injuries,” Kaming said. “A lot of burns, a lot of abrasions. It was pretty chaotic when it hit.”

See how the incident occurred in the video below, shot by passenger Will Bryan.

#LeilaniEstatesEruption #KilaueaVolcano UPDATE: *Watch this with the SOUND UP* First look video from passenger Will Bryan on board the Lava Ocean Tours boat that was hit by a #lavabomb thrown up in the air during a #lavaexplosion https://t.co/Yj9reTBby7 @HawaiiNewsNow #HINews pic.twitter.com/h67FUeFpGP

The U.S. Coast Guard has since expanded the boundaries of the safety zone around Kilauea.