Hurricane Dorian Expected To Intensify As It Heads For Florida Coast

Hurricane Dorian is headed for Florida after passing by Puerto Rico and the Virgin Islands, and could potentially hit the mainland on Labor Day as a Category 4 storm.

Dorian has claimed one life already, after an 80-year-old man in Puerto Rico fell from a ladder while trying to clear drains ahead of the storm.

By Wednesday, August 28, the storm was headed northwest toward Florida at about 13 miles per hour with maximum sustained winds of 85 mph, the National Hurricane Center reported. Data from an Air Force hurricane aircraft indicated that the storm was picking up speed and intensity as it crossed the Atlantic. 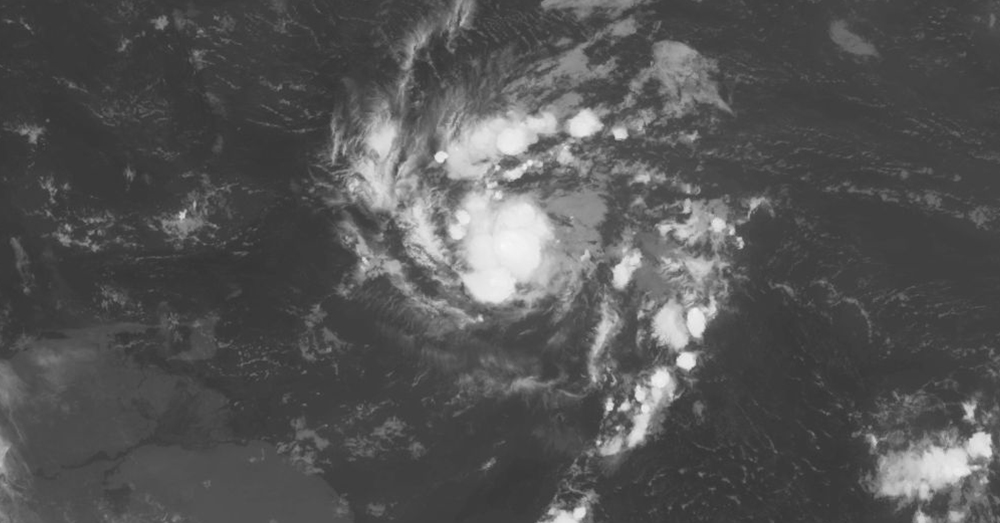 Dorian could change course before it crosses the Bahamas and eventually Florida, but forecasters expect the storm to hit the mainland by Sunday, Sept. 1, bringing winds between 130-156 mph, and drenching the southeast U.S. with up to 10 inches of rain in places.

“Because of the uncertainty in the track of this storm, every resident along the East Coast needs to be ready,” said Jared Moskowitz, the director of the Florida Division of Emergency Management. 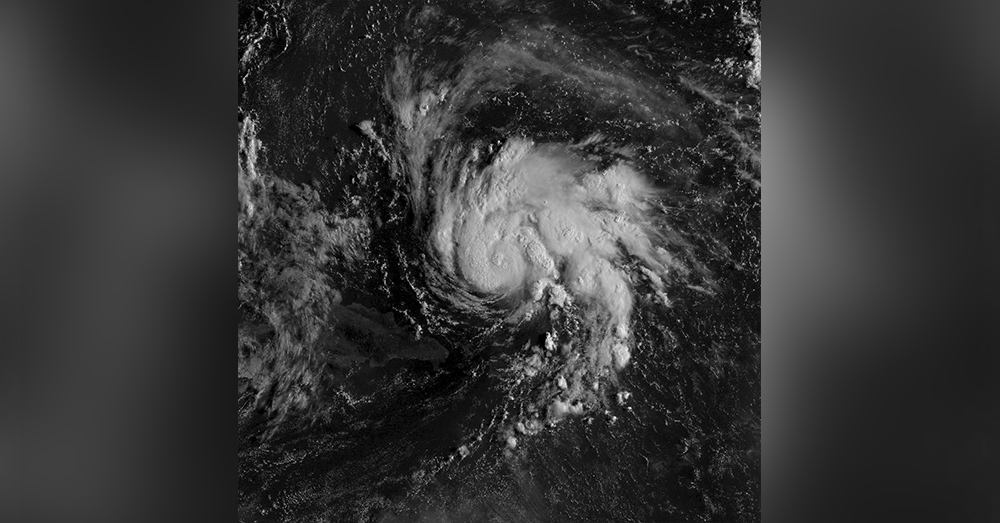 Source: Wikimedia Commons
The storm is expected to land in Florida on Labor Day.

Only category 5 storms are more intense, with winds topping 157 mph. The last category 4 storm to hit the U.S. was hurricane Florence in September 2018.

According to NBC, Florida Gov. Ron DeSantis has already declared a state of emergency for parts of the state in Dorian’s way.

As Hurricane #Dorian approaches, I’ve declared a state of emergency to ensure local governments and emergency management agencies have ample time, resources and flexibility to get prepared. Please continue to follow local reports and @FLSERT for updates. https://t.co/FyQM6wd8er

“It’s important for Floridians on the East Coast to monitor this storm closely,” he said in a statement. “Every Florida resident should have seven days of supplies, including food, water and medicine, and should have a plan in case of disaster.” 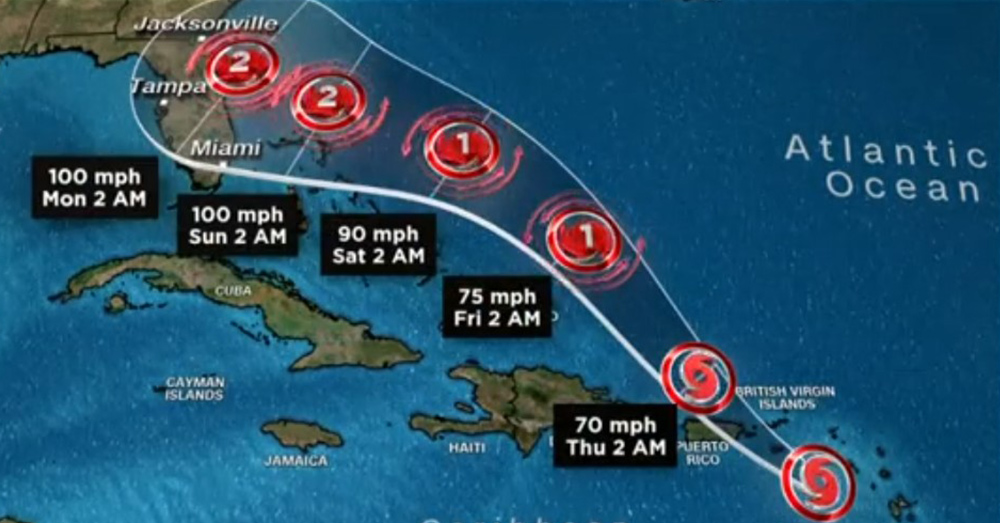 Source: YouTube/CNN
The storm could be a category 4 hurricane by the time it hits Florida.

Inmates in Pasco County are laying down sandbags in key areas in exchange for time off their sentances. Only non-violent offenders are eligible for the work, CNN reports.

“We typically have inmates assist with sandbag operations for citizens in every emergency storm situation,” says Pasco County Sheriff’s Office community relations director Kevin Doll. “I have been here 21 years, and they have been doing it at least that amount of time. Inmate work crews can be from anywhere from five to 10 inmates, depending on the job at hand, including sandbagging.”

Hurricane Dorian slammed into the Bahamas as a catastrophic Category 5 Hurricane, leaving destruction in its wake, and an estimated 13,000 homes destroyed. In the United States, Florida, Georgia, and the Carolinas are preparing for what could be the strongest hurricane in years.

Together, we can be There When It Matters, and help those affected by Hurricane Dorian in the Bahamas and along the Atlantic coast.

The Future Of The Northern White Rhino Species Lies In Frozen Sperm And A Surrogate Mother: Click “Next” below!