Hummingbird Builds A Nest With A Tiny Roof Overhead

It doesn’t matter what animal you are referring to, they are going to have someplace to rest and sleep. Some of them do it out in the open but others make themselves a cozy little home.

That is especially seen when it comes to birds because they build little nests in the treetops to raise their families and live securely.

Perhaps that is why it may not be a surprise when a mother-to-be bird found a way to make her home even better. 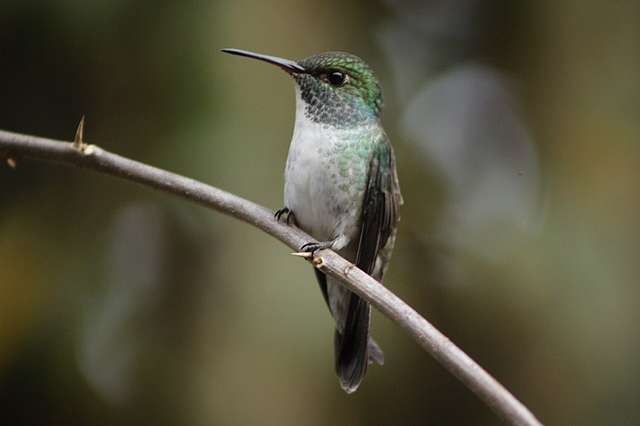 One conservationist who is familiar with seeing hummingbird nests near her home in Paraguay is Bianca Caroline Soares. She was taking a walk last spring when she saw something she had never seen before.

It was a hummingbird nest with a roof. 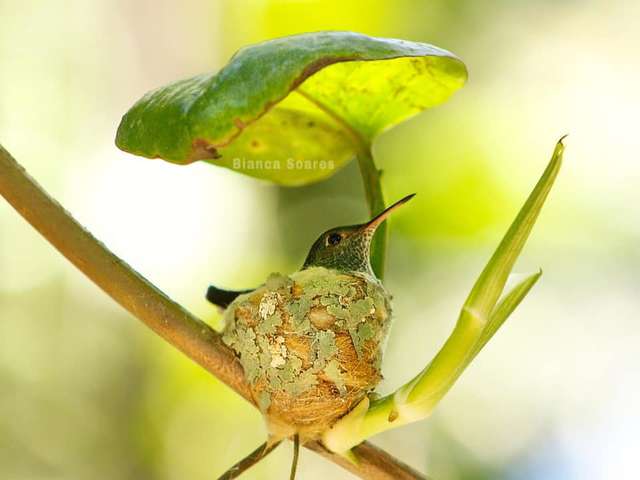 As you can imagine, she was impressed with what she saw.

“I saw five hummingbird nests that day, but this was the most ingenious,” Soares told The Dodo.

The shade provided by the leaf made it one of the nicest nests in the hummingbird neighborhood. It also was a good place to start a family. 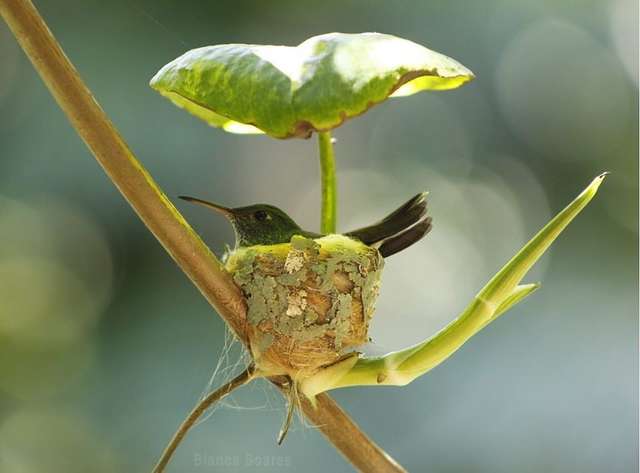 Soares continued to watch as things developed over the next few months and watched the family enjoy the home their mother had built.

When the days got hot, the little hummingbird babies were enjoying what their mother had done for them. 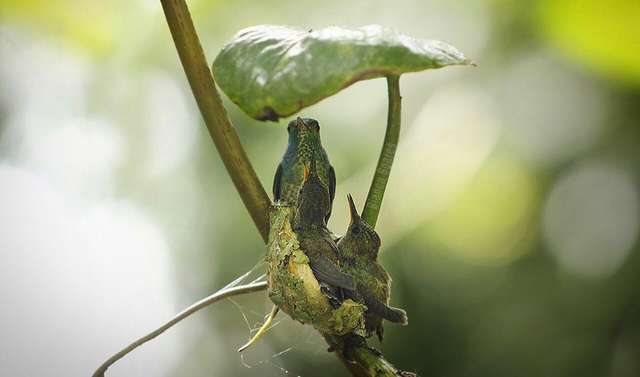 Soares hopes that seeing what this hummingbird mother did will help people to be more thoughtful when it comes to taking care of nature.

Thanks to the thoughtfulness of this hummingbird mother, her family thrived. The babies grew stronger and eventually left the nest for lives of their own. Hopefully, they took away some of their mother’s wisdom to build their own nests.