California Wildfires Are Making This Canyon Look Like Hell On Earth

Wildfires have been breaking out all over the west coast of the United States, and with so much hot and dry weather plaguing most of the western states, the fires have been burning completely out of control.

No more than a few weeks ago, a single teenager ended up starting a fire with a firecracker that burned up more than 10,000 acres of Oregon’s Columbia River Gorge over the course of a weekend.

When these kinds of fires get started, it is almost impossible for them to be stopped. Even with planes and helicopters that are capable of dumping thousands gallons of water at a time, firefighters who have extensive expertise in the area of wildfire control, and all kinds of special techniques, the fires still end up rampaging through thousands of acres at a time. 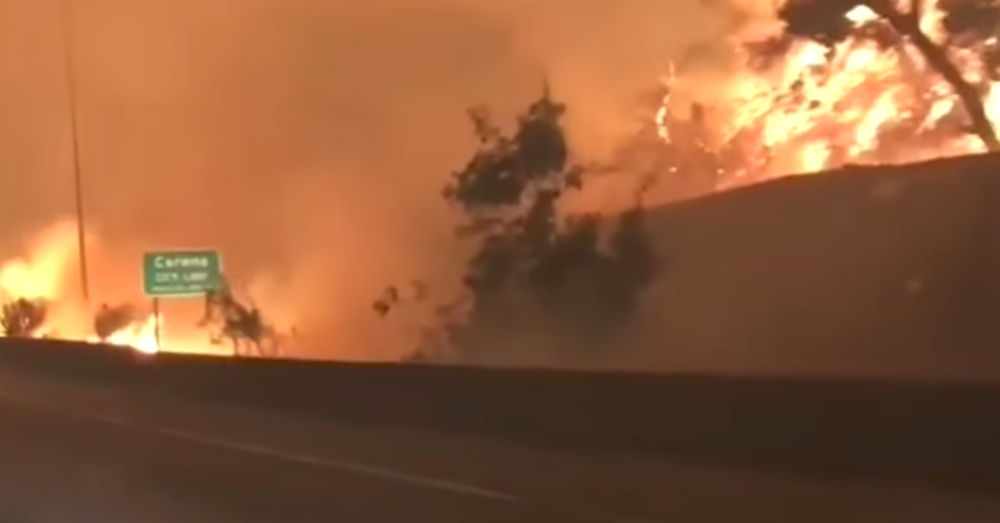 Right now, the Santa Ana mountains of Southern California have been set ablaze and it doesn’t look like the fire will be stopping anytime soon.

With 2,000 acres already burned, around 1,900 homes were under serious threat.

“It was just a tragic wind shift,” said John DeYoe, a firefighter and spokesman with the Corona Fire Department. “I don’t think those residents were really prepared.”

As of Tuesday, September 26th, the fire was only 15% contained, but the winds have at least started to die down.

October is prime-time for wildfires in Southern California, especially with the famed “Santa Ana Winds” that blow extremely hot air through the area, carrying fires much more quickly than usual. 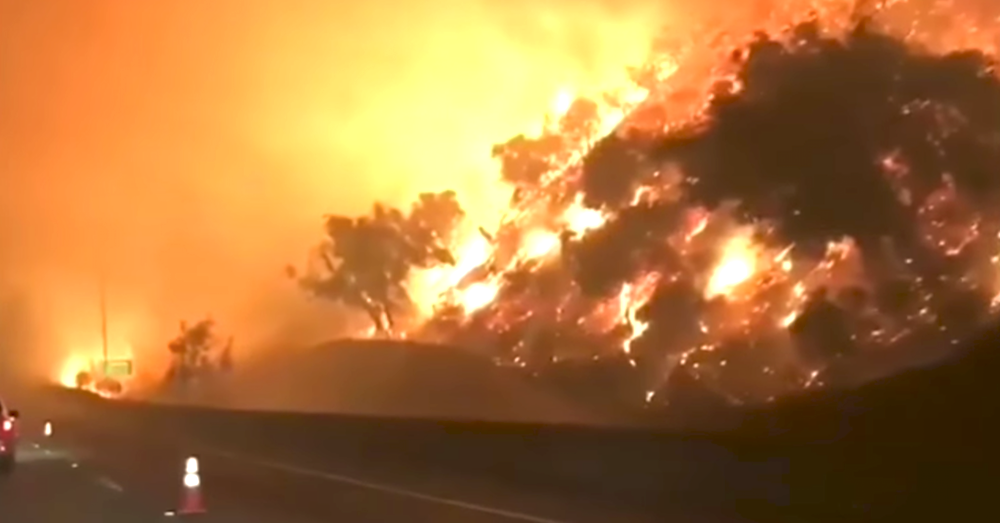 Mandatory evacuations were issued for the area as more residents became under threat of the fire’s potential path.

The most dangerous part of these fires is their unpredictability. Winds can shift at any given moment, giving a fire that seemed to have the potential of being extinguished rejuvenating air that allows it to spread even further.

Sometimes the fires will even jump across entire freeways from a wind change that starts blowing embers and flames.

Many residents have been forced to drive directly through the fires as they have set the hills ablaze right next to heavily traveled freeways.

To see what that looks like from a driver’s perspective, check out the video below.

Hopefully as the containment efforts continue from the 1,653 firefighters in the area, it will start getting safe soon.

With so many wildfires raging around the western United States this time of year, wildlife habitats are in even more in danger of being unable to recover after the destruction caused by the severe burns. This is especially true for pollinators like hummingbirds, butterflies, and moths.

To see how to help repair the damage from these fires, see the information below! Severe wildfires have been destroying important wildlife habitat in the southwestern United States. Southeastern Arizona is an extremely important migration corridor for 400 species of migrating and resident birds, especially hummingbirds.

Help restore these animal habitats from the extreme damage of wildfires.