All across the world, people have been using fireworks during celebrations ever since their invention all the way back in 7th century China. These exploding objects have been developed to burst in all different shapes, sizes, and colors across the centuries, even to the point of being able to create giant smiley faces in the sky.

But when most people think about fireworks, they definitely don’t start thinking about being able to see them underwater.

Thankfully, however, the people aboard the Exploration Vessel Nautilus have once again stumbled across another incredible sight during one of their many underwater excursions. 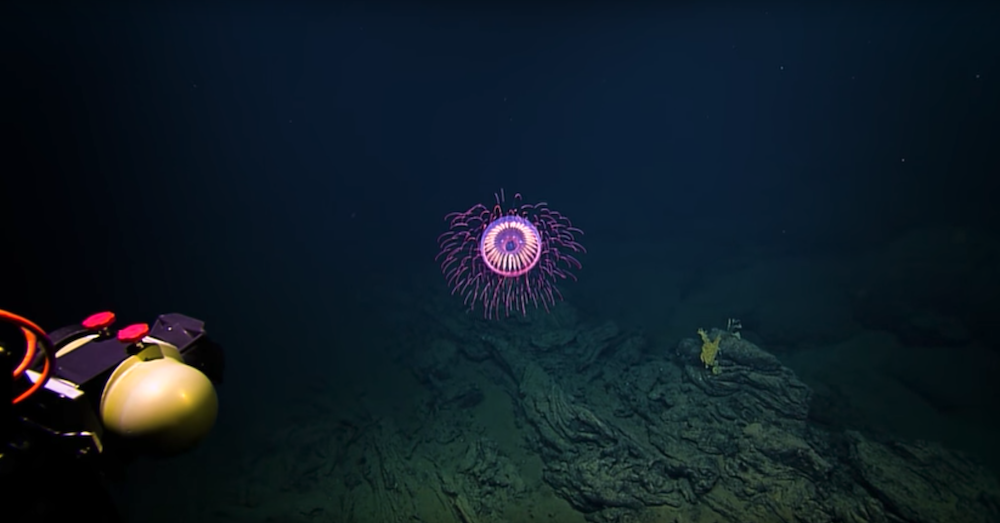 Out on an operation to gather ocean samples in the Revillagigedo Archipelago off Baja California, Mexico, at 1225 meters under the surface, the Nautilus submarine ROV Hercules crew spotted something out of the corner of their eyes floating by their windows.

What they saw was what looked like a real-life underwater firework exploding right in front of them.

In reality, it was a Halitrephes maasi jelly with some incredible purple, orange, and red colors. 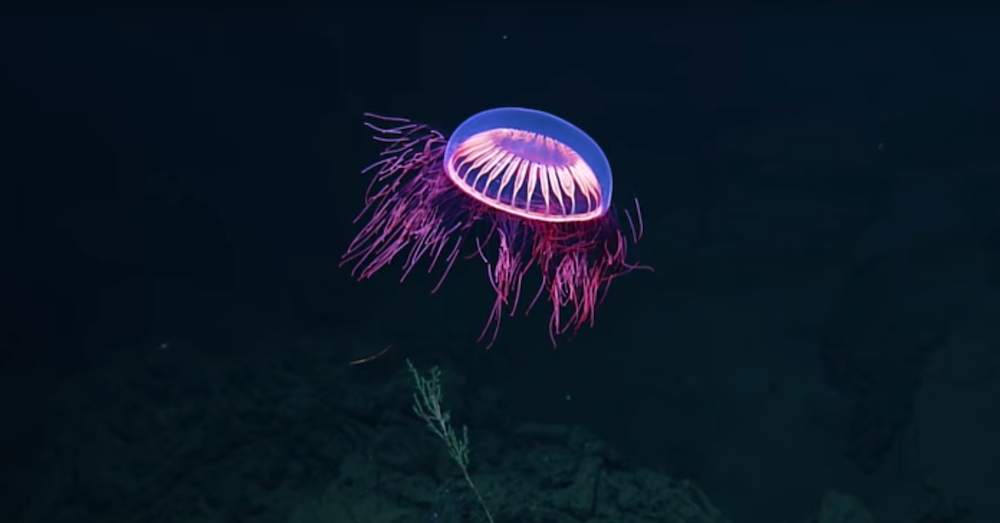 The frilled tentacles of this particular jellyfish species are so thin that they almost look like they are floating next to the body of the jellyfish, making them appear identical to the streaking explosions on the outside of a firework.

The middle of the creature consists of radial canals that help it move food through its body, and when the lights of the ROV Hercules sub hit it, they turn brilliant colors of pink and yellow to make it look like the large, initial burst of a massive Fourth of July firework.

Interestingly, without any lights to shine on it, this jellyfish would be almost invisible while it floated around the ocean depths because of its translucency.

Under the surface of our planet’s oceans are all kinds of creatures that are absolutely amazing but are very rarely seen. Thanks to this incredible team of explorers, we are finally able to witness these amazing sights for ourselves!

Check out the video below to see one outstanding jelly.