We’ve all seen a guinea pig. In fact, some of us may have even had one as a pet growing up, or still do. But have you ever seen a hairless guinea pig? They’re pretty unique-looking to say the least.

These interesting-looking little critters are being compared to looking like little miniature hippos. Others have even referred to them as “skinny pigs.” Regardless of what you may think they look more like – a skinny pig or a mini hippo – the pictures of these unique guinea pigs have been going viral.

The Facebook page, Awkward Animals, first posted the pictures of the little animals. The initial post went viral – getting shared more than 40,000 times on Facebook within the first few weeks! That points to the intrigue that people have felt looking at these guinea pigs – clearly a welcomed distraction from all the news about the pandemic.

While the post was popular and received many likes and shares, it also proved to be a major forum where people could freely discuss their thoughts and feelings about these hairless guinea pigs that were created in a science lab in the 1970s. The comments quickly began flooding in.

Several commentators were concerned for these critters because they were intentionally bred hairless in a science lab, resulting in skin irritation and possible health concerns. One person commented, “We need to knit them sweaters lol. Poor piggies.” Another said, “I bet they are cold too!” 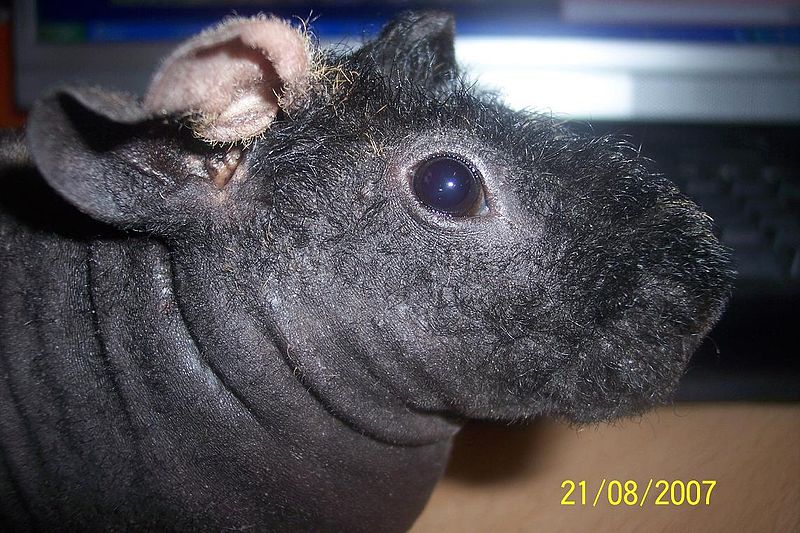 And while hairless guinea pigs may be making a current splash, this isn’t the first time they’ve been in the spotlight. Back in 2015, the website Mother Nature Network voiced concern over these animals being glorified as pets, saying, “their origins are from lab animals used for testing, and many people concerned with animal welfare — as well as the abundance of animals bred specifically for trends in the pet industry — have expressed concerns about hairless guinea pigs becoming so popular.”

Quite interesting. What do you think of the hairless guinea pigs?