It isn’t a secret that spiders aren’t everyone’s favorite animal. In fact, arachnophobia, or fear of spiders, is one the most common phobias individuals have. Maybe it’s their erratic movements, the fact that some of their bites can be deadly, or just the fact that they’re not quite as traditionally adorable as, say, puppies.

So, now is the time that I warn you: if you identify as an arachnophobe, you may not like what’s coming next! 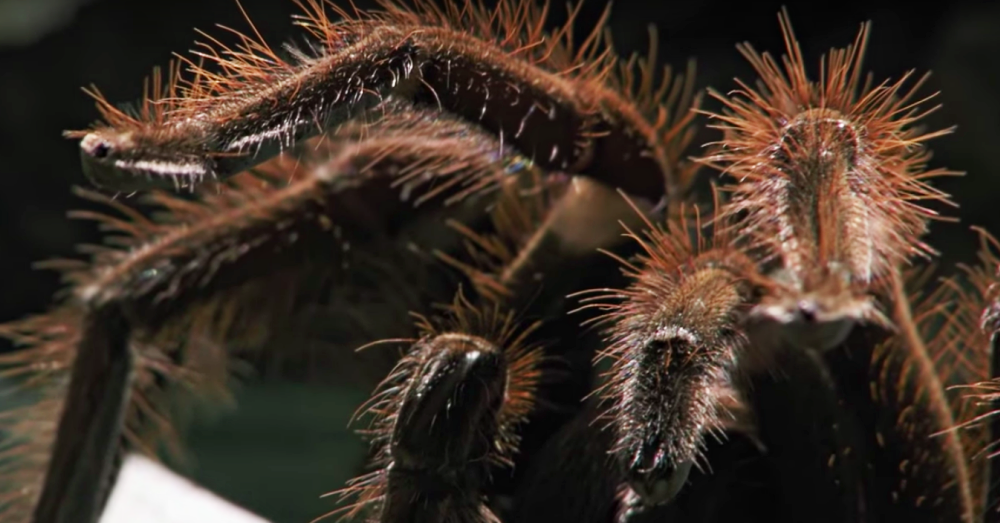 The goliath bird-eating tarantula is enough to make even the most devoted arachnophile’s skin crawl.

For starters, it’s the largest tarantula on the planet. So, for some, it’s the creepiest of the creepy. Or, maybe its ridiculous size provides you with a degree of comfort–after all, it would be pretty difficult for a spider with an 11 inch leg span to hide in your shoe! 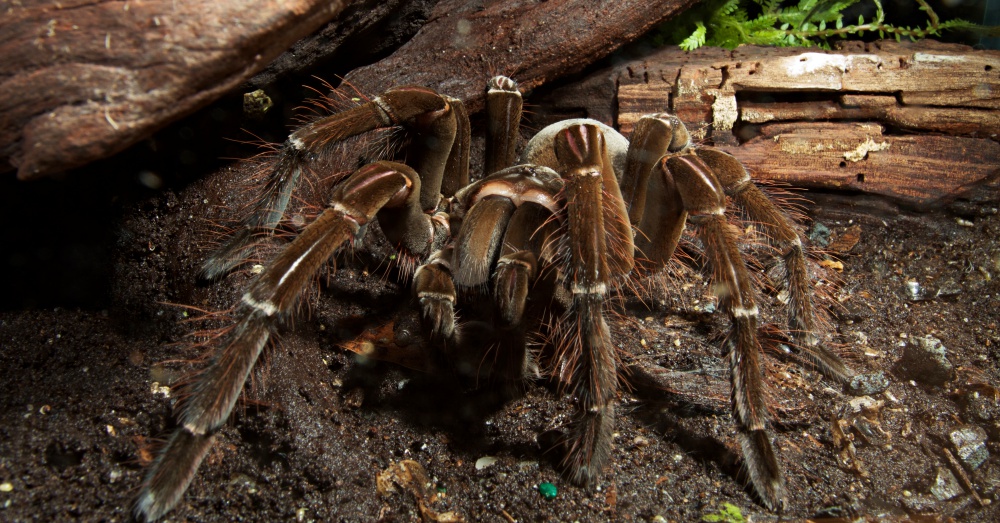 Of this spider’s eight legs, four of them are covered in spines. Which, you know, can make it look a little menacing… or maybe just adorably fuzzy. It all depends upon your perspective.

The goliath bird-eating tarantula’s fangs, however, are a little harder to put a cuddly spin on. In addition to its fangs, which, incidentally, fold under its torso and determine the directionality of their attacks–they typically impale their prey from above, they also have four fang-like appendages near their mouth. 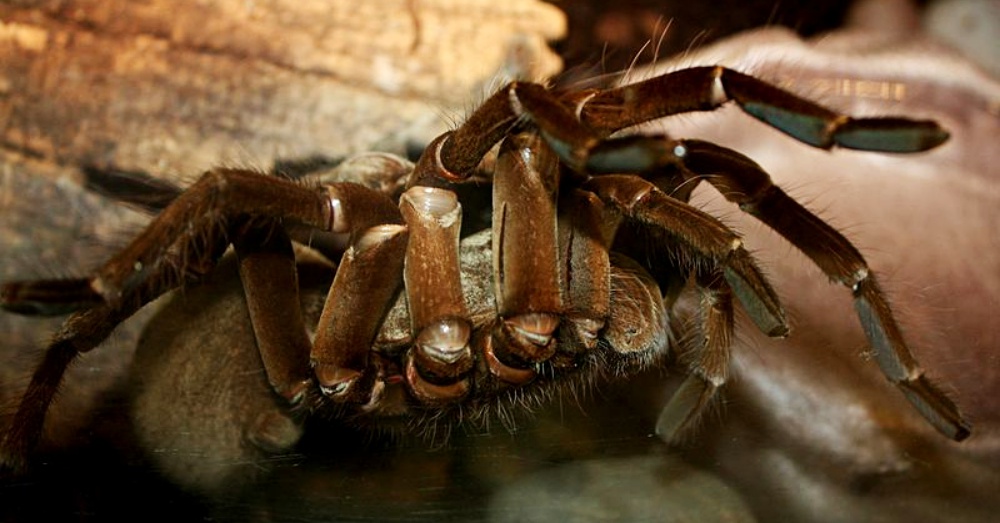 Two of these appendages are called chelicerae, and they contain venom. The other two are the pedipalps, which they use as claws (males also use them in reproduction).

Regardless of your stance on spiders, I’m fairly certain that if you’ve gotten this far, you’ll love the video below, which features a goliath bird-eating tarantula and its interaction with a gecko! Spoiler alert: things don’t end well for the gecko.