When we think of possums, we don’t exactly think cute and cuddly. We probably think more mean guardians of the trash cans who don’t look all that adorable. But there is one possum that is changing the world’s mind about possums with her picture.

Nature sometimes has a funny way of bringing us animals that look similar to pop culture icons – everyone remembers Kermit’s rainforest lookalike right? Well now, this particular golden possum from Australia is reinvigorating the internet because of its adorable resemblance to the iconic Pikachu from Pokémon.

I mean, if you put them side by side there is no way you can argue against them sharing a cuddly resemblance – even if the golden possum doesn’t have the ability to shoot electricity.

The rare, golden possum is from the common brushtail species of possums. Normally these guys are all brown. Sometimes though, their colors will vary between a silver-grey color, or black. But every once in awhile, there will be a gene mutation that ends up giving these critters a beautiful golden color. Talk about winning the genetic lottery!

The picture of the golden possum actually gained popularity back in 2018 after Victoria’s Boronia Veterinary Clinic and Animal Hospital posted photos of one that was brought into the clinic. 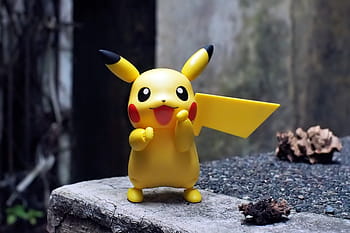 On a Facebook post, the clinic explained, “The golden color occurs due to a mutation which causes a low level of the pigment melanin which gives them their normal color.”

They went on to further explain how rare of an occurrence they are in the wild, since the beautiful color that makes them so visually appealing to us, is also what makes them so attractive to predators – kind of dark to think about. Fortunately, for the now-famous baby brushtail, she went on to be raised by carers at a wildlife sanctuary where she’ll be able to live out her life in peace and protection.

But for now, she’s making us all nostalgic for Pikachu.