People often say that the miracle of birth is a beautiful thing, and we totally agree. However, when this Sumatran tiger gave birth to her two cubs, her quick instincts were so extraordinary that it left her caretakers feeling like they had actually witnessed a miracle.

The Sumatran tiger is one of the most critically endangered animals. Experts estimate that there are only 400-600 wild Sumatran tigers left in the world.

So when Kaitlyn the Sumatran tiger was pregnant, conservationist programs carefully tracked her progress and anxiously awaited the birth of her cubs.

She was a first-time mom, and they wanted to make sure that the two male cubs entered into the world safely and were properly cared for. 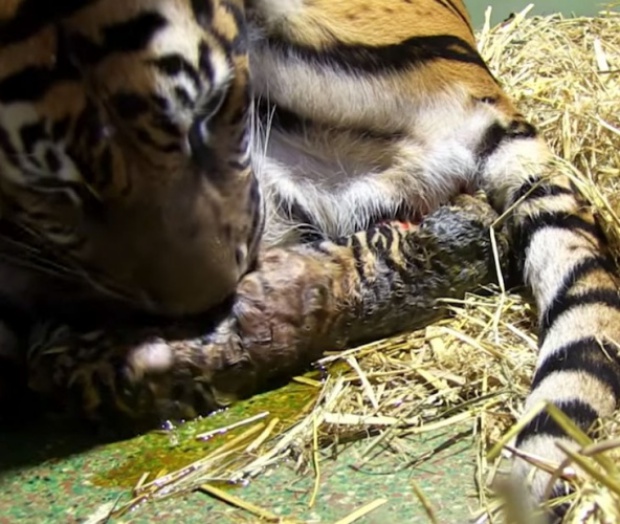 “We can’t risk the Sumatran tiger going extinct like its cousins, the Bali and Javan tiger. As a first-time mother, it’s even more important for the zookeepers to watch the birth of Kaitlyn’s cubs closely. They need to be ready to jump in at a moment’s notice if something goes wrong.”

When Kaitlyn gave birth, caretakers were immediately concerned when it seemed like one of the two cubs was struggling to breathe.

But they needn’t have worried. Kaitlyn was a champ, and knew just what to do to help her little one survive. 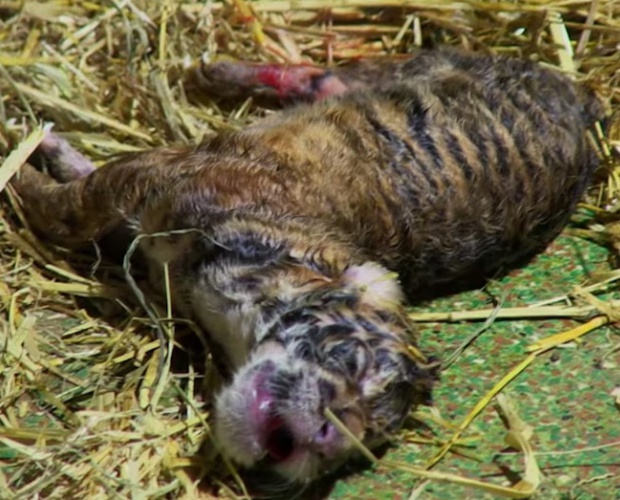 She began bathing her baby with her tongue, but it wasn’t just to clean the little guy up. The repetitive licking motion stimulates a cub’s lungs, so her grooming was actually helping him to breathe!

Kaitlyn was persistent, and kept bathing the cub until he was able to take a full breath. It was truly a beautiful sight to see.

The Australia Zoo caught the high-stakes birth on video. See this incredible event for yourself in this video, and watch as this mama saves her baby’s life.