A young lion named Red can’t help but want to explore the world around him — and it put him in grave danger one day.

One fateful day, the confident young lion ventured to the very edge of his territory… 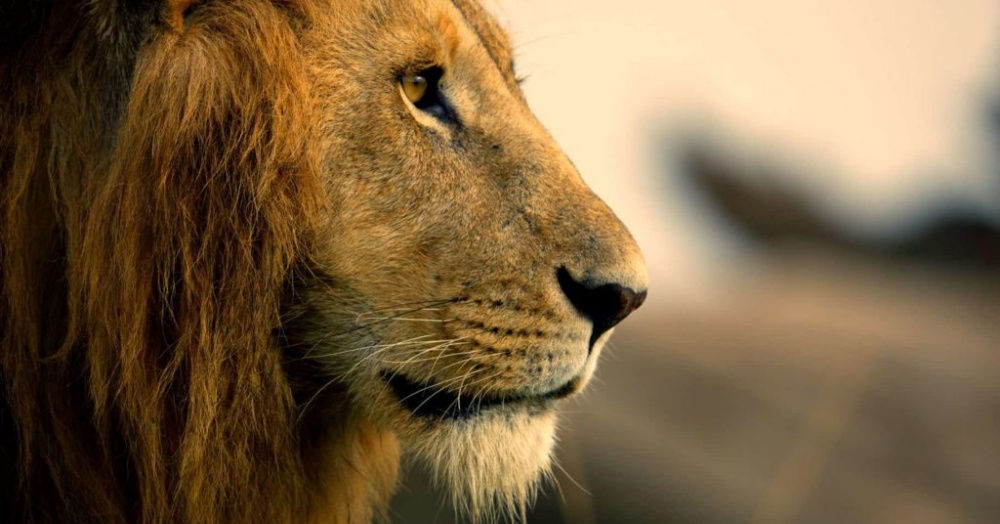 A pack of hyenas spotted the lone lion and swiftly surrounded him. They began to laugh and cackle in a horrifying way, almost as if they were mocking Red. 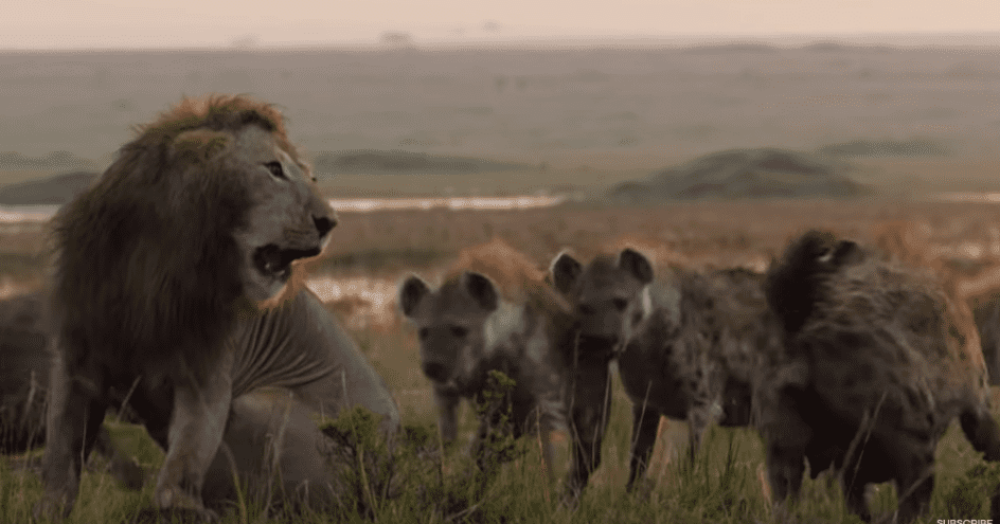 With hyenas on all sides and no other lion in sight, Red’s chances of getting out alive seemed slim. There was only so much he could do when faced with that many opponents all at once. 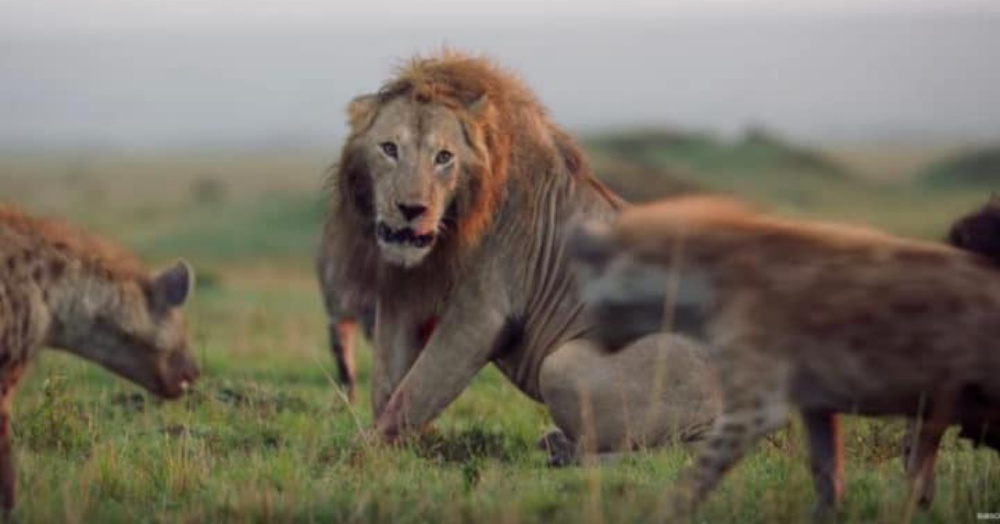 Red took his chances and growled at the pack of giggling animals. They stood their ground.

They crept closer, landing small bites on the king of animals. Red whirled and snapped, and the hyenas would scatter briefly before diving right back in.

Red launched himself at one hyena, sinking his teeth in his side — but the damage was minimal. And the rest of the hyenas seemed unperturbed by his attack and continued to dart in towards him. 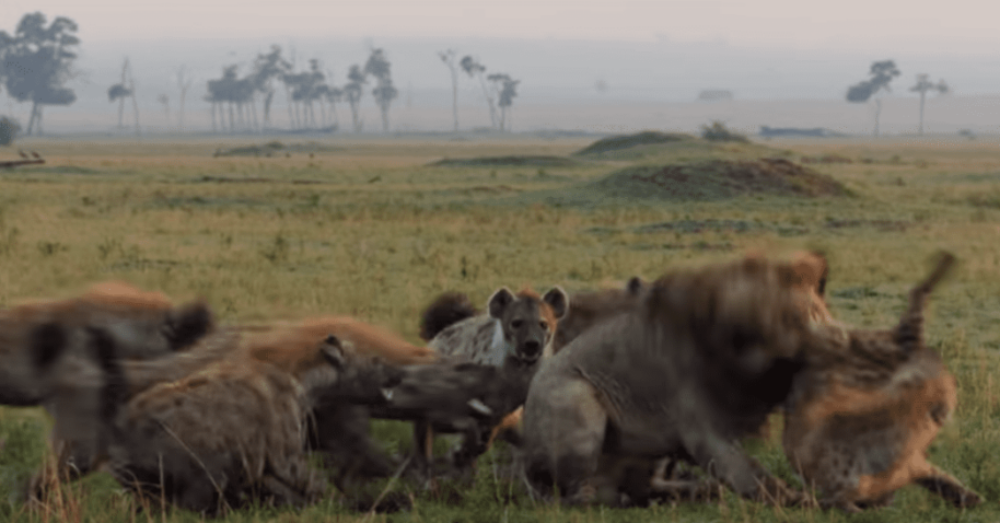 Red started to grow tired, and the hyenas could sense his weakening state. Their laughs grew louder, even as Red landed bites on them here and there.

He was pitifully outnumbered.

But just when it seemed like Red was done for, another lion appeared — Tatu. And he was not going to let his brother be defeated by a bunch of hyenas. 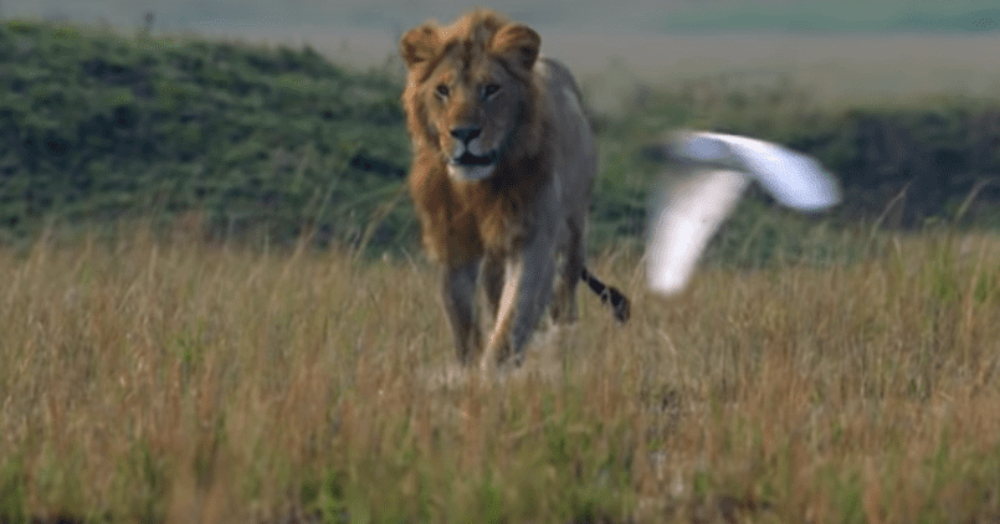 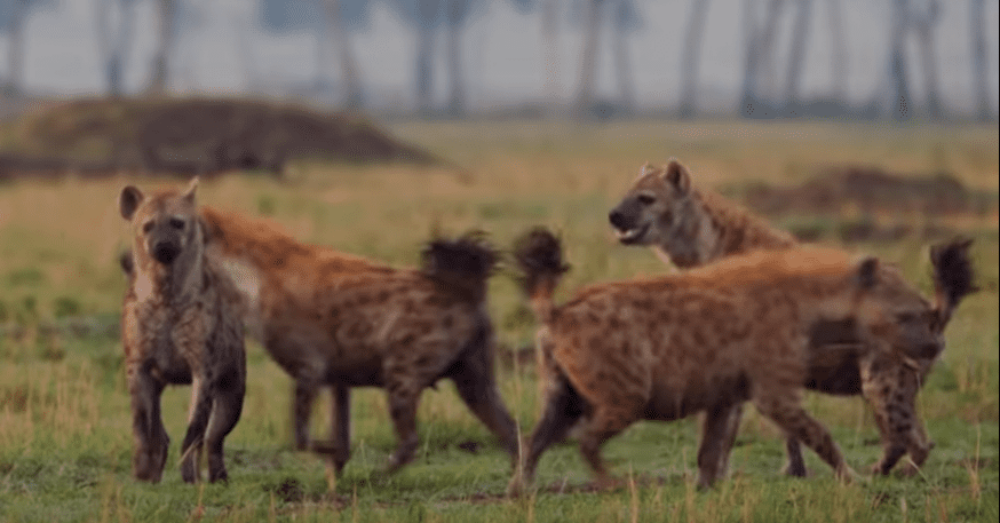 Then Red and Tatu sauntered off, nuzzling their heads together as if to congratulate each other on their victory.

Red’s coat was littered with welts from the hyena attack. He was wiped out from the fight and rolled onto the ground, and Tatu flopped down next to him, the two deciding a little relaxation was in order after their strenuous ordeal. 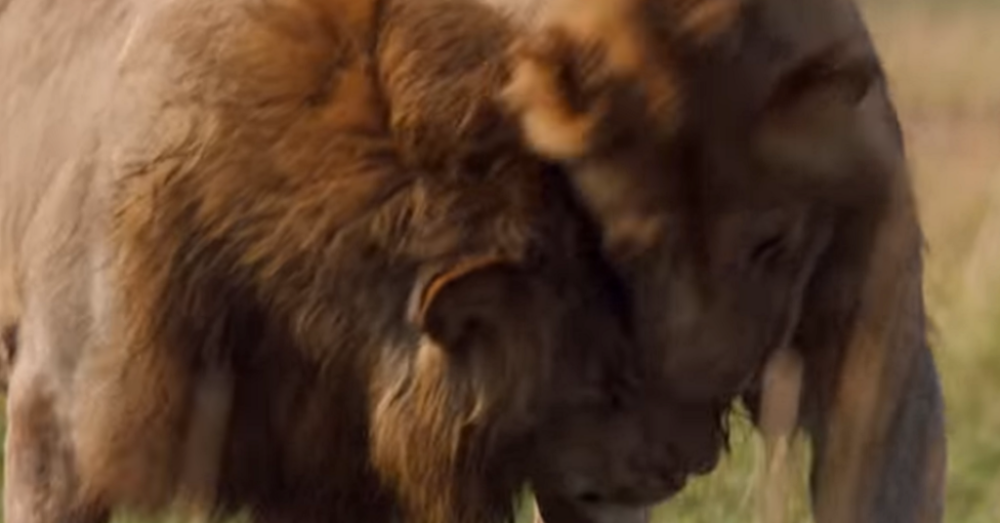 Take a look at the battle in the video below, which was shown on Dynasties, a popular BBC Earth show. Be sure to share it with your loved ones who could use a little inspiration to win a fight of their own — especially if they’re feeling outnumbered.