The fear of spiders is called arachnophobia, and it’s all too common. The idea of a fast-moving creature with eight legs and a penchant for hiding in dark shadowy corners is enough to make most people shudder.

Huntsman spiders, which live in Australia, are in a league of their own. They are HUGE. If I saw one in the flesh, I would flee immediately, no question.

However, some people see arachnids as beautiful creatures who are worthy of our admiration.

One of those people is Betty, who runs Barnyard Betty’s Rescue. The rescue takes in all different types of creatures. In 2015, she rescued a Huntsman spider as big as a dinner plate who likely would have been killed by the people who found her. Naturally, they were freaked out by the creature’s size.

Betty snapped a couple pictures of her unusual rescue, and she immediately achieved internet fame. 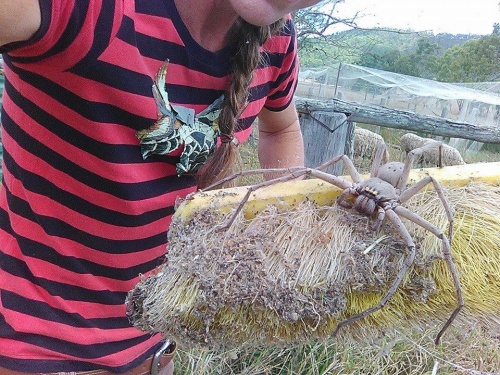 In the caption for her photos, she wrote:

“Yes, she is very real and very large and not photoshopped!!

“She was a beautiful, calm spider, not aggressive in any way and like most spiders she just wanted to go about her business eating bugs and living in peace.

“She didn’t or doesn’t need to be killed! Poor spiders are so misunderstood!”

She rescued the large lady from an old farmhouse, and named her Charlotte.

“The kids came running out of the house yelling to me that there was a spider,” Betty told CBS News. “Their mother wanted to kill it. I said ‘No, don’t kill; I’ll remove it!’”

Her usual method for trapping spiders involves trapping them under glass and then sliding a piece of paper under it.

That wasn’t going to fly in this situation.

“She was the size of a dinner plate,” said Betty. “So, I grabbed an old broom and gently got her to climb onto the broom head.” 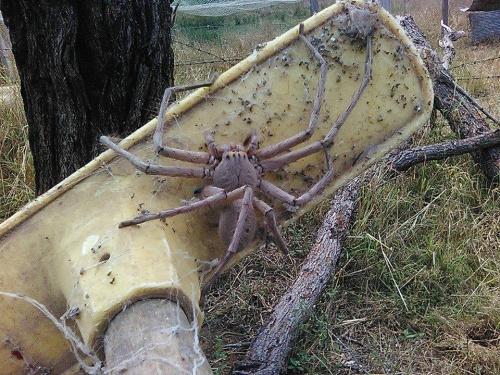 Plenty of people probably would have tried to kill the Huntsman or had a panic attack. But Betty saw the spider as something special, not something to fear.

Betty relocated Charlotte to an old shed on her property, where she would be safe from meddling humans.

After Betty posted the pictures on Facebook in 2015, they went viral, and still make the rounds today. People have pretty strong reactions to the pictures!

Betty is thrilled that Charlotte continues to change people’s perception of spiders, who are “unjustly vilified.” 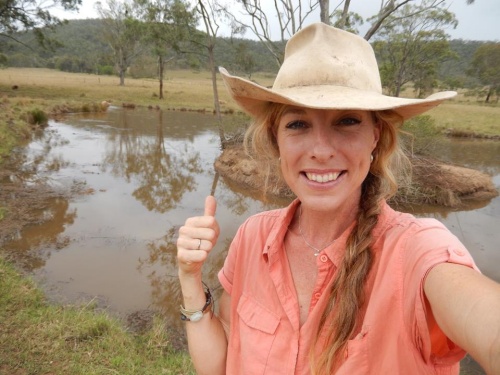 Though Huntsman spiders can get terrifyingly big — as long as 12 inches from one leg tip to the other — they aren’t dangerous to humans.

Betty sees Charlotte as a “beautiful” creature. While I can certainly recognize how incredible and majestic Charlotte is, I still will probably run the other direction as fast as I can if I see one in the wild.

Hopefully other people are able to see them more like Betty does!