The thought of being anywhere near a giant spider is terrifying to most of us. It’s easy to see why gigantic arachnids appear in books and films as villainous creatures — they just look like the stuff of nightmares.

Luckily, big bad spiders like Shelob in Lord of the Rings and Aragog in Harry Potter only exist in the fictional world.

However, there are scary spiders in this world that are very much real, like the Goliath Birdeater.

Like its name aptly implies, it is a ginormous spider that eats birds. In fact, it is the largest tarantula in the world.

They usually grow to about 4.5 inches in length, but some have been known to grow as long as 11 inches — that’s just about the size of a dinner plate, in case you need a mental reference.

On top of that, their thick, freaky legs can span up to 11 inches as well. They typically weigh a little less than half of a pound in total. 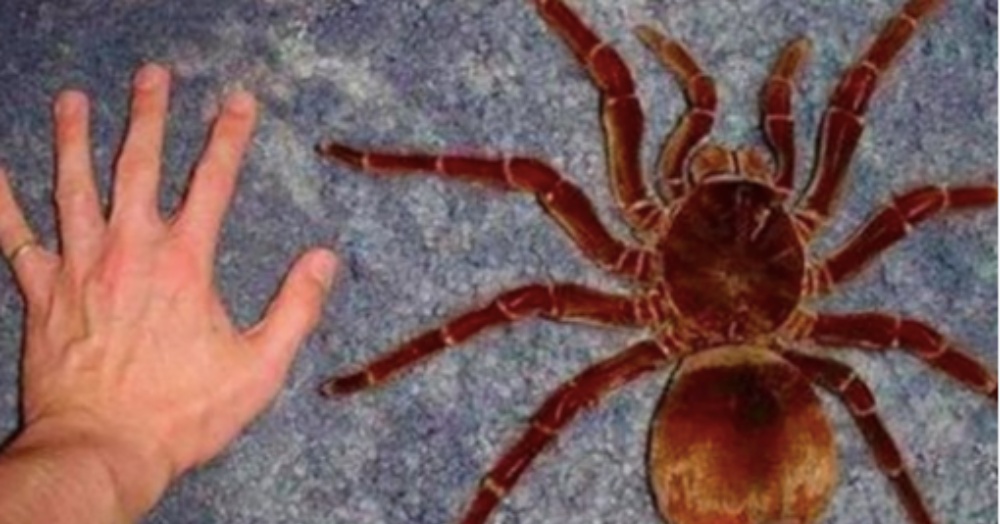 While they aren’t the size of a car or anything, they’re far from the small, skittery creepy-crawlies that inhabit the dark cobwebby corners of our houses.

Because they are such large and strong creatures, Goliath Birdeaters can feed on full-size sparrows.

And now, here are even more facts about Goliath Birdeaters that will make you want to crawl under the covers.

(I know, I know, you thought their size was scary enough, but these next facts makes them even scarier.) 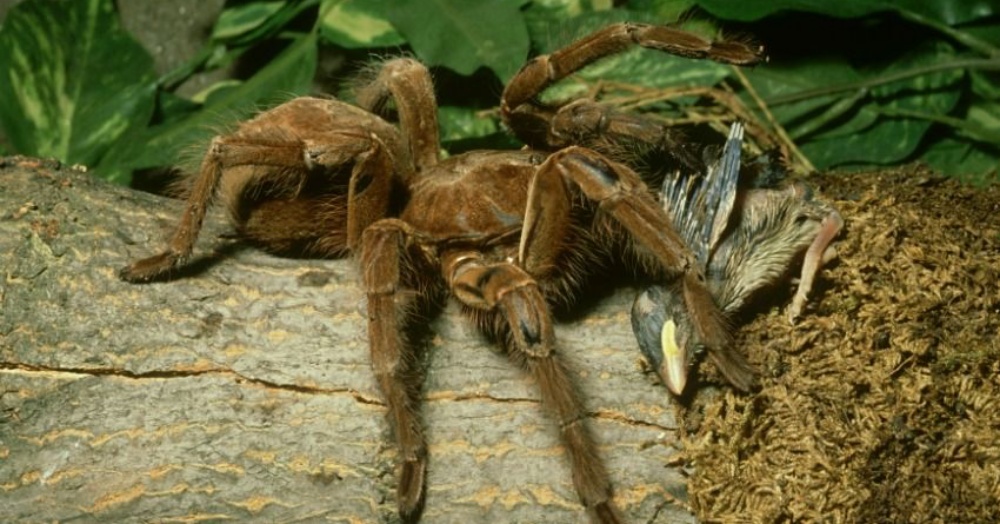 They have the ability to regenerate lost limbs when they molt. A lost leg or two won’t keep these bad boys from living to see another day.

They also can lay up to 200 eggs during one mating cycle — so they probably aren’t going extinct any time soon.

Oh, and they can shoot tiny barbed hairs out of the back of their abdomen. A spider with sharp projectile-throwing powers? NO THANKS.

Oops, one more thing — they have fangs that are large enough to break skin, and they produce venom.

Thank your lucky stars that the effects of a bite are only comparable to a wasp sting, and they aren’t considered dangerous to humans. They only ever bite if they feel threatened.

So just… don’t threaten one. Ever. 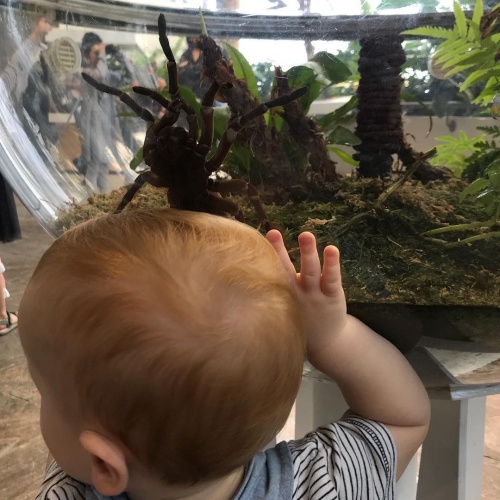 You’re unlikely to ever encounter one of these giants outside of a zoo visit. The Goliath Birdeater only lives in northern South America, in marshy, swampy areas of the rainforest.

If you want to be terrified further, check out this video to see one of these guys in action.