It was a day like any other day for Margaret Neville. She was on her farm in South Africa, looking around her garden when she saw something unexpected.

It was a bug that was perched on a branch in a lavender bush. She had never seen anything like it before. “I was amazed at first sight,” Neville told The Dodo.

One look at it and you can see why she was so impressed. 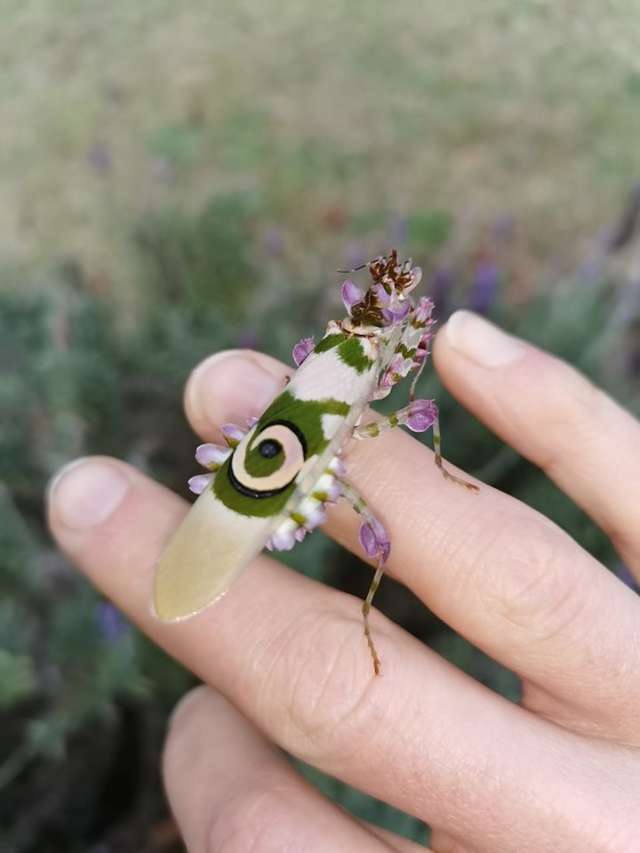 Her discovery resembled a glass sculpture more than it did an insect from her garden. The wings were green and white with a swirl that was incredibly beautiful. Purple structures that looked almost like flowers were found across the rest of the body.

Neville shared a picture of the bug with her friend, Kerri Martinaglia who said: “When I saw her, I thought she was an exquisite work of art.” 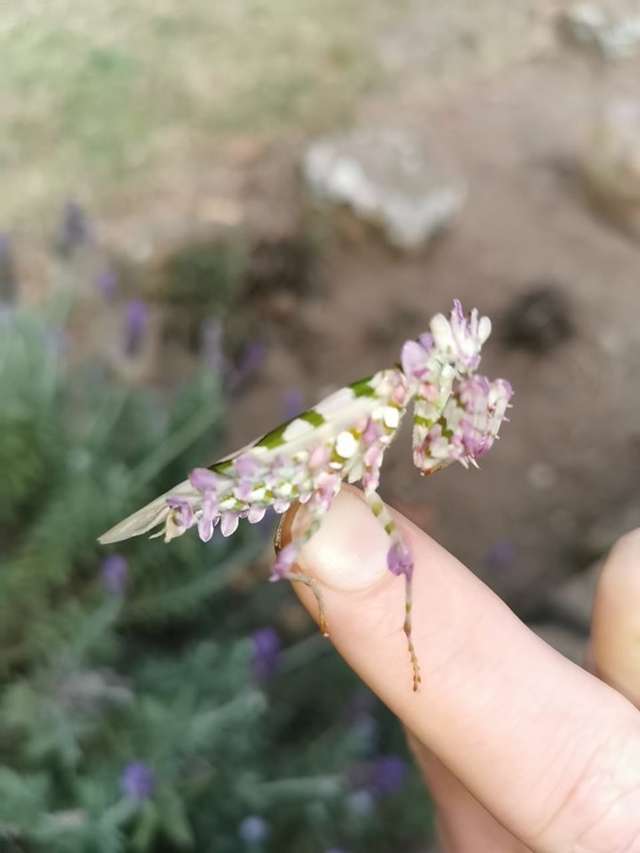 After some research, they found out that the bug was actually a ‘Flower Mantis’. It is a praying mantis that is camouflaged to hide well in the lavender bush and other floral settings.

Neville was impressed with the bug she had found and the fact that she was doing quite well. She decided to name her ‘Miss Frilly Pants’.

You can see her in this video:

“She has spent the entire month of September living on my lavender,” Neville said. “She is still there now.”

After sharing pictures of the bug online, people from around the world have come to love and admire the tiny creature. You might also like knowing that she has a fan in the garden as well.

Miss Frilly Pants was recently seen with a suitor in the garden. 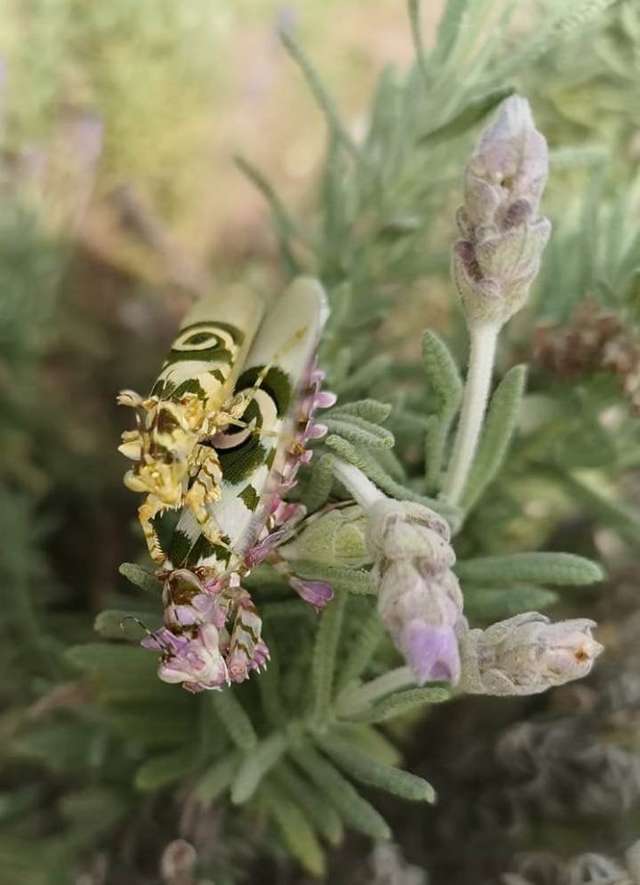 Praying mantis’ have a relatively short lifespan but we are hopeful that there will be plenty more Miss Frillys adding some beauty to Neville’s garden shortly.

In parting, Neville said: “What a blessing.”