Medical treatments and processes have made extreme progress over the centuries, and with the speed at which technology has advanced in recent years, medical professionals can perform miracle-like treatments with modern medicine.

And now with the help of new technology, research, and brilliant minds, people aren’t the only species who are getting some incredible, new life-saving treatments.

Two talented veterinarians, an environmental scientist, and a number of dedicated staff members at the CDFW Wildlife Investigations Lab came together to figure out a way to help save two bears that were badly burned by the Thomas Fire in California. 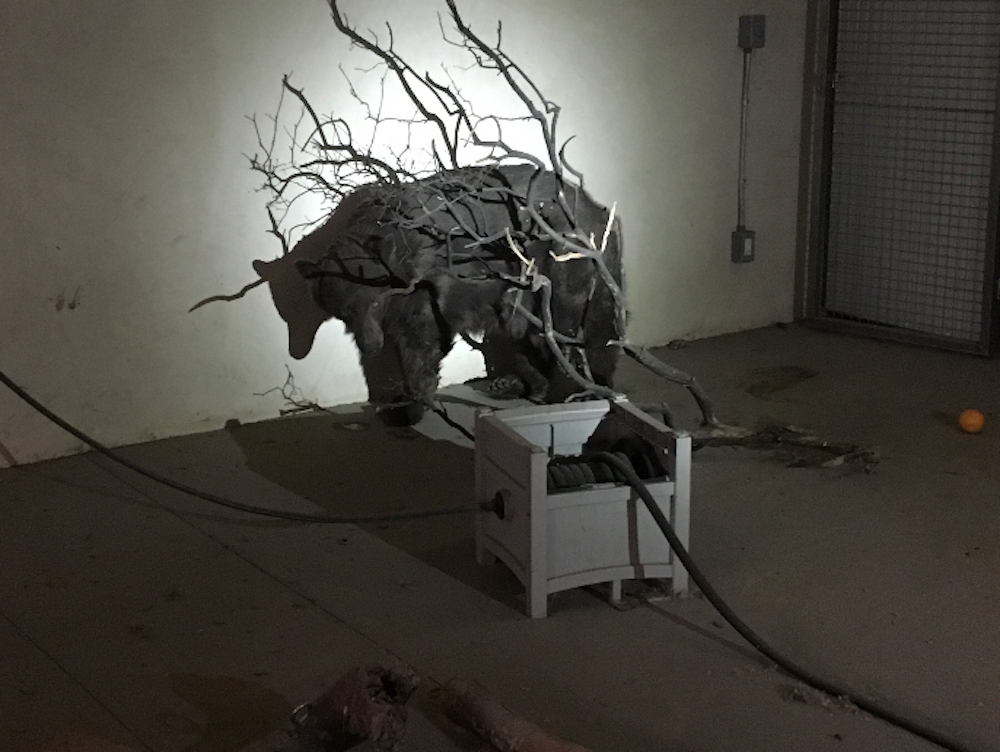 The first bear was found in a backyard aviary in Ojai with severely burned paws and in dire need of medical attention. But the rescuers and doctors who found the bear determined that it could have a good chance at recovery if treated quickly.

Dr. Jamie Peyton, Chief of Integrative Medicine at the UC Davis Veterinary Teaching Hospital, was contacted, and she immediately created a brand new burn salve and a procedure for sterilizing tilapia skins for bandages. 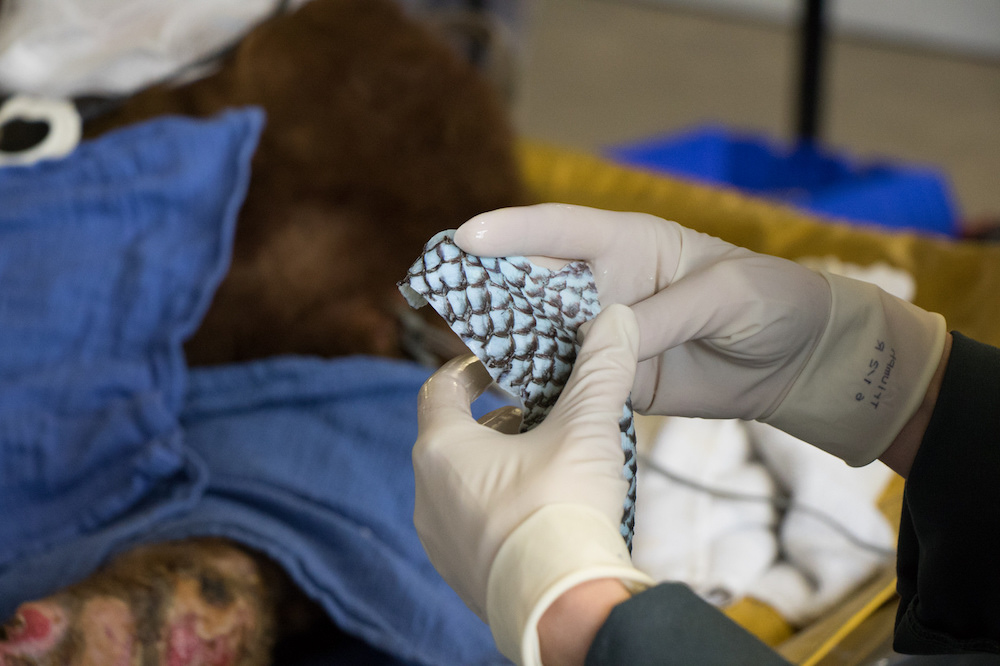 The skin of tilapia fish actually contains collagen, which is extremely helpful in treating burns because it helps to boost natural collagen generation at the site of the wound.

In order to keep the fish-skin bandages in place, Peyton needed to first cut the skin to perfectly match the size and shape of the bear’s paws, and then finished by stitching the natural bandages over top of the burns. 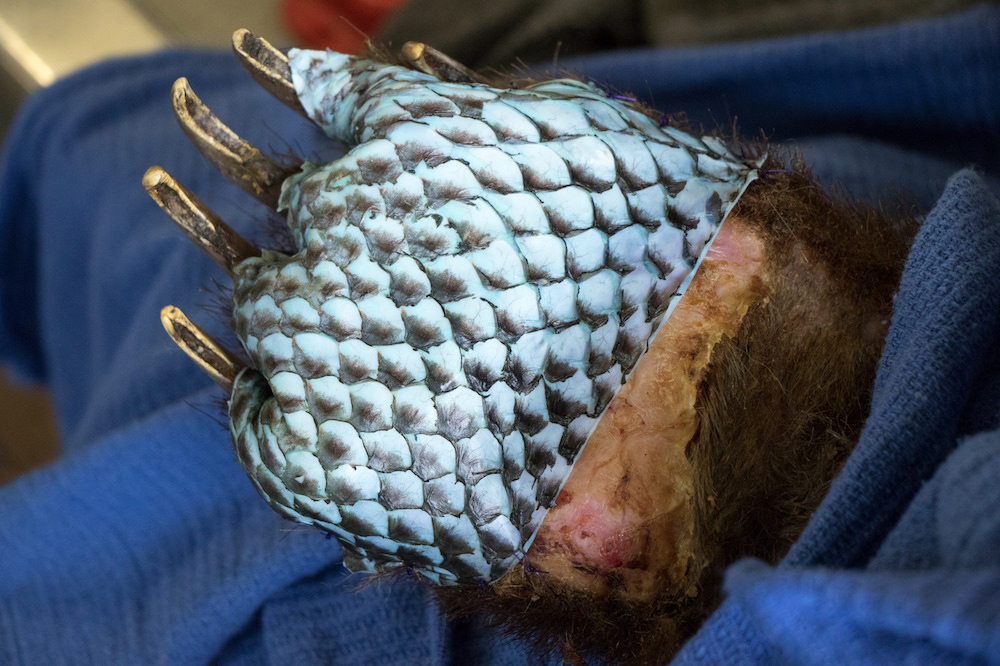 Just a few weeks after the first bear was treated, a second was brought in with the same injuries and was also treated with the fish-skin bandages.

When both bears were showing signs of being well on their way to recovery, the team began to look for places at which the animals could be relocated and put back into their natural habitats. But since the fire had burned their original homes to the ground, the team had a difficult time trying to find somewhere new. 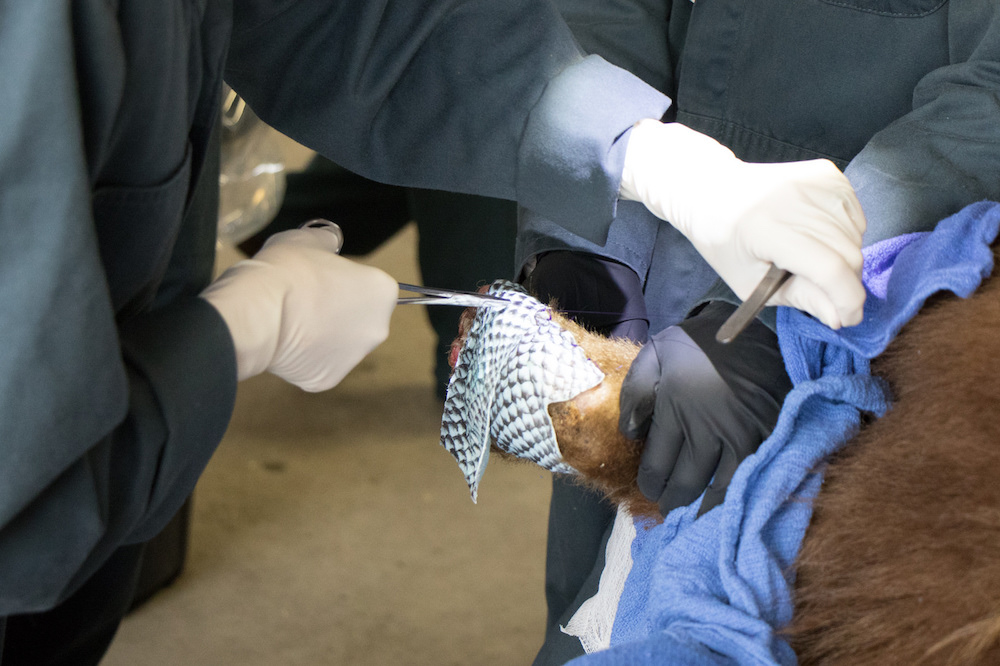 “A lot of wildlife habitat was destroyed by the fire, and there are already a lot of displaced animals roaming around,” CDFW Environmental Scientist Christine Thompson said. “So there’s a good chance that whatever location we choose is already occupied by other bears, but only they know exactly where that designated territory is. The best we can do is make an educated guess, and place them as deep into wild lands as possible.”

When two dens finally were found, the team brought the two bears to their new homes and ensured they were protected by adequate shelter while they slept off the sedatives given to the bears to ensure they could be relocated safely. 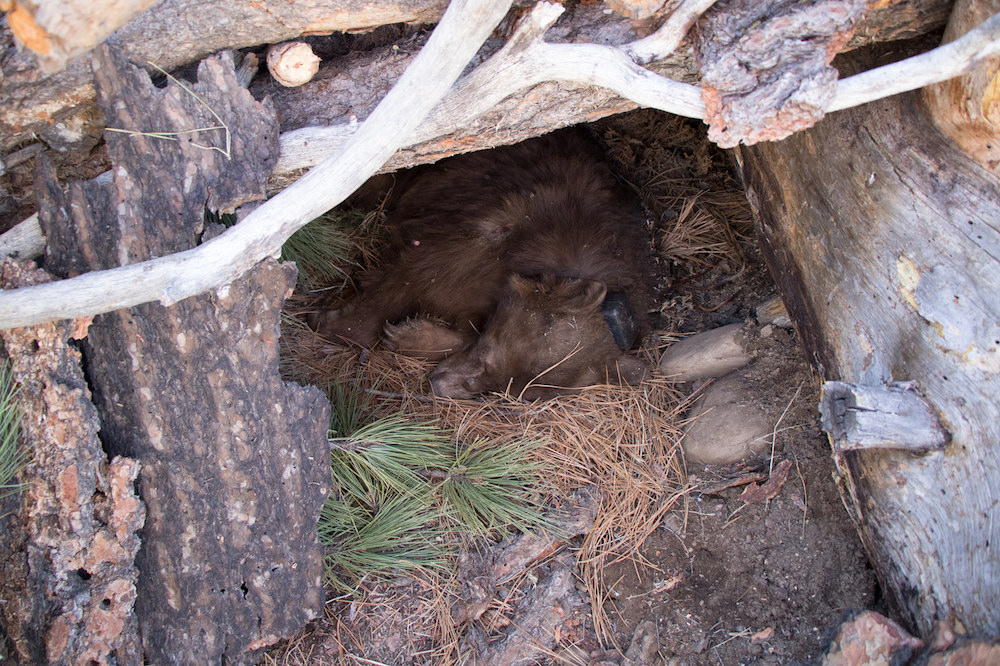 With incredible new medical procedures that utilize the healing properties of natural sources, the ability to rescue and heal wild animals could become even more significant in the very near future.

To see how fish-skin bandages were used to also treat a mountain lion recently, check out the link below.