California and other states on the western side of the U.S. have been recently plagued with horrific, dry weather that has been causing raging wildfires to spread out of control, burning their way through thousands of acres.

With such an extreme lack of water, especially in California, it becomes almost impossible to control these massive blazes, which have left many people and even entire communities without homes.

And now, the rest of us can see how much damage these fires have really done because of some incredible satellite photos that show the massive plumes of smoke alongside the burned ground.

The pictures below, taken by DigitalGlobe, a highly advanced satellite imaging company, were taken with infrared cameras to show the areas that were most affected by the fires. So when viewing the photos, the red colors represent living vegetation, while the gray colors represent areas that have been burned.

Here, you can see all the burned areas on the left side of the image, with fires still burning from the center towards the right. 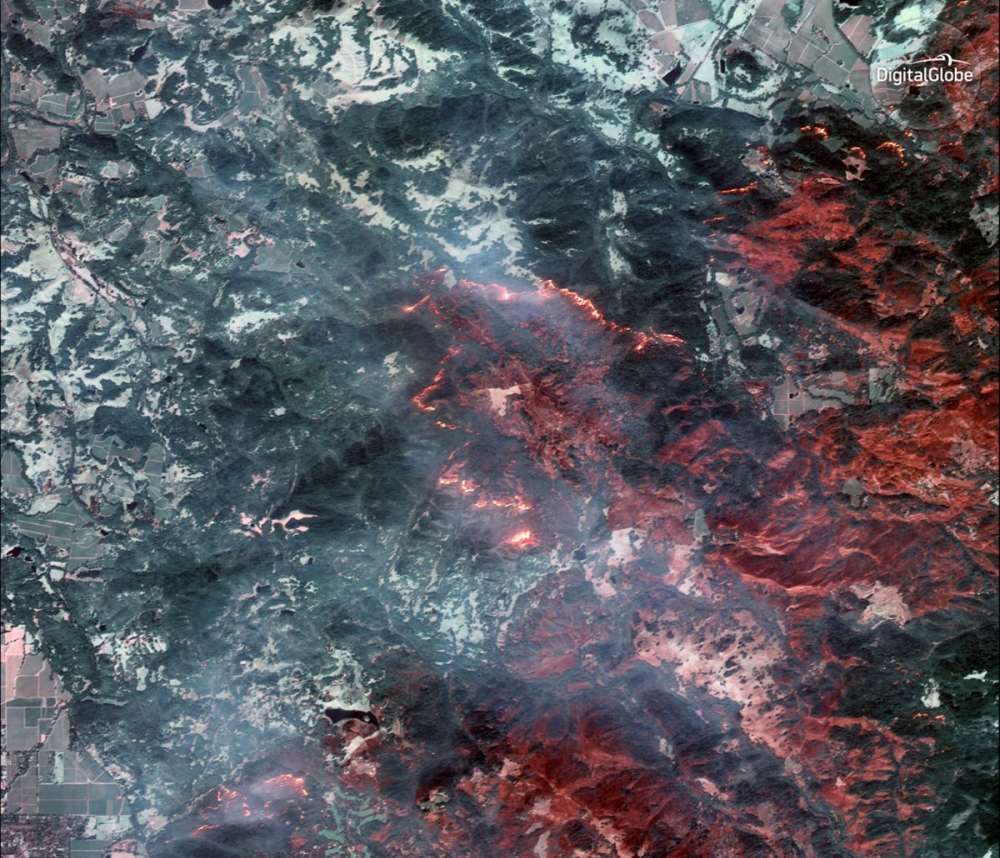 In this photo, you can see an entire community of homes that have been burned to the ground after the fires with one small area in the middle that went unscathed. 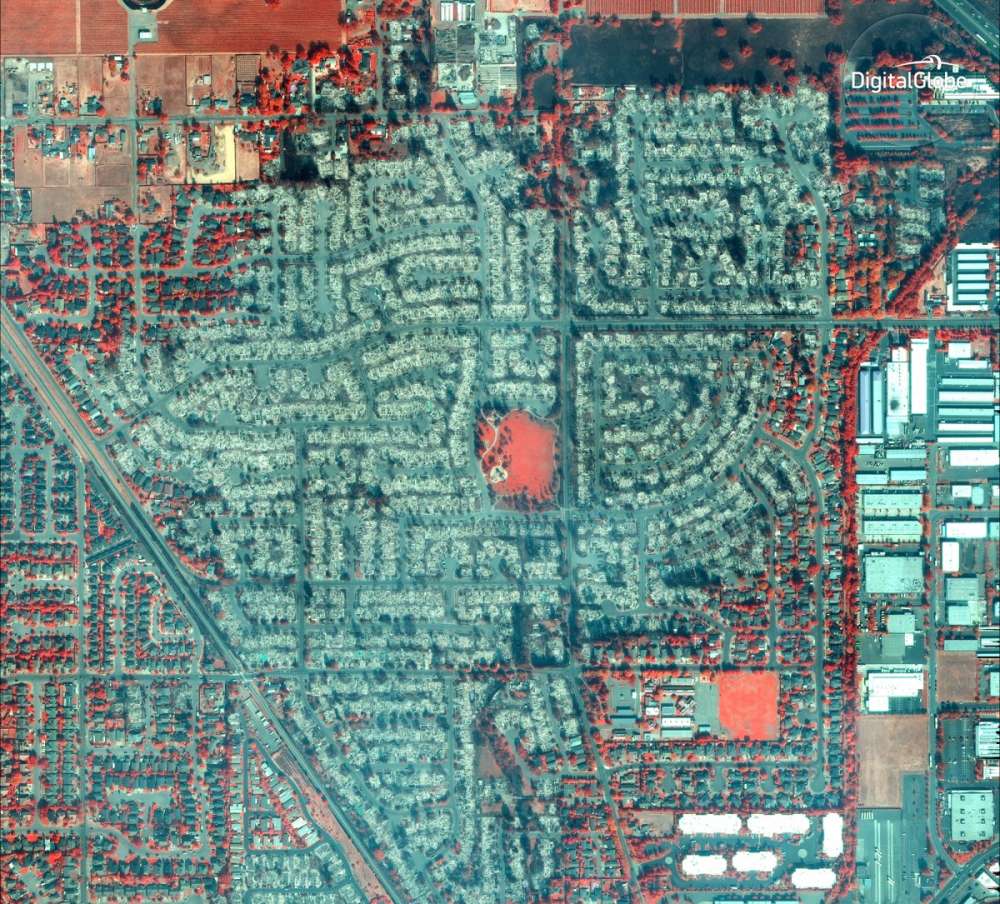 Here is a real-color image of another mass of homes surrounding a golf course that were also burned. 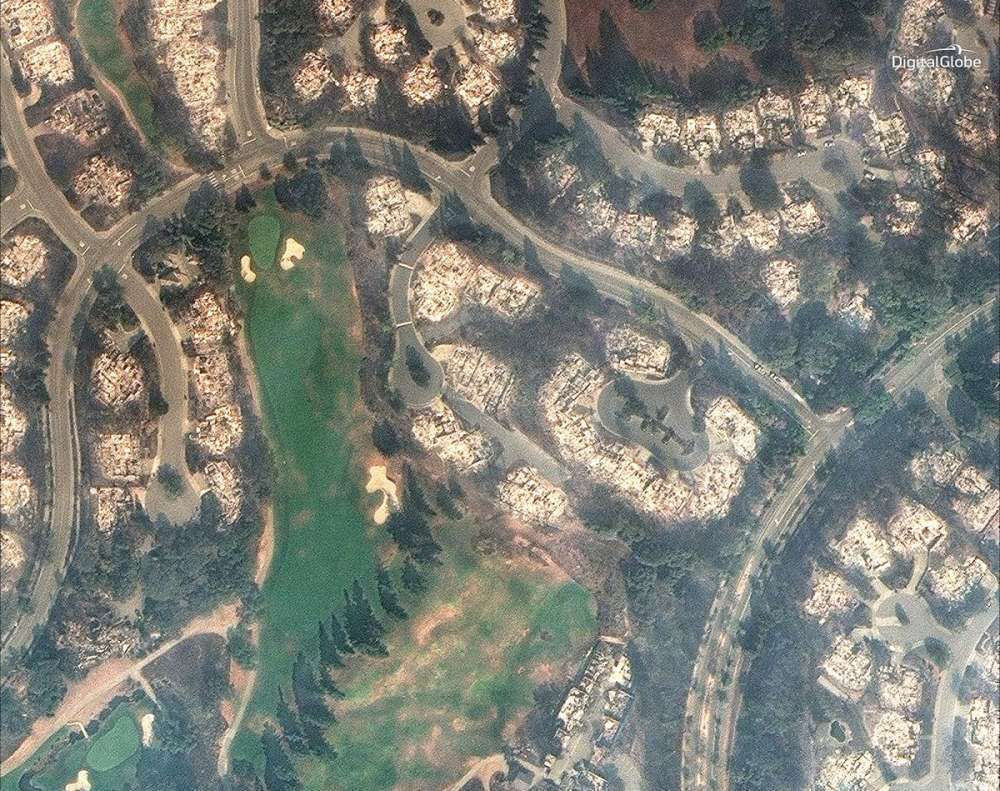 And here is yet another image where you can clearly see the fires making their way through the vegetated areas (red) after already burning through a large portion of the area. 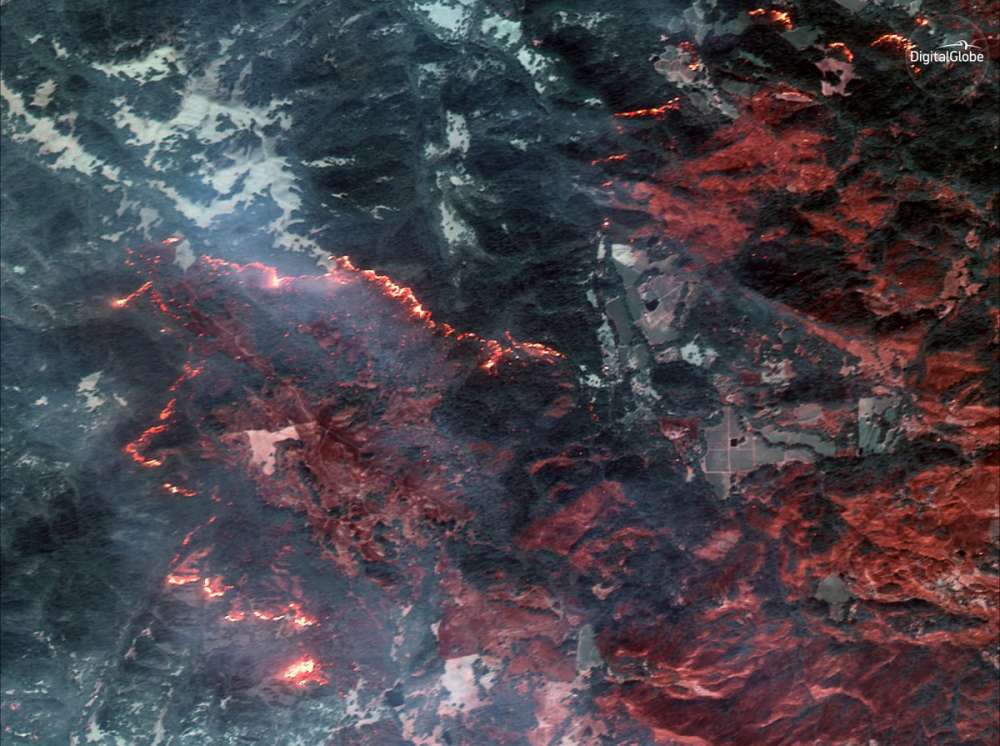 NASA has also been taking significant note of the wildfires that were spreading throughout California and took a much wider range photograph to show how big the smoke plumes became in the northern parts of the state around Napa Valley. 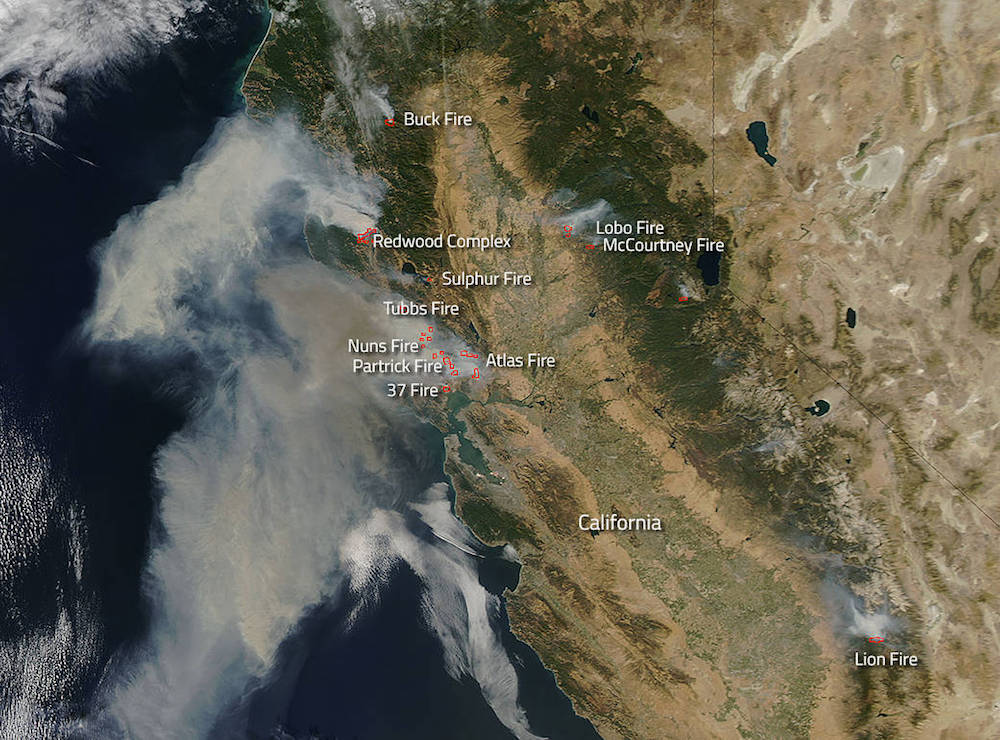 As you can see from all of these photographs, the damage and the areas that were affected is much more significant when viewed from miles above our planet.

These areas are still in need of help, especially in places where the majority of the homes were simply turned to ashes.

Check out the link below to see how to help!

Fires have burned through California’s Sonoma, Napa, and Mendocino counties as firefighters worked tirelessly to contain the blaze. 17 Wildfires consumed well over 220,000 acres and left over 20,000 people under mandatory evacuation.

Firefighters struggled to contain the fires, so people, pets, farm animals, and wildlife remain in need of help.

See how to help the people and animals who need it most.