Firefighter Gives Lizard CPR After It Downed In The Pool

Every life on this planet matters – no matter how small the creature may be. And one Australian firefighter was called a “hero” after he saved a drowning lizard from a pool. He even administered CPR to the unconscious little guy.

As temperatures were soaring to 93 degrees Fahrenheit, the tiny little reptile in New South Wales had found lifelessly floating in a neighborhood pool by some kids.

As the Gordon Fire Station revealed in a Facebook post, their off-duty firefighters were approached for help after the lizard had been found “unresponsive in a pool skimmer box by some children after failing to scale from the pool.” 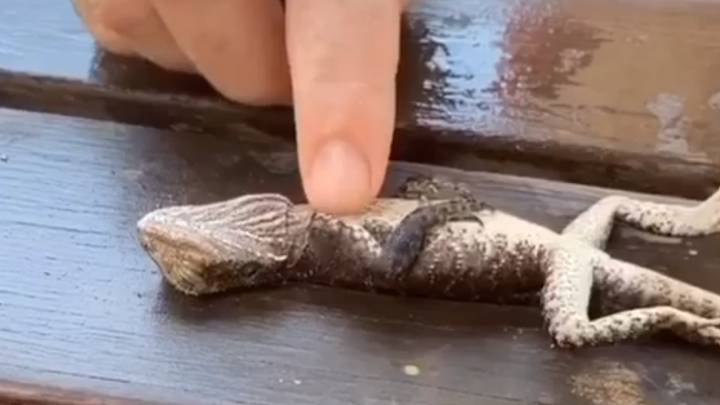 The firefighter sprang into action, turning the lizard over on his back and beginning cardiopulmonary compressions for a whole 10 minutes.

Incredibly, all his attempts worked.

The Facebook post stated, “After more than ten minutes things weren’t looking good for the little fella but soon after an occasional ‘gasping breath’ was noticed. From previous experience, our firefighters know this is not the time to stop so CPR was continued. Then miraculously ‘Lucky’ the lizard started to breathe on his own.”

The lizard thankfully was able to come to and quickly rolled over before running off. 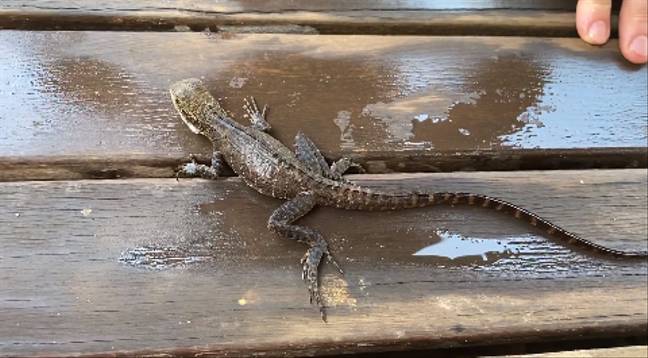 The Gordon Fire Station continued, “He was quickly rolled back onto his stomach and within half an hour with a little sunshine was back to chasing insects.

They added, “It also serves as a timely reminder to know your CPR action plan in and around the water as we head towards the end of summer. Another great save by the Gordon crew.”

Naturally, many people on Facebook had things to say, such as one person commenting, “Heroes!! Well done.”

Meanwhile, another person wrote, “All life is precious. Great work.”