The powerful Carr Fire inferno in Northern California has burned so violently and hot that it’s been affecting regional weather patterns. Most recently it’s developed a horrifying phenomenon of its own, a “fire tornado.”

According to IFL Science, the deadly twister originated from a “plume-dominated” section of the fires. Rising columns of smoke and ash have dominated the atmosphere, and essentially directed the wind into a cyclone.

“This is not what I would call a wind-driven fire,” U.S. Forest Service meteorologist Tom Rolinski told the Los Angeles Times. “It creates a lot of erratic fire behavior.” 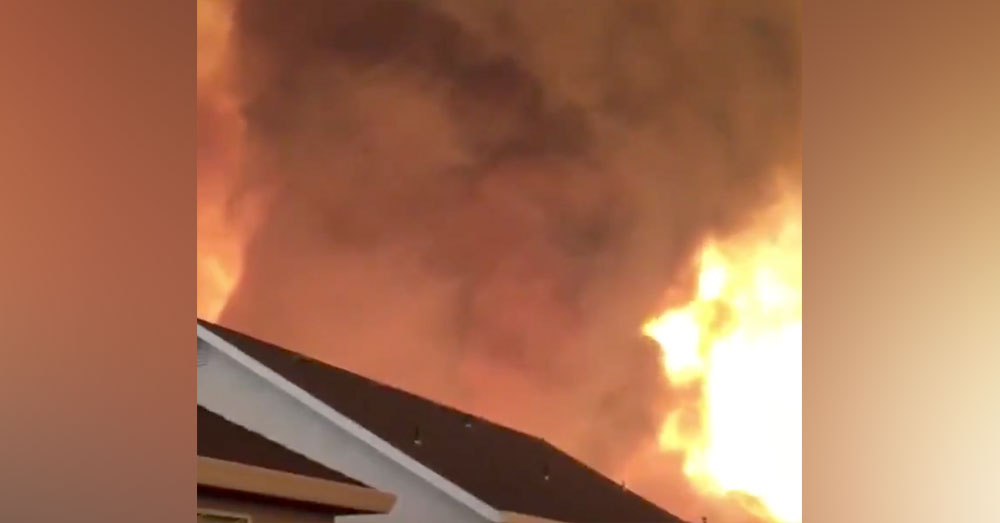 The wildfire has claimed six lives so far, including one firefighter and a bulldozer operator, destroyed homes, and taken otherwise everything from some of the people and animals living in Northern California. At least 65 homes near Redding have been burned to the ground, the Los Angeles Times reports.

The fire tornado alone killed three people. According to CNN, Ed Bledsoe left his wife and grandchildren at home in Redding when he went to a doctor’s appointment, only to find them consumed by the inferno.

“The tornado was hovering over the house,” Amanda Woodley, Bledsoe’s granddaughter, told CNN. “It was just a tornado fire over the house.” 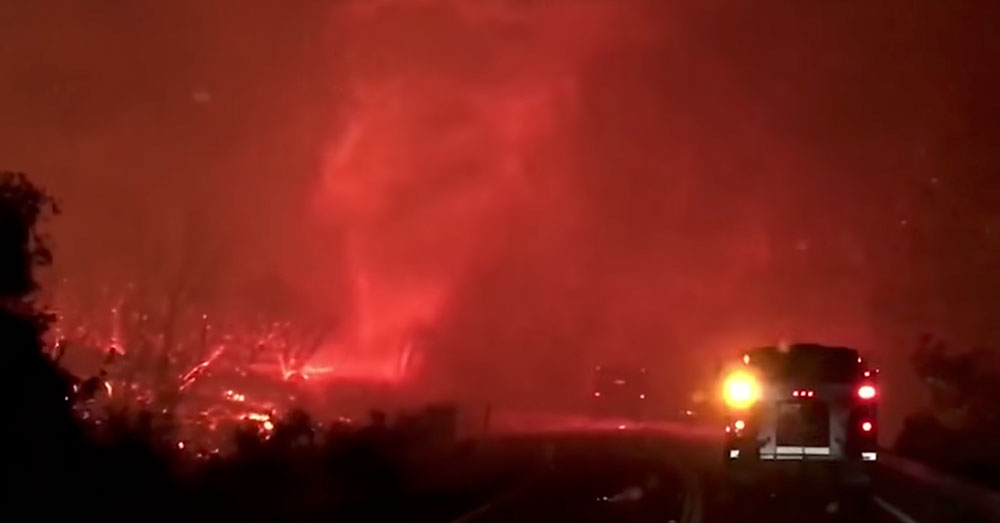 Source: YouTube/TIME
The tornado was caused by incredibly hot smoke and ash rising from the Carr Fire.

Certainly one of the most horrifying images anyone could witness, and Bledsoe and his family were helpless to save those trapped within.

“My son said the grass wasn’t on fire, the trees were getting sucked up in the air and burning,” Bledsoe told CNN. “He said when he opened his doors, the leaves hit him like somebody was slapping him. He said it was sucking his breath out, and he got back in his car and tried to get out.”

No, this is not a tornado. The Carr Fire in Shasta County created this rotation updraft. #CarrFire #California pic.twitter.com/CVvcafJBGK

Gusts of fire from the phenomenon were measured in excess of 50 mph.

“The wind went from zero wind to 40 to 60 mph winds within 15 minutes,” Justin Sanchez, whose house was destroyed In the fire, told CNN. “(There was) a loud disturbing deep growling noise as it spun around in a spiral. It seemed the outside was moving around so slowly, with two-foot sized pieces of debris floating in it.” 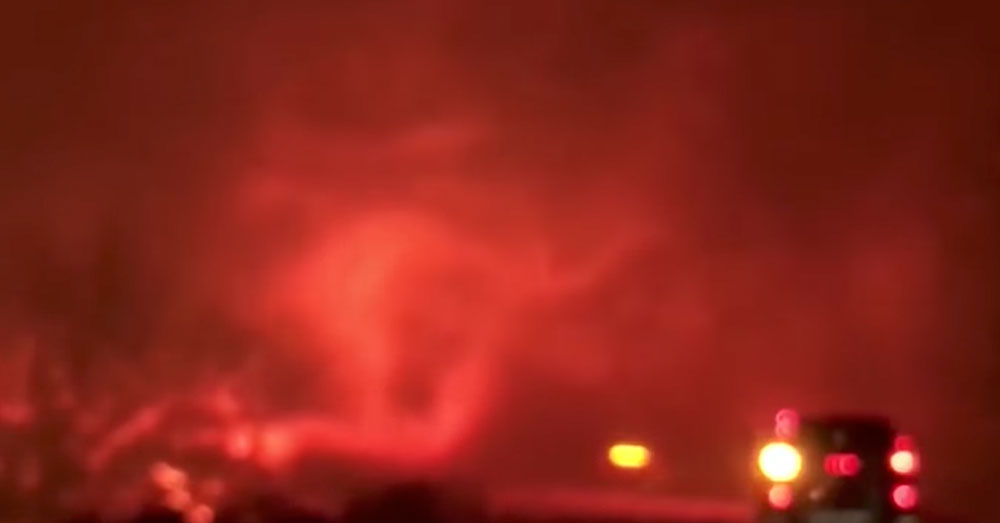 Source: YouTube/TIME
Firefighters in Shasta County have only contained about a third of the Carr fire so far.

The Carr Fire has caused at least $24 million in damages already, while firefighters have only contained about a third of the blaze. And may be getting worse.

Watch the deadly fire tornado in the video below.