Where these voices are not present, they may be written out of environmental policies altogether. And where they are present, but underrepresented at the table, the result is often blighted communities bearing the weight of environmental hazards that privileged neighbors have passed on.

In Sacramento, a group of environmentally-minded people of color have come together to buck this trend, and forge a new inclusive future.

“The basic principle of environmental justice is we speak for ourselves,” Joelle Toney, an organizers for the Red, Black and Green Environmental Justice Coalition told Capital Public Radio. “We recognize that in Sacramento boardrooms and decision-making bodies … people of African Diaspora are not present. These decisions are being made to our detriment.” 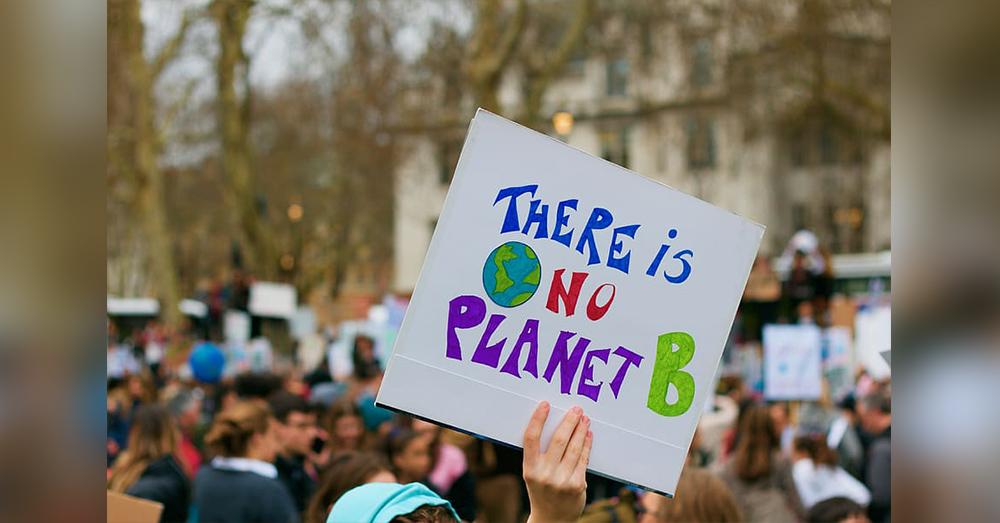 Source: Wallpaper Flare
Clean air and water is a right for all humans.

Community organizer Nailah Pope-Harden told CAP radio that she has seen the way Black voices in particular are marginalized, or included out of obligation, but left out of the resulting decisions that affect their communities. The residents of these communities have to fight at every opportunity for things like clean air, clean water and the health of their families, rights that primarily white suburbs have long taken for granted.

“We deserve free Tuesday nights,” said Pope-Harden, pointing out how often she and her colleagues are present at city council meetings to bring up community health and environment issues. “I don’t want to have to have every Tuesday night going to city council, like that’s the equity that I’m looking for.”

The Red, Black and Green Environmental Justice Coalition was formed to bring more visibility to voices of color in environmental policy making. A big part of the coalition’s goal is simply getting people to listen.

This hasn’t been easy. 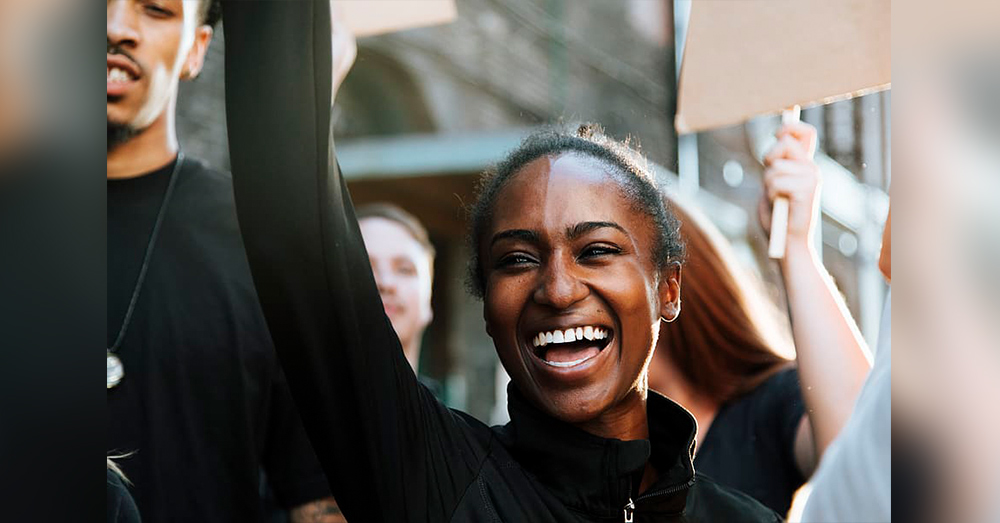 Source: Piqsels
There are many Black environmental advocates, but their voices are not always heard.

Third-party organizations contracted to help out with seemingly beneficial services have come across as out of touch.

“They got funding to plant trees in our neighborhood but never asked us if we wanted trees or what kind of trees,” said Pope-Harden. “They got money to do solar paneling or painting houses … and all of these things that they were getting through cap-and-trade funding, but never once came to the disadvantaged communities to listen.”

Black and minority communities are not lacking in environmental justice leaders like Pope-Harden and others in the Red, Black and Green Environmental Justice Coalition. Far from it, the ever-urgent fight for clean air and water has forged some of the most active environmental rights advocates in the country.

But they are absent from the headlines. They are left out of awards ceremonies. They are ignored at city council meetings. 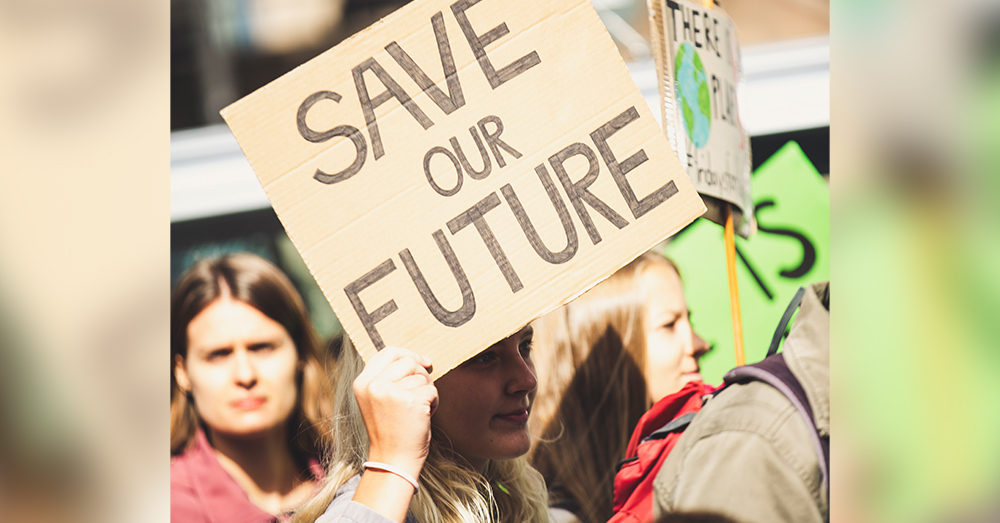 Source: Pexels
Environmental activism has not been immune to “whitewashing,” while the voices of people of color go unacknowledged.

In a piece for Grist, Derrick Z. Jackson is a fellow at the Union for Concerned Scientists’ Center for Science and Democracy and a former columnist at The Boston Globe, points out how awards were presented to environmentalists working to help the residents of Flint, Michigan, after widespread water pollution blighted the city’s vulnerable population, but not to people of color.

““No citizens who complained publicly about the water almost right away were cited as heroes, nor were any of the pastors who organized months of protests and marches,” Jackson writes. “Neither were any of the local politicians who took the people seriously early nor any of the community coalitions, local businesses or ex-felons who participated in bottled water drives when Flint was only a local story. Most of the original families who promptly conducted home lead testing remain anonymous.

“In remaining anonymous and absent from the ‘hero’ narrative, the Black residents of Flint have not been recognized as possessing the agency of non-Black figures involved in the crisis. They figured into the national narrative almost exclusively as helpless or hapless victims, whose woes needed vetting by credentialed, non-Black doctors and scientists. It is a type of modern racism that appears in many forms all around us.”
The National Wildlife Federation blog, “Voices from the Great Lakes: Black Leaders Unite for Environmental Justice” contains several interviews with Black leaders from many different levels of environmental policy making.
Among the interviews: 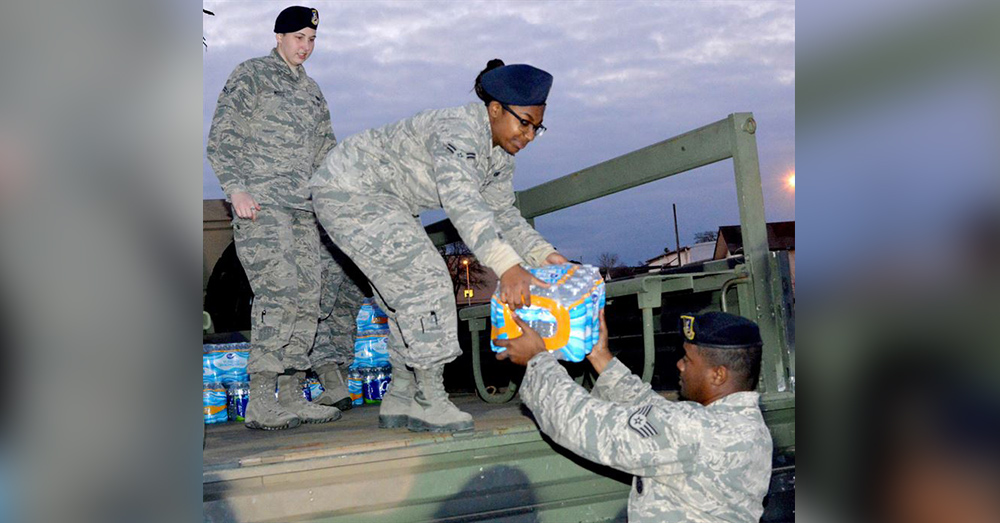 Greenpeace highlights several Black environmental activists in this article, including:

Tanya Fields, founder of the BLK ProjeK, which seeks to help women rise out of poverty and sustain their families.

I love it when volunteers pop up on us. Loyalty, saw our piece on @the.root’s FB page and asked to come volunteer, YESTERDAY. Todaybshe came through and weeded, planted, and pruned. She got to experience the craziness that is my mouth and meet our Summer Youth kids who got to take it easy today. Loyalty, thank you for coming through and I hope to see more of you. Hit us up if you want to volunteer or click the link in our bio to #DONATE #volunteers #communitybuilding #communitymembers #blackgirlmagic

A post shared by The Black Feminist Project (@theblackfeministproject) on Aug 9, 2017 at 1:35pm PDT

And Peggy Shepard, co-founder and executive director of WE ACT For Environmental Justice. Shepard has been supporting her Northern Manhattan neighborhood through community-based planning that focuses on environmental protection and environmental health policy both locally and nationally.

MUST READ: Peggy Shepard was interviewed by @WeatherProf at @CBSNews this morning, explaining why we need environmental justice now more than ever. #EnvironmentalJustice #ClimateJustice https://t.co/dlFcR40q3F pic.twitter.com/b64WkJpLrJ

These and other leaders are critical to the environmental health of our country, and it’s time their voices are heard.

“The passive and active exclusion of Black Americans from environmental movement leadership and policy-making has weakened collective fights for climate action and biodiversity,” the NWF reports. “The environmental justice movement has run parallel and, in moments of greater multicultural inclusivity, intersected with broader conservation and environmental movements. Healthy communities and healthy habitats cannot reach their potential unless Black Americans are welcomed as equal partners, problem-solvers, and advocates.”

Man Documents Caterpillars Found On Supermarket Broccoli As They Transform Into Butterflies: Click “Next” below!