Endangered Tigers Spotted On Trail Cameras In Thailand — Are These Big Cats Making A Comeback?

Endangered tigers have been seen in the wild in western Thailand for the firs time in four years.

Remote trail cameras captured images of three young indochinese tigers in early 2020, CNN reports, The images were released to the public around July 29, Global Tiger Day, a holiday that advocates for tiger conservation. The discovery also brings hope to a species that has been driven close to extinction by poachers.

“In a sea of news casting doubt on the future of our planet’s wildlife, this development is a welcome sign of hope and potential turning of the tide for the endangered tiger in Thailand,” John Goodrich, chief scientist and tiger program director for Panthera told CNN.

The cameras are being monitored by Thailand’s Department of National Parks, Wildlife and Plant Conservation (DNP), global wild cat conservation organization Panthera and the Zoological Society of London (ZSL). 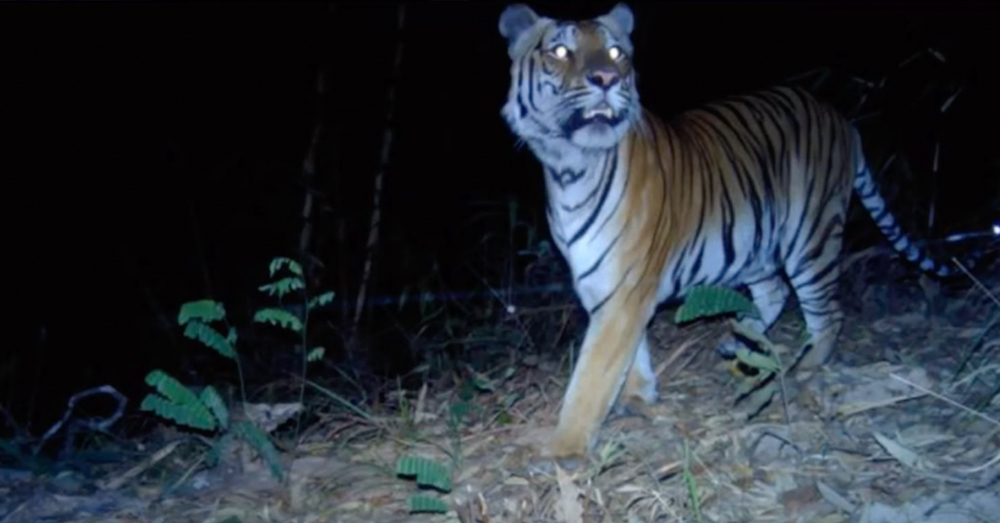 “These sightings are extremely encouraging for the future of tigers in our country and beyond,” Chief of the Wildlife Research Division for DNP Dr. Saksit Simcharoen said. “These tigers are in a precarious situation. Sustained and stronger protection of this area from poaching activity of any kind is the key to ensuring these individuals live on, helping Thailand’s tigers to rebound.”

Researchers believe the tigers migrated south from their main population. Some of the tigers in that group have been tracked as far as 50 miles away from their breeding grounds, but their exact location is being kept a secret.

No one wants to give poachers any indication of where these big cats roam. 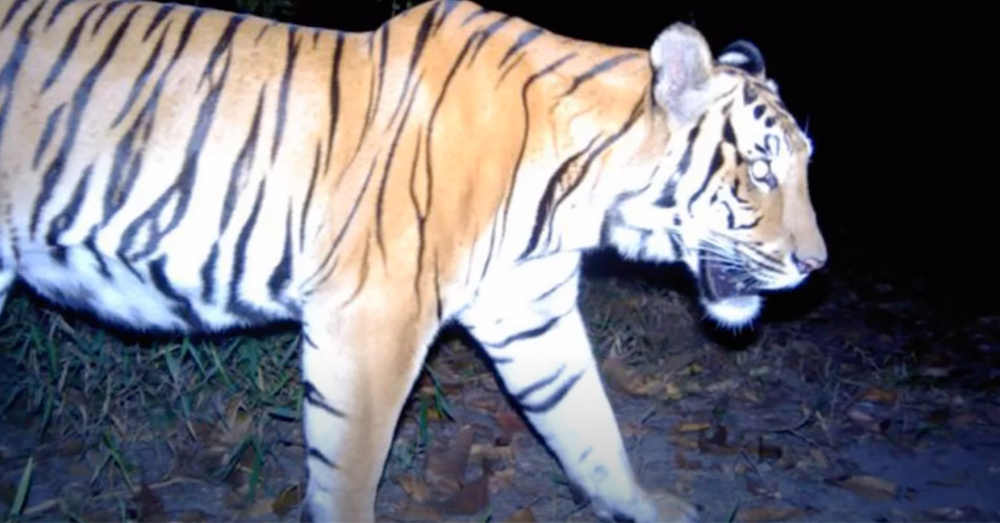 “We believe they are quite young and think they are all males,” said Chris Hallam, Southeast Asia regional coordinator for Panthera, the global wild cat conservation organization.

More than just cute big cat pictures, these images indicate the the tigers may have found a reliable source of food in an area where the cats once flourished, and a safe enough environment to hunt in peace.

“We don’t know that they are definitely stetted down in that area, but we are monitoring them closely,” Hallam said.

Illegal wildlife poaching is responsible for bringing tiger populations down from 100,000 a century ago to under 4,000 today. According to Panthera, poaching has been on the upswing since patrolling efforts were downscaled during the coronavirus pandemic. The DNP has continued to send out patrols for poachers and prosecute offenders, but the threat remains.

See the tigers more recently caught on camera in the video below.