What Could Be Cuter Than A Playful Baby Elephant? Invite Some Birds Around And See!

Elephants are the largest land mammals on earth. They can weigh up to 6 tons when they reach adulthood, and that’s only 13 years old.

These big beasts don’t stay babies for long at all, which is probably why the young ones are so adorable to begin with.

Lucky enough for man at a nature reserve, this collision of cuteness happened while he had his camera ready. 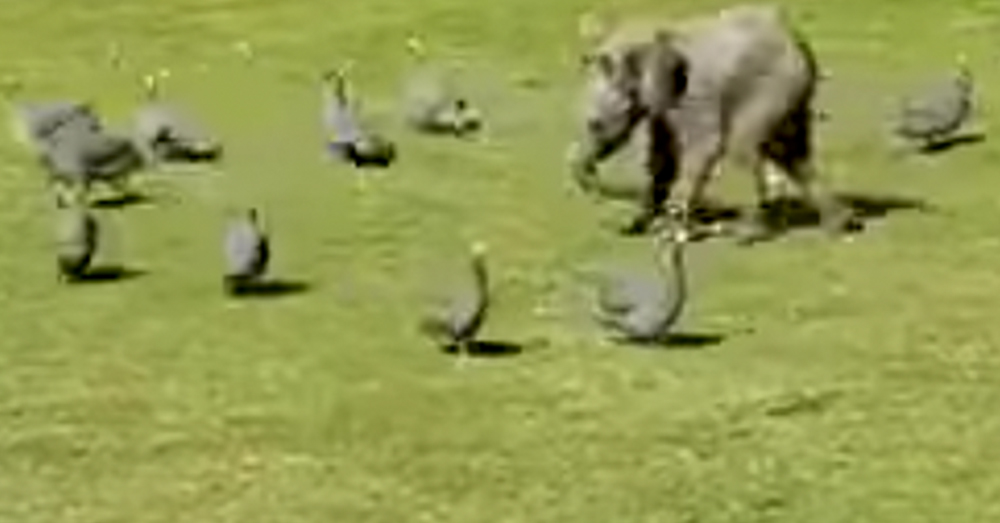 According to one commenter on Facebook, it’s almost as if you can hear the baby’s mother saying, “Stop running around in circles, you’re going to fall and break your trunk!” 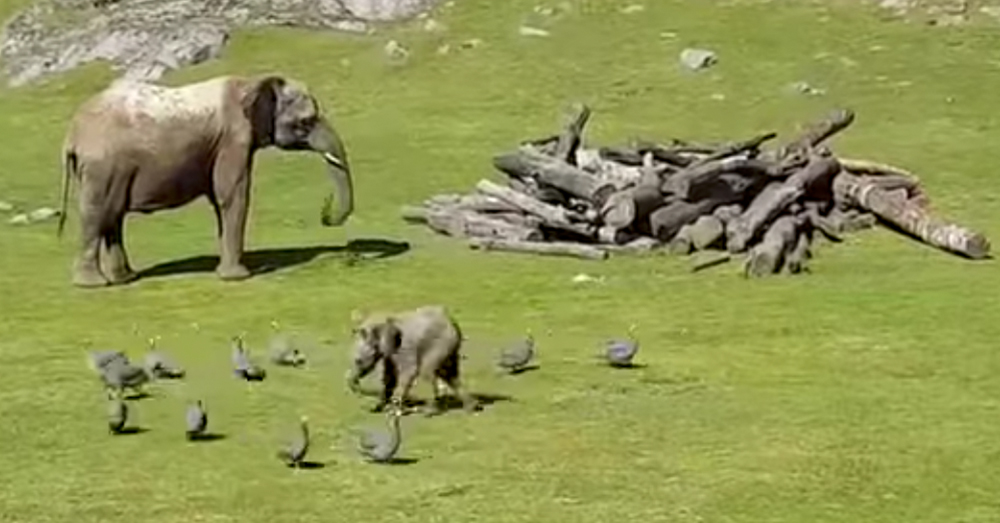 It looks like the petite pachyderm lost a little of her footing near the end of this wildlife romp, but no serious harm was incurred. Nothing that mama elephant can’t take care of with a little ELC.

Watch this elated little elephant frolic in the video below, and let us know if it puts a smile on your face!

Elephants are truly extraordinary creatures; as intelligent as they are massive, and sadly, they’re some of the most threatened animals in the world, as well.

Since 1980, the number of wild elephants in the world has been cut in half, down from about 1.2 million to around 600,000, through poaching and illegal hunts. But you can make a difference by joining the many who are already speaking out against this injustice.

Click the button below to make your voice heard!

Elephants Are Not Food

Robert Mugabe has done it again. This tyrannical leader known for his abuses and excesses while ruling the impoverished nation of Zimbabwe chose to celebrate his 91st birthday by serving an elephant calf as dish in his celebratory feast.

His many crimes against the people and land of Zimbabwe prove that he doesn’t care what people think of him.

Sign now to tell the United Nations Secretary-General to condemn the consumption of elephant meat as being incompatible with the U.N.’s mission to recognize the intrinsic value of wildlife.