Portland resident Liz FitzGerald witnessed a teenager, accompanied by a group of friends, throwing fireworks into a ravine along the Eagle Creek trail outside of Portland, Oregon. None of them had any idea about how bad the results would become.

The ensuing fire turned into a massive inferno that burned through more than 10,000 acres of the Columbia River Gorge before merging with the already existing Indian Creek forest fire that had been raging through the area.

“I was standing right next to one of them who was filming and about four people away from me I saw a young boy lob a smoke bomb down into the ravine,” FitzGerald said of the chance encounter she had with the group of teenagers while she was making her way up the trail to Punch Bowl Falls. 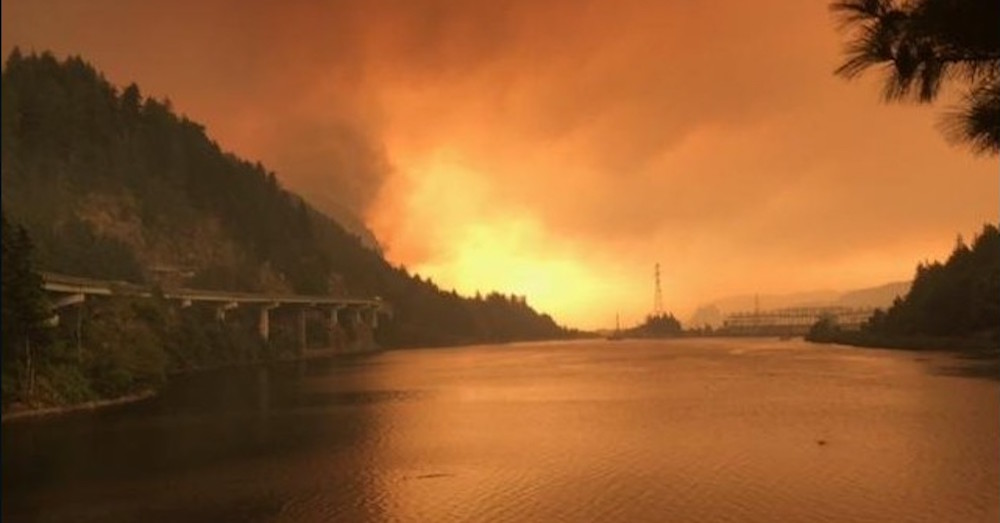 She then told the boy, “do you realize how dangerous it is what you just did? They have the trail closed up ahead because of a raging wildfire.”

The trail had already been closed due to the previously existing wildfire.

After the encounter, FitzGerald started making her way back down towards the trailhead and encountered another group of hikers who said they had seen the teens throwing firecrackers further up the trail.

FitzGerald then ran the rest of the way to find authorities and report what she had seen.

The fire, which started on Saturday, September 2nd, has yet to be contained and is continuing to burn in the area east of Portland.

“Our hearts are breaking; the Gorge is Oregon’s crown jewel,” said Multnomah County Chair Deborah Kafoury, who ordered a declaration of emergency for numerous areas in Multnomah County. 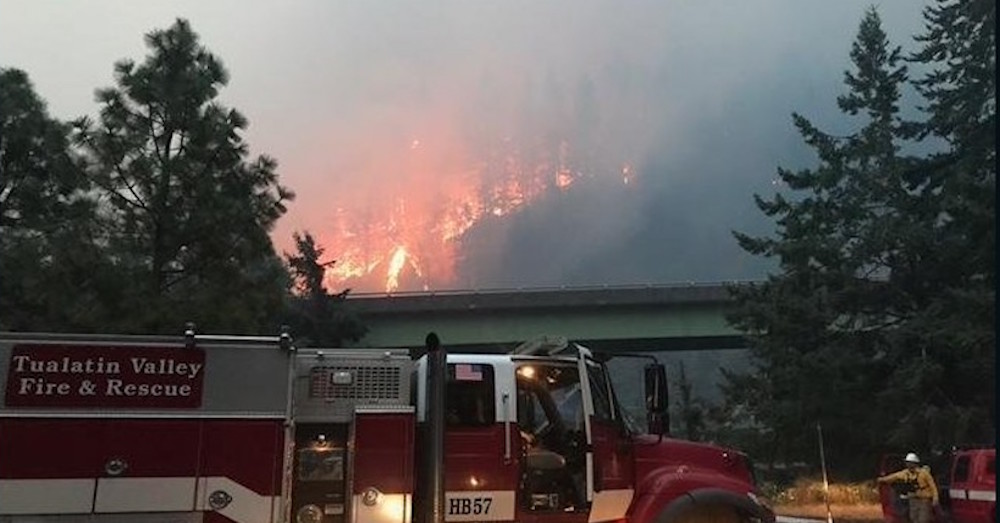 The two combined fires have raged over a 15-mile area and have already crossed over the Columbia river, according to the National Wildfire Coordinating Group.

With more than 600 personnel working to help contain the fire, hopes are that they will be able to put some kind of dent in the potential future damage to the area.

But with so much of the surrounding area on fire, more than 140 hikers were trapped overnight between the two merging forest fires and were completely unable to make their way down off of the trails.

The National Guard was requested to fly in and airdrop supplies for the trapped hikers so that they could continue to help each other survive amidst the inferno.

Firefighters will be conducting burnout procedures in the area (starting controlled fires to consume fuel that would otherwise help the forest fire continue burning), so there will likely be a lot of smoke still remaining in the area as the blaze is fought to get under control.

An investigation is underway and the police have identified the culprit as a 15-year-old male from Vancouver, Washington.

To see what just a small action can do in the grand scheme of a massive forest in incredibly dry weather, check out the timelapse of the fire below.