911 Said There Was Nothing They Could Do, So He Jumped Into Floodwaters To Rescue A Deer Himself

A group of people witnessed a baby deer stuck in raging flood waters in Iowa. The deer was struggling to stay afloat, but he was quickly getting swept away. The witnesses alerted 911 but they said there wasn’t much they could do about it and that the deer would eventually get to shore on his own.

The people knew they could not leave the deer alone, knowing there was a good chance he might not survive once he became too exhausted to swim. Not only was the deer drowning, but he was also wounded. 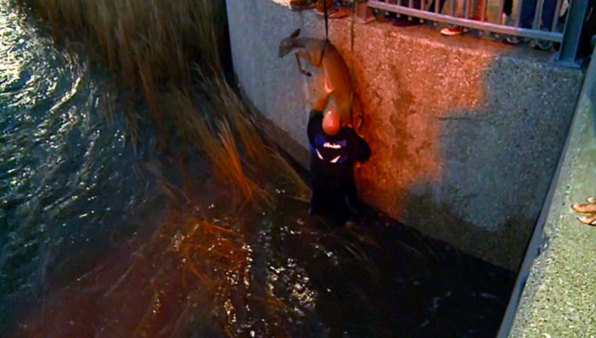 The Good Samaritans used rope to lift the baby deer to safety. They stayed with the deer and took care of him before releasing him back into the wild. Thank goodness these kind-hearted people decided to take it upon themselves to rescue this helpless little deer. If it weren’t for them, he would have eventually drowned. 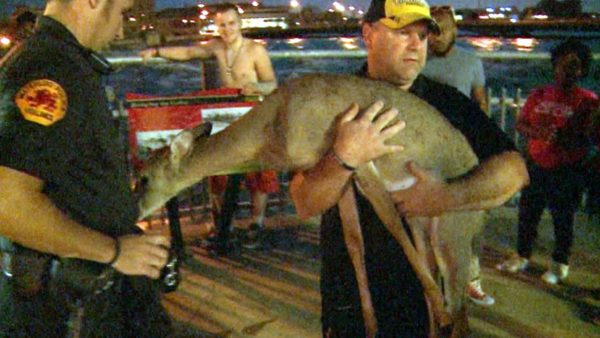 Watch the rescue in the video below: