Donkeys are adorable in their own way but they are nothing compared to a Zonkey! Just wait till you see for yourself and you will absolutely agree.

The unusual birth took place at the Chyulu Hills National Park in Kenya, when a zebra was found with a rather unusual foal wandering nearby. The stripes existed but they barely covered her body and they weren’t as dark as they should’ve been.

Caregivers for an animal rescue, the Sheldrick Wildlife Trust, examined the young animal up close. What they found is that she wasn’t really a zebra, she was a zebra-donkey hybrid, known as a zonkey.

“Working with wildlife, one learns to expect the unexpected,” the rescue group said in a news release on Wednesday. “Even the most seemingly straightforward story can eventually reveal its true stripes and end up surprising us all.” 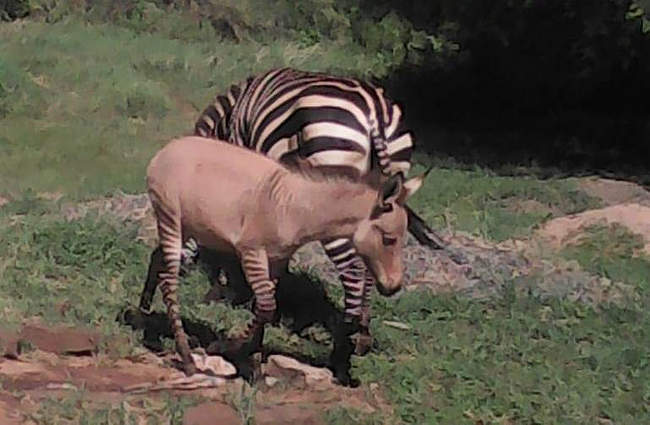 The mother zebra does not have a name and when she wandered into Kenya’s Tsavo East National Park, she was a stray. After becoming a part of the community, she “made herself at home” with a herd of cattle, the rescue group reports.

The group is known for taking care of baby elephants, rhinos, and on occasion, an orphan zebra. They decided to transfer the zebra to the Chyulu National Park.

A zebra pregnancy can last for 12 months so it didn’t take long before they were able to ascertain what took place. While the zebra was hanging out with the cattle herd last year, she obviously had “become acquainted with an amorous donkey,” according to the news release. 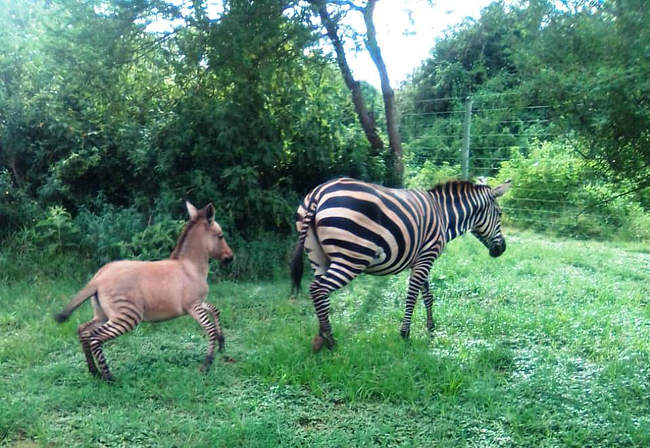 “The zonkey combines the sturdy body of its donkey sire and the striped legs of its zebra mother, which makes for a striking creature,” the Sheldrick Wildlife Trust said. “While it should otherwise lead a normal life, zonkeys are mules, meaning that it will be unable to successfully breed once it reaches maturity.”

You will be happy to know that both the baby zonkey and her mother are doing fine. In fact, the rescue group says they are “thriving.” That is especially true because they are in a spot now where there are very few predators and plenty of food and water. They will continue to enjoy the park until a group of wild zebras, known as a zeal, discovers the mother and zonkey.