Border Collies Are Restoring Chilean Forest After Fire Destroys Them

Last year in central Chile over 100 different wild fires destroyed over 1.4 million acres of forest. Several lives and 1,500 homes were lost as well. With an estimated $333 million dollars in damage, this was the worst wildfire season on record.

With over a million acres of forest to try and rebuild, it would take a miracle, or a little creative thinking. Francisca and Constanza Torres, who train and own border collies, had a great idea. Greenmatters reports, “Six-year-old Das and her two daughters, Olivia and Summer are three Border Collies who have been trained to run through the damaged forests with special backpacks that release native plant seeds. Once they take root, these seeds will help regrow the destroyed area.” 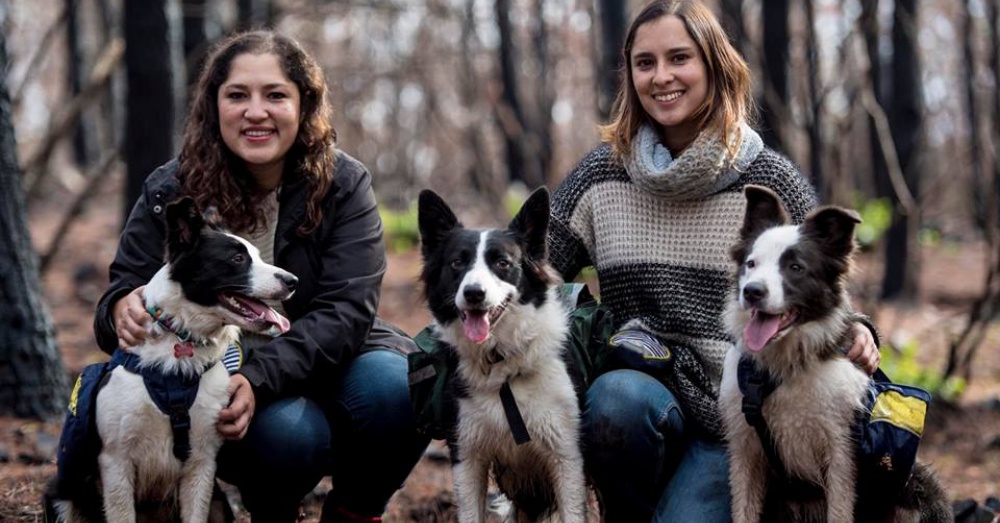 This job is perfect for Border Collies, known as one of the smartest breeds. They love to run and need to have ample exercise each day. Running wild through the charred forest dropping seeds is great fun. As they sprint and dive through the forest, the seeds drop out randomly from their custom backpacks. The well trained dogs are rewarded with tasty treats when they return when called, and after a successful day of spreading seeds.

The energetic dogs are more efficient at seed planting than humans, because they can easily cover an impressive 18 miles in a day, while dropping 20 pounds of seeds. The important task is not seen as work to the dogs, but a way to have fun running free in the forest with their buddies. 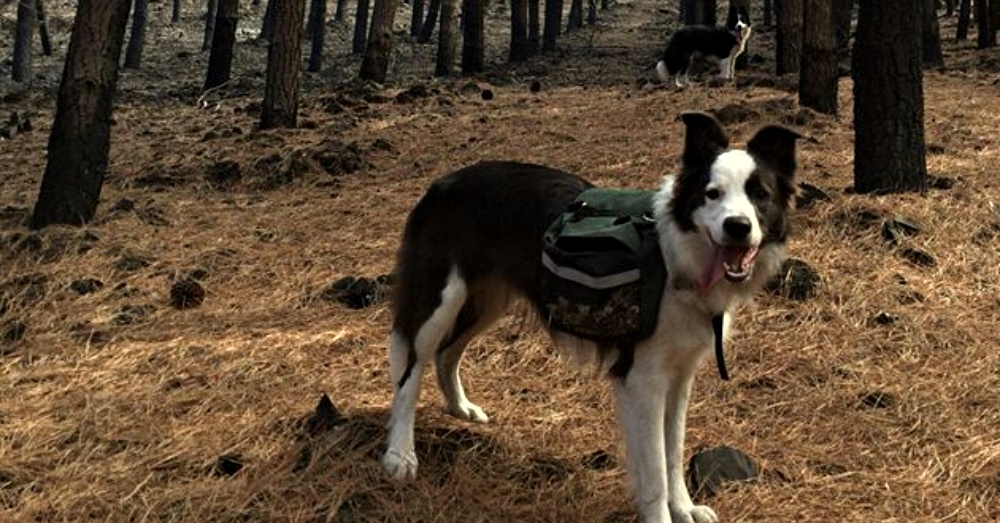 Torres runs a training facility called Pewos. There she does sheep herding, obedience, and disc training for the dogs. This training helps keep her dogs from chasing wild animals in the forest. The two sisters generously cover the cost of the seed, transport, and backpacks.

Their work is paying off. Torres tells Mother Nature Network, “We have seen many results in flora and fauna coming back to the burned forest!” 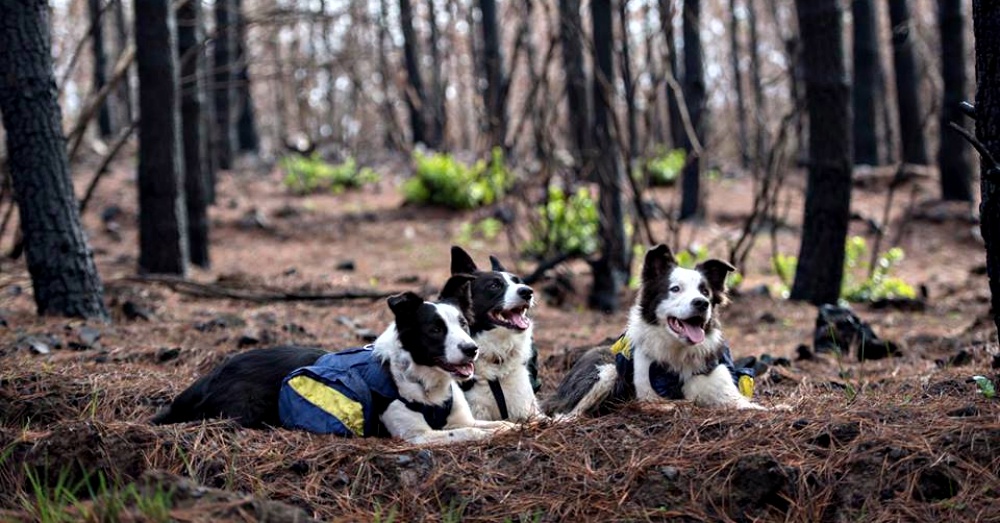 Once the seeds take root the forest will slowly start to return. In the meantime, the dogs will enjoy their nature hikes. This cost-effective method helps rebuild what was lost in the fire.

Keep an up-close look at the dogs spreading seed in the forest in the video below.

Click ‘next’ for an amazing story on how a cat survived a wildfire that destroyed his home.