When ivory poachers threaten our planet’s most endangered wildlife, there’s one name the Virunga National Park turns to.

In the center of Africa, on the east border of the Democratic Republic of Congo, a bloodhound named Dodie is helping the Wold Heritage Site track down and stop poachers before they can kill rhinos or elephants for ivory. This special dog arrived at the park when she was just seven months old and was trained to rely on her keen nose to detect unwelcome intruders miles away.

Over the last 20 years, the park has lost 90 percent of its wildlife to poachers. But Dodie, growing up in Virunga over the last seven of those years, is more determined and capable than ever. The bloodhound can sniff out ivory, rhino horns, and meat, as well as weapons and explosives. 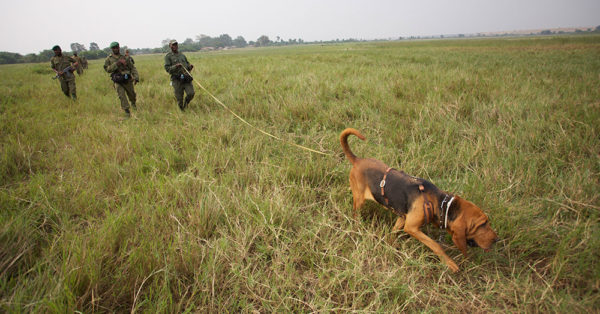 The fight against poaching in Virunga has been wrought with violence and death for years. Mai-Mai rebels, who for years have clashed with the Congolese governmental interests, have killed at least 150 park rangers in the past decade, National Geographic reports.

“Our rangers stand fearlessly on the frontline of the protection of civilians and their resources, knowing that they are at risk of extreme violence,” park director Emmanuel de Merode said in 2015 after two rangers were killed. “Despite the wide progress we make here in many areas, we cannot sustain these kind of losses in what is still the most dangerous conservation job in the world.” 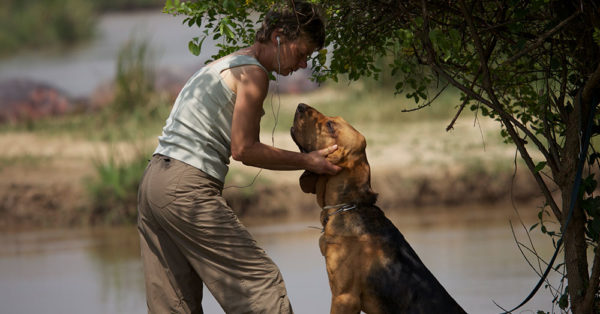 Among the other responsibilities the park must afford are the care, feeding, veterinary costs, and transportation for Dodie and her siblings, which can drain financial resources quickly. Virunga is thousands of miles from any shipping ports or facilities capable of manufacturing the supplies the park so desperately needs, so materials and assistance must be flown in from other countries. 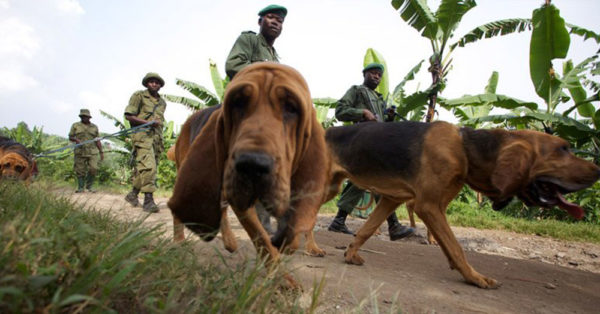 Facing a life-threatening situation every day, dogs like Dodie and others in GreaterGood’s CourageousK9 program help fight poaching, aid rescue efforts in disaster areas, calm victims of violence, assist those with disabilities, and aid children and veterans. Click the link below to learn how you can support Dodie’s efforts and protect wildlife! Dodie needs your help to ensure her work can continue—with Virunga National Park losing 90% of its wildlife population in just two decades to poachers, Dodie and her friends are the best line of defense against these criminals.
You can help. Your urgent support will ensure Dodie and other brave dogs like her can continue to harness their superb sense of smell, energy, and eagerness for the greater good of the planet!
Make a difference!