633 Divers Break World Record For Largest Ocean Clean Up, Bringing Up More Than 1.5 Tons Of Trash

This was a team effort.

Florida’s Deerfield Beach International Fishing Pier was recently host to 633 divers who participated in the world’s largest underwater cleanup. The divers brought more than 1.5 tons trash to shore, along with 60 pounds of fishing line, according to their initial estimate. That number is expected to grow.

Tyler Borgoine, a diver with the ocean conservation group Project AWARE, said he and his colleagues may have removed around 3,200 pounds of trash from the fishing pier. It’s a small dent in the 8 million tons of waste that NOAA estmates enter the ocean every year. 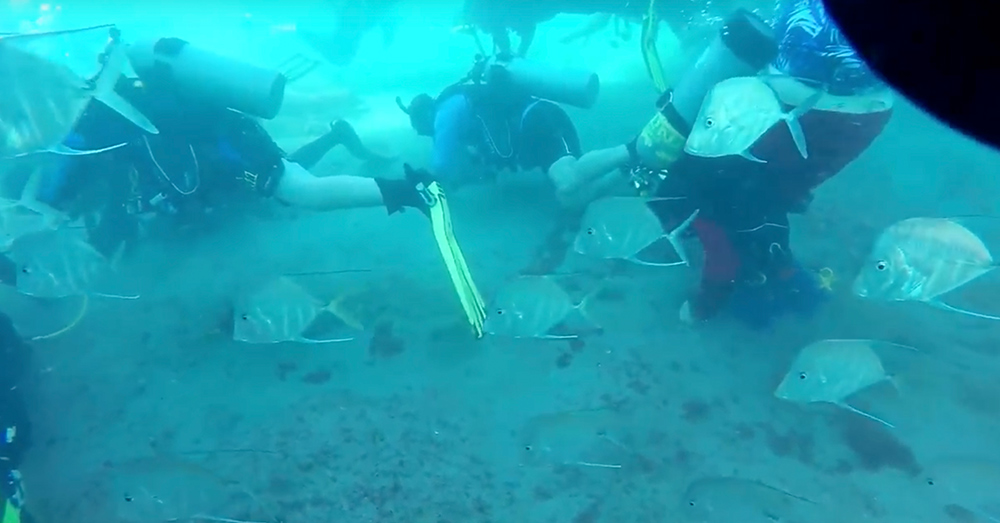 Source: YouTube/Yansel Ginesta
Divers around the Deerfield Beach International Fishing Pier brought up over 1.5 tons of trash from the ocean.

“There were countless lead sinkers…everything from a boat ladder to a barbell,” Bourgoine told CNN.

Diver and environmentalist RJ Harper helped recruit others for the cleanup. Harper said the group brought more than 1,600 pounds of lead sinkers to shore.

“All those times the line gets caught, you just never really think about it,” Harper told the Orlando Sentinel. “Obviously, trash was collected, but the beauty of it is with 633 divers, we were able to do a very thorough cleaning.” 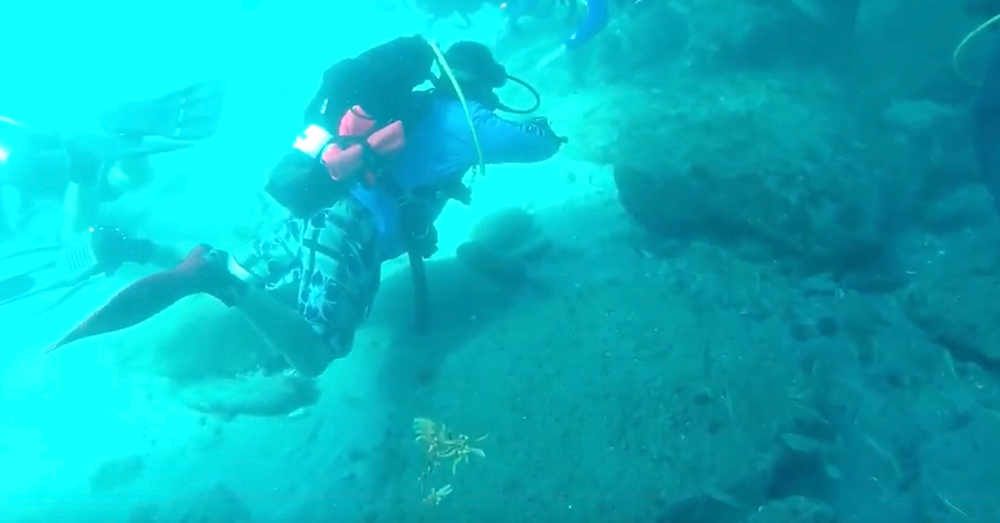 Source: YouTube/Yansel Ginesta
The divers found at least 1,600 pounds of lead fishing weights in the water.

Divers came from all over the world for the 15th annual Deerfield Beach International Fishing Pier cleanup day, following an invite sent out by the Dixie Divers and Deerfield Beach Women’s Club. They arrived at 9 a.m., donned their scuba gear, and went to work.

Two hours later, they had earned the Guiness World Record, besting the previous record, set by an Egyptian Army diver and 612 others by 20. 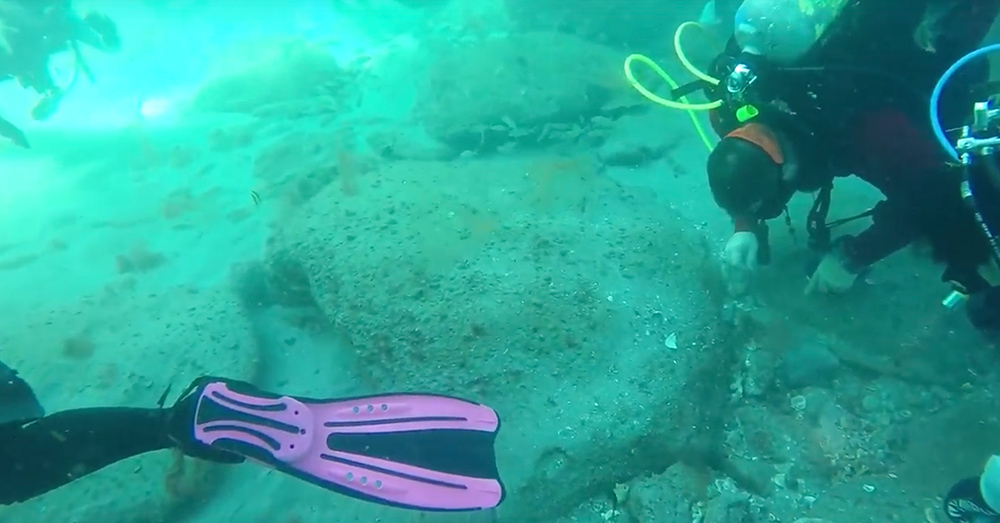 Guinness adjudicator Michael Empric was at the beach, counting each diver to make sure the tally was correct.

“It doesn’t matter what happens today with the Guinness World Records,” Empric told the Orlando Sentinel. “What really matters is that everyone is out there cleaning up around the pier and trying to improve the community.” 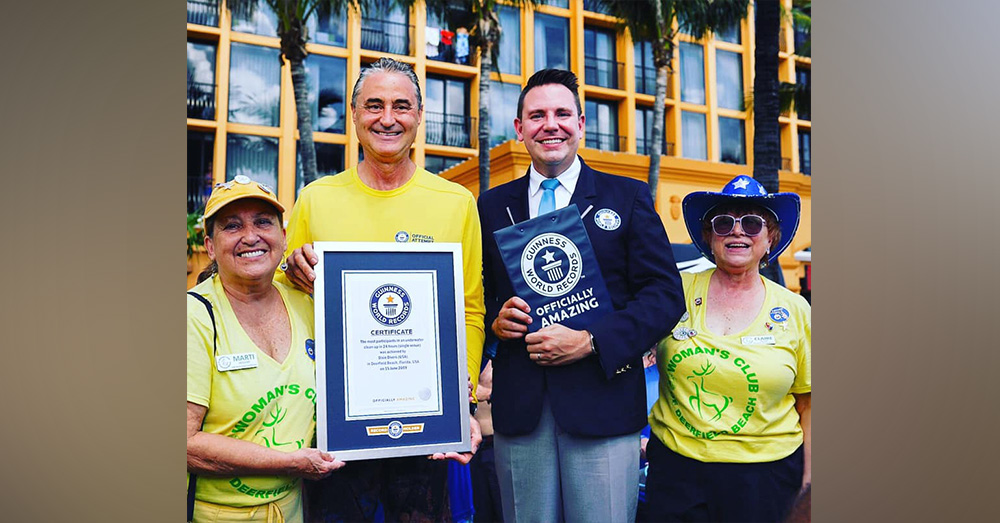 Source: Facebook/Pavan Arilton
The dive was completed within 2 hours, and the previous world record broken.

It’s more evident now that the waters are clean, but the area around the pier is naturally thriving with marine life.

“That’s one of the reasons why there’s so much debris,” Bourgoine said. “People are constantly fishing there.” 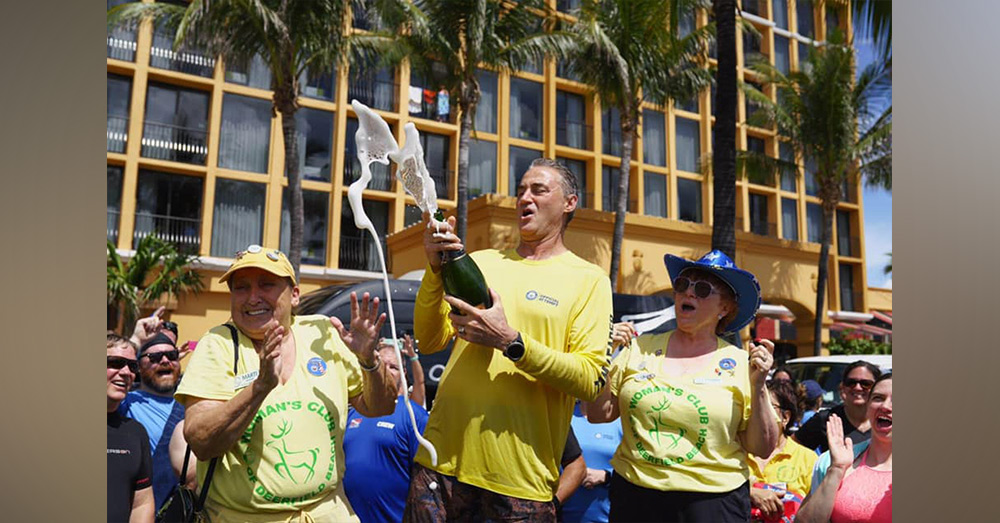 Source: Facebook/Pavan Arilton
Will they try to break their own record next year?

Harper hopes the spirit of this cleanup will spread, perhaps even inspiring the pier’s neighbors to initiate their own events. If anything, it’s a good way to build community.

Watch the dive in the video below.