There is some heart-breaking news as a 17-year-old deer has passed away in the famous Nara Park in Japan.

Nara Park is located in the city of Nara, and is east of the very popular tourist destination of Osaka. SoraNews says the park brings in over two million visitors a year, most of them coming for the gorgeous deer. 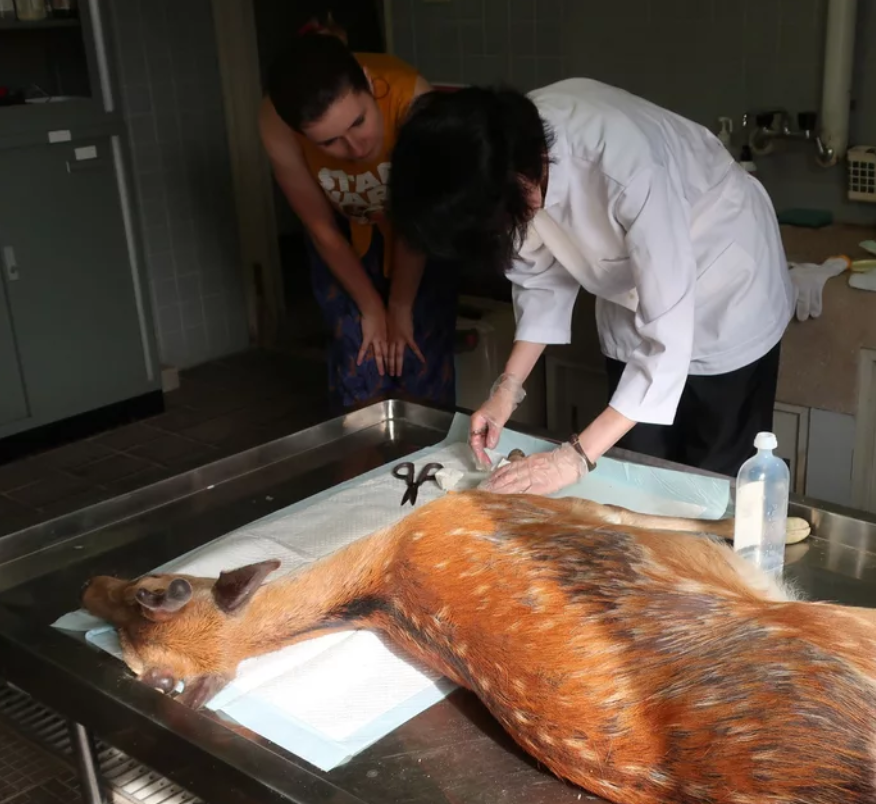 What makes this death even more devastating, is that the deer in the Nara Park are considered sacred because of the Shinto religion.

Unfortunately, tourists and visitors to the park don’t hold the same beliefs and are part of the problem and are, in fact, killing them. Not only has litter and pollution to the park become a major issue, but tourists feeding the deer has caused some of the deer to start biting tourists.

But the biggest problem of all in the park with the deer is obviously, the plastic.
SoraNews24 has reported that since March of 2019, eight deer in the park have died due to unknown reasons. However, when autopsies were performed, the cause of death was found to be excessive plastic consumption.

The 17-year-old deer that recently passed away, had been spotted by veterinarians from the Nara Deer Park Association looking very malnourished and extremely weak. Despite them taking her in and doing their best efforts to restore her health, the poor deer was unable to eat and died the very next day.

Then when the autopsy was performed, it was found that she had 9 pounds of plastic in her. Not only that, but she was a measly 66-pounds herself.

Deer are like cows and steer, they cud their food. The vets explained that the deer died as a result of being unable to regurgitate, digest, then in ingest new food. It is a concern that is growing larger every year.

Authorities are urging tourists and visitors not to carry snacks or food for the deer inside of plastic bags. Not only are the foods not safe for the deer, but the plastic bags also pose a great threat since deer have very highly developed senses of smells, but can’t differentiate between the food and plastic bags, therefore they will consume the entire plastic bag.

There are tons of signs throughout the park discouraging people from feeding the deer anything except the senbei, or deer crackers, which are on sale throughout the entire park.

Another reason why people are discouraged from feeding deer unauthorized foods is not only can they be harmful to deer, but it increases the pollution and litter because the plastic wraps and bags are not properly disposed of, and are just left behind in the park. Authorities are also encouraging tourists to take their trash with them and clean up after themselves.

I mean, really, how hard is it to clean up after yourself? Nara Traveler’s Guide is also trying very hard to educate visitors about the deer, telling them that as wild animals, they are very capable of finding their own food in the park and forage on plants and grass without issue.

In a blog post, the Nara Deer Park Association said these bags can help prevent deer from accidentally ingesting plastic. “When taking a walk in Nara Park, please take this eco bag,” said a translation of the post.

This story very much reminds me of the Studio Ghibli film, “Spirited Away,” and that scene of the river spirit who is so over polluted. It’s a shame that humans are capable of doing so much damage to nature. It is our responsibility to take the initiative to clean up after ourselves and leave no trace of ourselves when we visit nature. The massive mess that we’ve made of this planet is starting to have very devastating consequences.