If you take a moment to think about it, the fact that we’ve sent people to the moon but have yet to explore the greatest depths of the ocean is pretty astounding. Considering oceans cover 70% of our planet, it’s amazing how much we still don’t know or fully understand about them!

That being said, much of what we have seen of the deep sea is truly bizarre!

From weird animals, to mysterious phenomena, we’ve encountered a lot of strange stuff that’s either hard to believe or unexplainable! In the list below, we’re taking a moment to acknowledge the lesser known (and sometimes creepier) animals of the world–those that reside in the deepest parts of the ocean. Take a look!

The Anglerfish is one of the more commonly discussed deep sea creatures, but its weirdness never ceases to amaze me. While beauty is generally in the eye of the beholder, I think you’d be hard pressed to find anyone who thought this grumpy looking fish wasn’t one of the lease attractive animals on the planet. 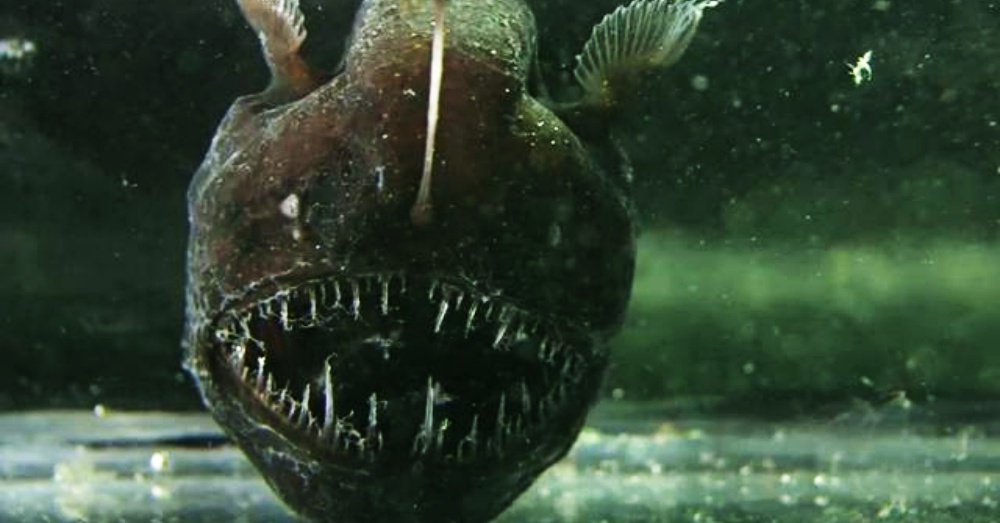 One of their most distinctive features is a dorsal spine that protrudes from its head. While super weird looking, this rod-like extension helps them catch their prey by luring them close enough to snatch up! And if that’s not impressive, chew on this: their mouths are so large and malleable anglerfish are capable of swallowing a meal twice their own size!