The Dakota Access Pipeline must shut down while an environmental impact review is conducted, a district court has ruled.

The United States District Court for the District of Columbia has overturned an easement the US Army Corps of Engineers granted Dakota Access in order to build the pipeline underneath Lake Oahe in North Dakota and South Dakota, CNN reports. The decision requires Dakota Access to shut down construction and completely empty the pipeline for 13 months beginning August 5.

“Fearing severe environmental consequences, American Indian Tribes on nearby reservations have sought for several years to invalidate federal permits allowing the Dakota Access Pipeline to carry oil under the lake,” Judge James Boasberg wrote in the ruling. “Today they finally achieve that goal — at least for the time being.” 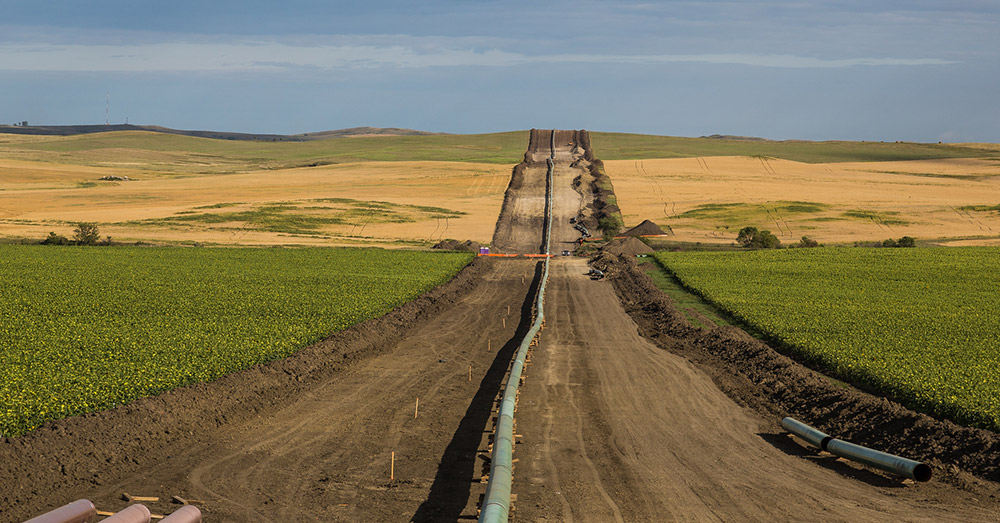 The Standing Rock Sioux took their issue to federal court in 2016 based on the argument that building the pipeline less than a mile upstream of their land could pollute drinking water for the more than 8,000 members of the tribe, and millions more downstream.

Protesters joined the Standing Rock Sioux Tribe in their fight for clean water that year and the next, during which time the National Guard was activated to join local law enforcement in policing and arresting protesters. 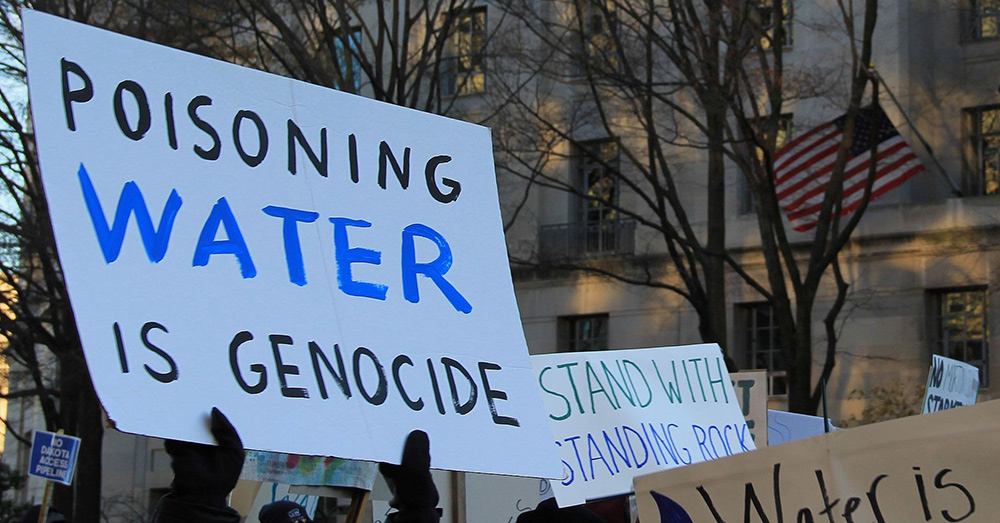 Source: Wikimedia Commons
Demonstration in support of Standing Rock to stop DAPL occurred all over the world throughout 2016 and in March 2017 in Washington, DC.

President Donald Trump has supported the construction of the DAPL since first taking office in 2017. Shutting down the operation deals a significant blow to the Trump administration, through it does not scrap the project completely.

According to Earthjustice.org, the district court ruled that the Army Corps of Engineers violated the National Environmental Policy Act in granting the easement without an Environmental Impact Statement. There was little consideration, in fact, paid to the potential impact of an oil spill from the DAPL, and the problems that could precipitate. 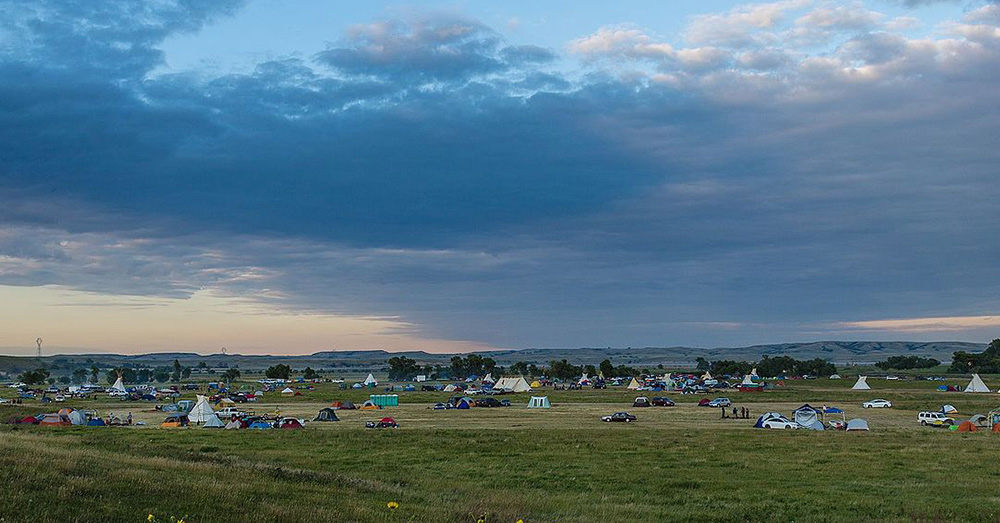 “For example, the Court criticized the Corps for failing to address the Standing Rock Sioux Tribe’s expert criticism of its analysis, citing issues like potential worst case discharge, the difficulty of detecting slow leaks, and responding to spills in winter,” Earthjustice reports. “Similarly, the Court observed that DAPL’s parent company’s abysmal safety record ‘does not inspire confidence,’ finding that it should have been considered more closely.

The court’s recent ruling acknowledges the “disruption” the shutdown will cause for Dakota Access’ construction timeline, but also makes it clear that those concerns are less important in the long-term.

The “seriousness of the Corps’ deficiencies outweighs the negative effects of halting the oil flow for the thirteen months,” the ruling reads.