Does Whatever A Spider Can: Introducing A Vampire Spider That Could Combat Malaria

Researchers have discovered a scary-sounding critter, the vampire spider, that feasts on a very specific type of food: human blood. But don’t worry; this jumping spider gets its food by consuming mosquitoes, rather than humans themselves. This means that the vampire spider’s particular culinary choice could help stop the spread of malaria in developing nations in Africa and Asia. 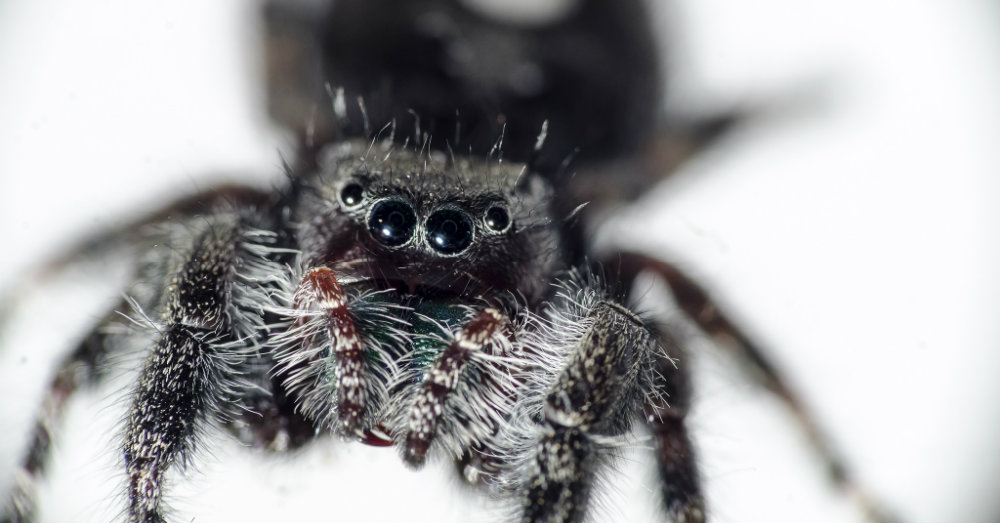 Scientists in New Zealand noticed that vampire spiders, native to some areas around Lake Victoria in Africa, only eat blood-filled female Anopheles mosquitoes. These mosquitoes often bite humans and spread malaria in the process. Phys Org states that one spider can kill as many as 20 mosquitoes in a single session; the arachnid even saves some of them for later use.

This hunting method is unique in two ways. Scientists note that this spider is the only known animal on Earth that chooses prey based on what that prey has eaten. Since Anopheles mosquitoes (their prey) are the most common carriers of malaria parasites, these spiders might actually make a formidable ally in the fight against the infectious disease. 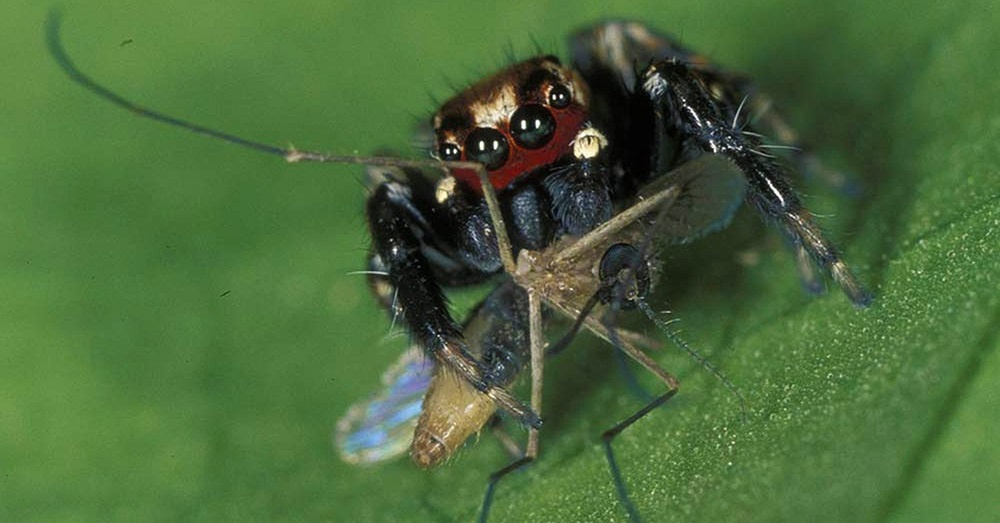 Vampire spiders know when to kill female Anopheles mosquitoes based on the prey’s posture after feeding, notes The Guardian. Anopheles tilt their abdomens upward when they rest after feeding, and when the insect is at rest and doesn’t suspect anything, the spider jumps and subdues its prey. An intriguing video posted on Phys Org shows what happens in detail, and it’s amazing to see how the spider is much smaller than the blood-filled mosquito.

The reason vampire spiders have a taste for human blood is because of mating. Arachnologists believe the blood produces a scent that makes the spider more attractive to mates. Fortunately, vampire spiders cannot bite humans because their jaws are not strong enough to puncture human skin, so vampire spiders choose the next best thing by eating Anopheles mosquitoes. Because these spiders get rid of malaria-carrying mosquitoes, researchers urge communities in Africa to try to alleviate the threat of malaria by trying to put some of these spiders in people’s homes. This option may be less expensive than traditional ways to fight malaria.

Malaria kills 600,000 people per year and infects 300 million people annually, says CBS News. However, it may be hard to get people to allow these scary-looking arachnids into their homes, despite the fact that vampire spiders, with their fearful name and ferocious appetites for human blood, are completely harmless to humans .Investigations into this spider that can save lives is just one more reason people should love spiders.

Find out more facts about why spiders are friends, not foes, on The Rainforest Site.