Seahorses Could Win the Award for Cutest Mating Ritual Ever

When it comes to animal mating rituals, they don’t get much more beautiful than that of the seahorse. Reproduction for seahorses involves synchronized dancing, changing colors and, eventually, the male seahorse having a whole lot of tiny seahorse babies.

According to Seahorse Worlds, male and female seahorses have a courting period of several days, during which they dance together. The male and female both mirror their partner’s movements during this time, sometimes even wrapping their tails together. 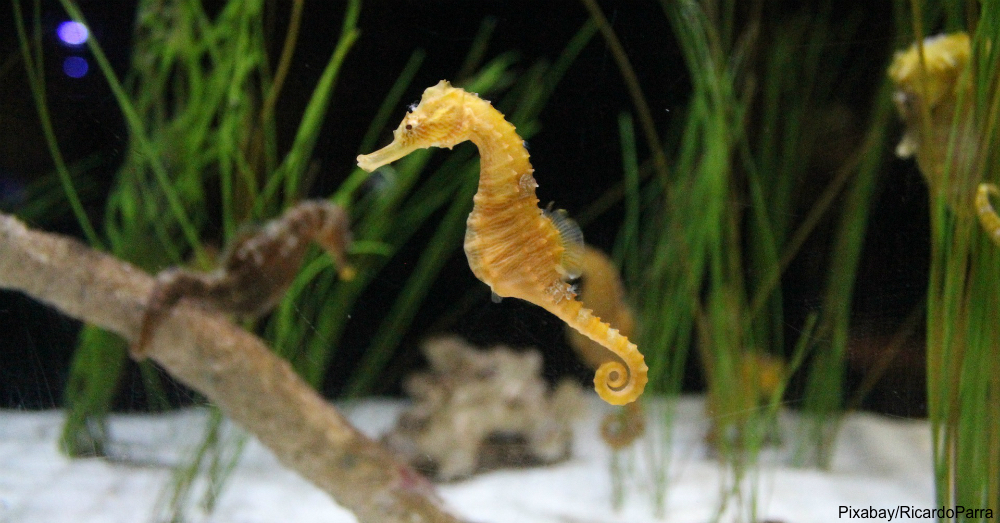 National Geographic reports that one purpose of these dances is for the seahorses to assess their prospective partner’s reproductive status. The dances become a morning ritual, and the pair change color as they move.

Seahorses are among those animals whose male bears the children. The female uses her ovipositor to insert her eggs into the male’s brood pouch. According to the U.S. Fish and Wildlife Service, the male then fertilizes the eggs with his sperm and holds on to something solid while waiting to give birth. The embryos embed into the soft tissue of the male’s brood pouch during this time. 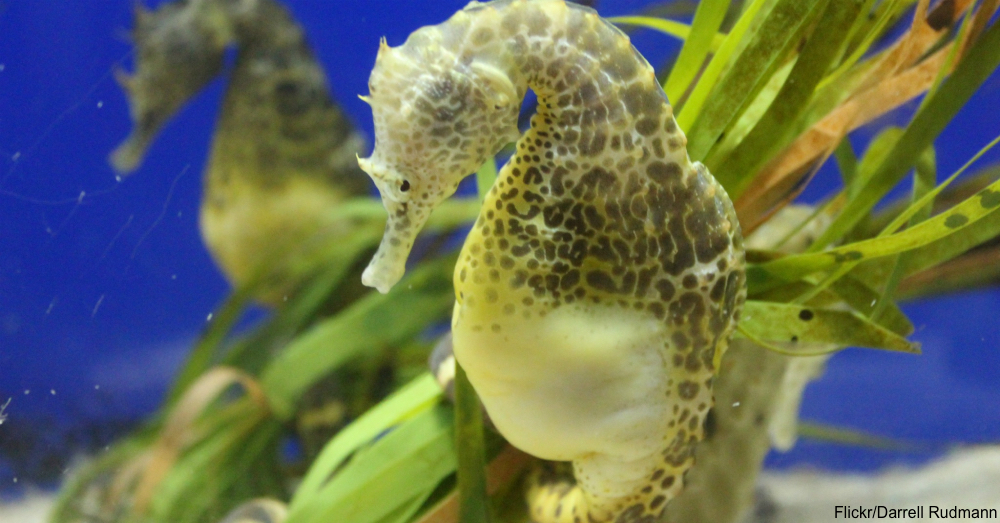 It can take weeks for the male to give birth, and he often produces a large number of babies. One seahorse gave birth to 2,000, and over 1,500 babies isn’t uncommon. As one would expect, seahorse babies are very tiny, and well over 1,000 eggs can fit into a male’s pouch, even when it’s only about half a tablespoon in volume.

Seahorses don’t gather everyone up for a big family picture, though. These animals are fully independent from the moment they’re born. What about Mom and Dad? Once the male gives birth, the female is already prepared to start the reproductive process all over again.

The mating rituals of seahorses are both fascinating and beautiful. Want to see more of these amazing creatures? Watch this fascinating video about pygmy seahorses.