Once a year, Christmas Island becomes awash in a sea of red.

The island, which is located in the Indian Ocean, experiences an annual migratory boom of red crabs looking to mate. Numbering in the millions, these crabs migrate en masse through the rainforest, along roadways, and across the beaches to reach the sea and breed.

Of the 14 species of land crabs known to inhabit Christmas Island, the red crab is by far the most prolific. Estimates of their total population range between 40 and 50 million, with the crabs living in the rainforest and in shady, damp areas all over the island. 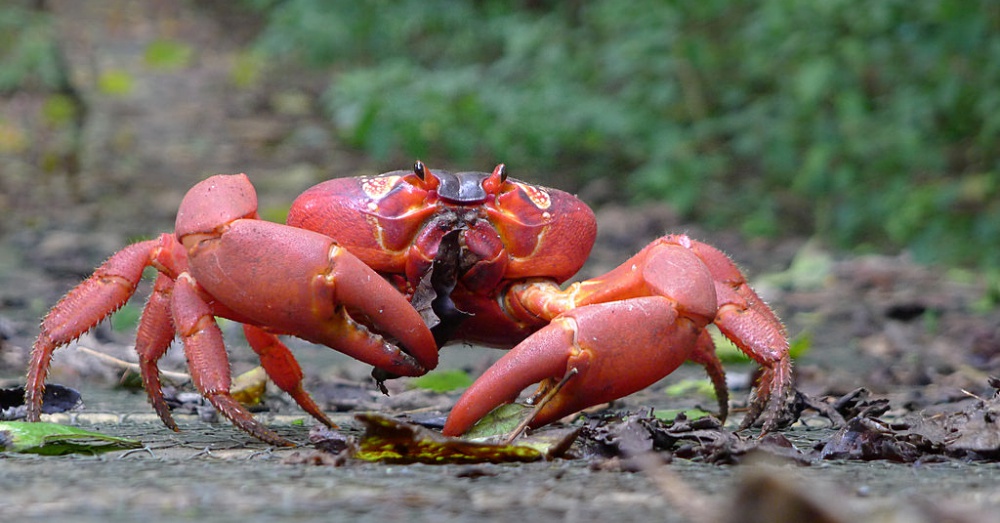 These bright red crustaceans mate when they reach the age of four or five years old. The start of the wet season, which is typically around October and November, and the phase of the moon determine the beginning of their migration to the sea, which can take up to 18 days. Red crabs need moisture to stay alive and must keep a high level of internal humidity. Upon reaching the sea, they first replenish their body moisture in the water before returning to the land to mate. 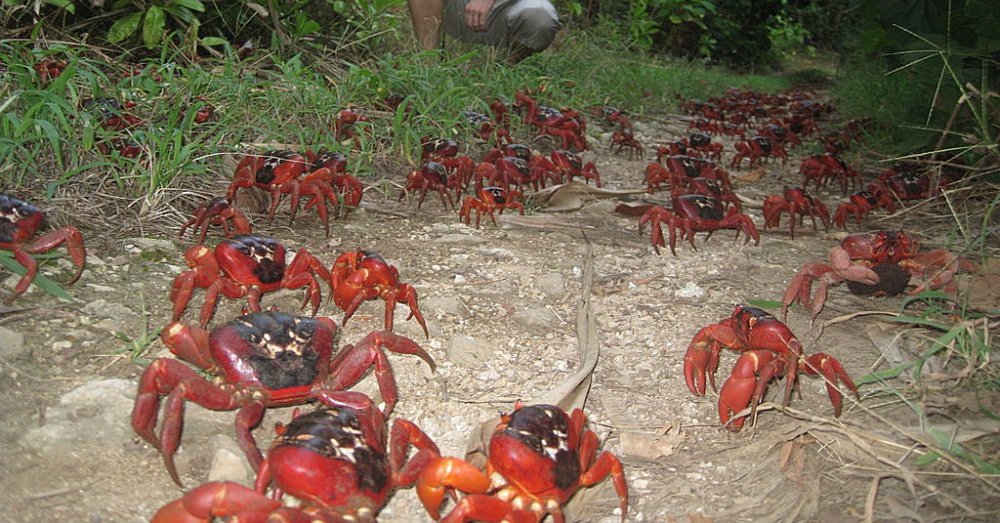 On the shore, the males will dig burrows large enough for two crabs. There, the male waits to bring in a female for mating, and afterward will leave. After a couple of weeks, the females return to the sea to deposit their eggs during the last quarter phase of the moon, with their eggs hatching as they enter the water. Tiny red baby crabs emerge 30 days later and begin the march back to the plateau, where they live and grow until they’re old enough to repeat the mating cycle themselves.

The migration keeps the National Park rangers and the community residents busy trying to ensure the safety of the red crabs, clearing paths for the tiny crustaceans by closing roads, as well as maintaining official crab crossings. Tunnels are built under the roads for the crabs to pass safely through. Walls that the red crabs cannot scale help funnel them toward their path. 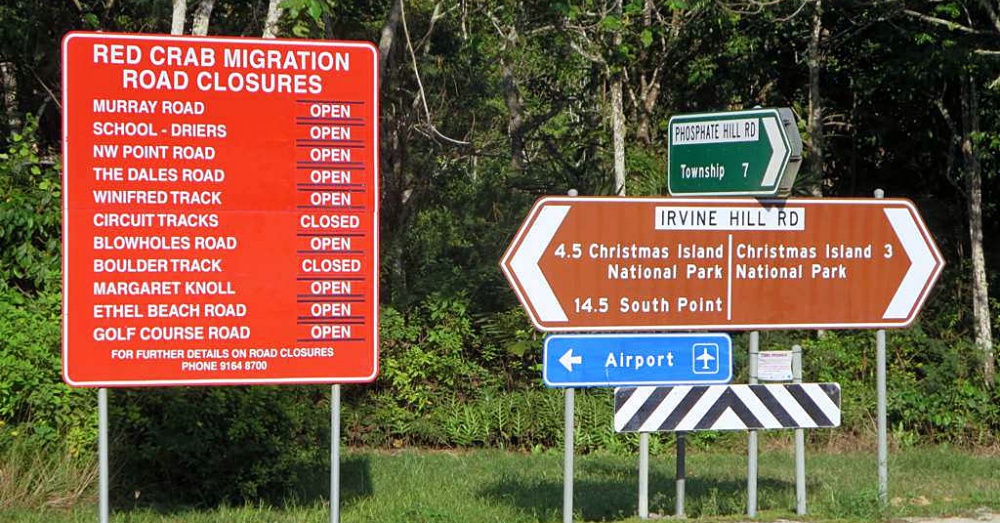 The red crab migration is an amazing feat of nature to behold. Check out the migration in the video below. It’s something else!