In Sorong, West Papua, crocodiles are just as much part of the community as humans and their livestock. It’s illegal to hunt or harm them, and to keep the peace, they’re kept protected–and humans protected from them–in local wildlife sanctuaries.

But nothing was protecting them in mid-July 2018, when an angry mob killed nearly 300 of the endangered saltwater and New Guinea crocodiles in retaliation for a man’s death.

The middle-aged man, known only as Sugito, worked in a tofu factory and allegedly entered the sanctuary to cut grass for his cattle the Washington Post reports. Whether he knew he was treading through the sanctuary or not is unknown, and the guards who heard his cries for help arrived tragically too late. 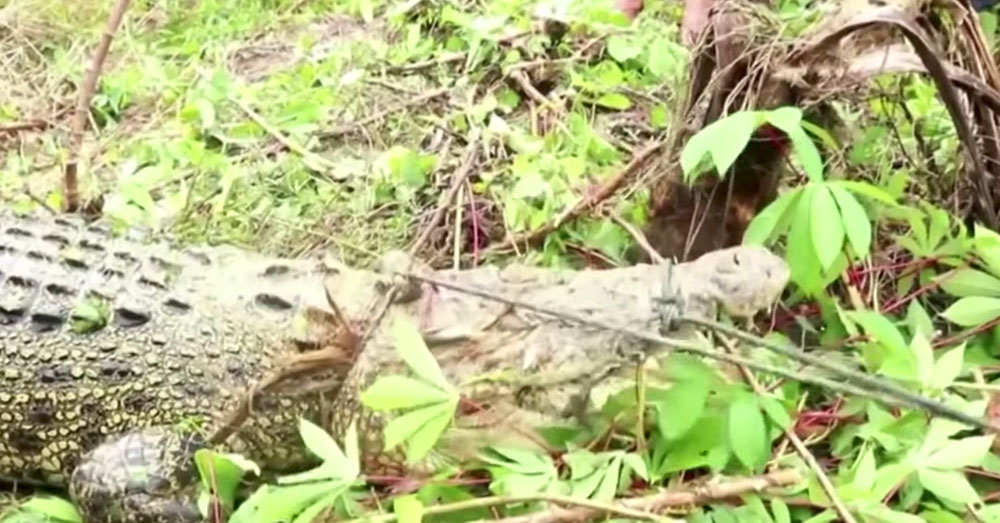 Source: YouTube/TIME
Saltwater and New Guinea crocodiles are kept in the Sorong sanctuary.

“An employee heard someone screaming for help, he quickly went there and saw a crocodile attacking someone,” said Basar Manullang, the head of Indonesia’s Natural Resources Conservation Agency in West Papua. 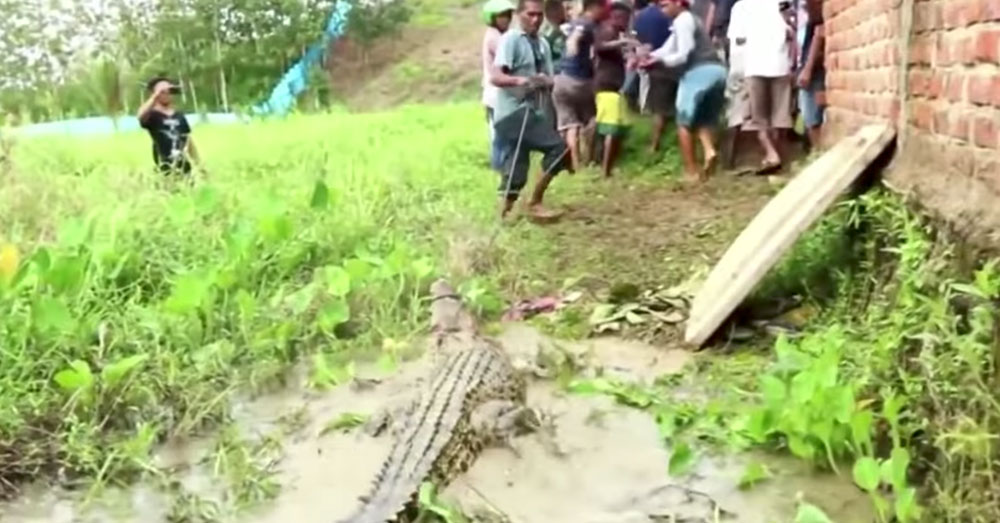 Source: YouTube/TIME
Crocodiles in the sanctuary are otherwise legally protected.

Villagers carrying machetes, hammers, shovels, and anything else they could use as a weapon overtook the sanctuary’s main office and began slaughtering the crocodiles. At least 292 were killed, NBC maintains, many of them babies, and some up to 13 feet long.

“The residents used knives to slaughter the crocodiles,” a local resident named Olga told the Jakarta Post. “The crocodiles were caught and dragged outside and stabbed to death. It was so horrid to see.” 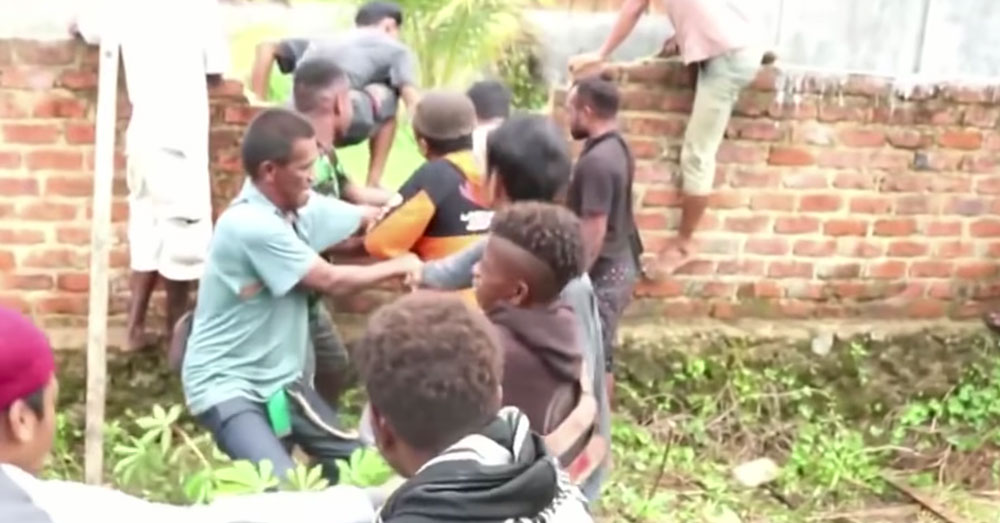 Witnesses observed around 40 officers attempt to quell the angry mob, to no avail. Video of the incident captured the villagers pulling the crocodiles from the water, fastening their mouths, and hacking them to death.

“We couldn’t do anything. We were outnumbered. The situation was so tense,” Sorong Police Chief Dewa Made Sutrahna told ABC News.

Source: YouTube/TIME
Crocodiles in the sanctuary are otherwise legally protected.

The wildlife sanctuary is owned by Sorong company Mitra Lestari Abadi, which operates with an official permit issued by the West Papua Environment and Forestry Ministry

“The crocodile slaughter violated the law on destroying others’ property,” Manullang said. 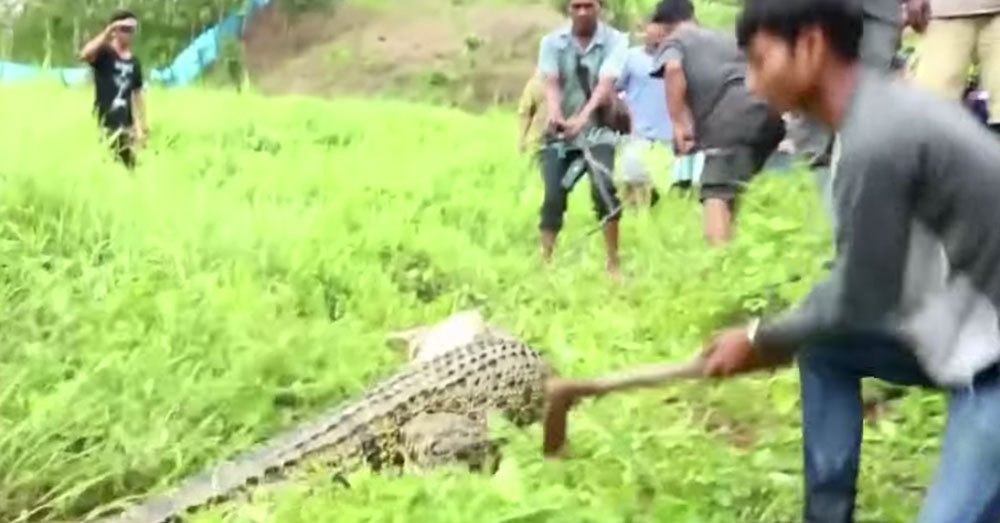 “To prevent this from happening again, farming license holders need to secure surrounding areas,” Manullang added. “Crocodiles are god’s creatures that need to be protected too.”

The video below shows footage of villagers attacking the crocodiles. Those upset by graphic violence may not want to watch.

Accordig to ABC News, the sanctuary owner and others have been questioned by authorities. The crocodile slaughter violated West Papua law, but no arrests have yet been made.