Animal friendships – they’re the purest kind of friendship in this world. No matter the species, they always serve as a wonderful reminder that love can transcend all boundaries. I have my suspicions that if we humans embraced friendship the way these animals do, the world would be a kinder place for it.

Take Simon and Leonardo for example. 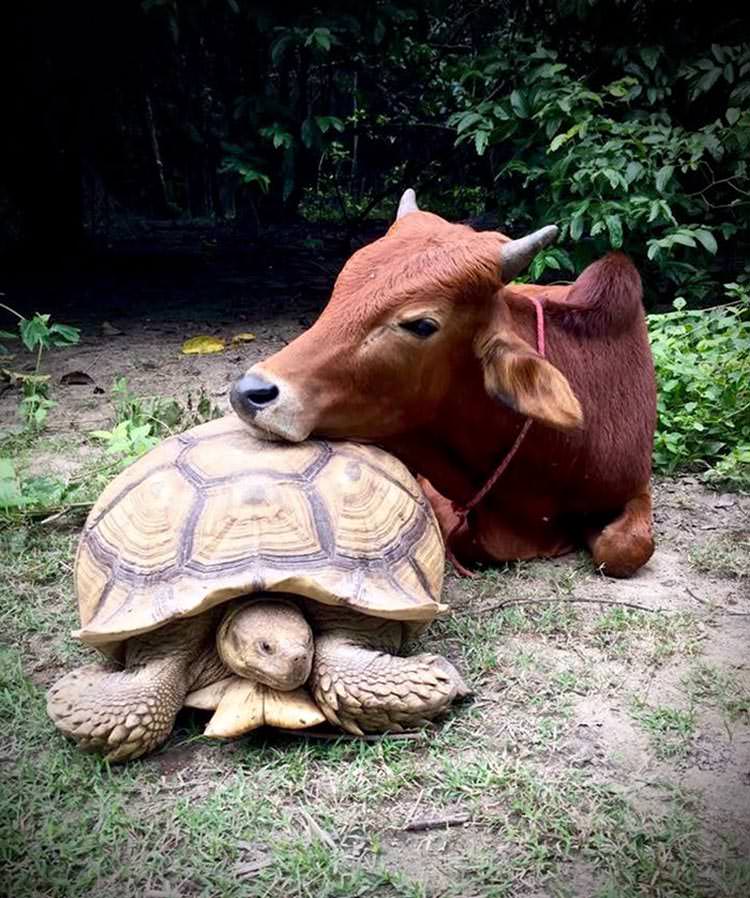 These two are the definition of friendship goals. 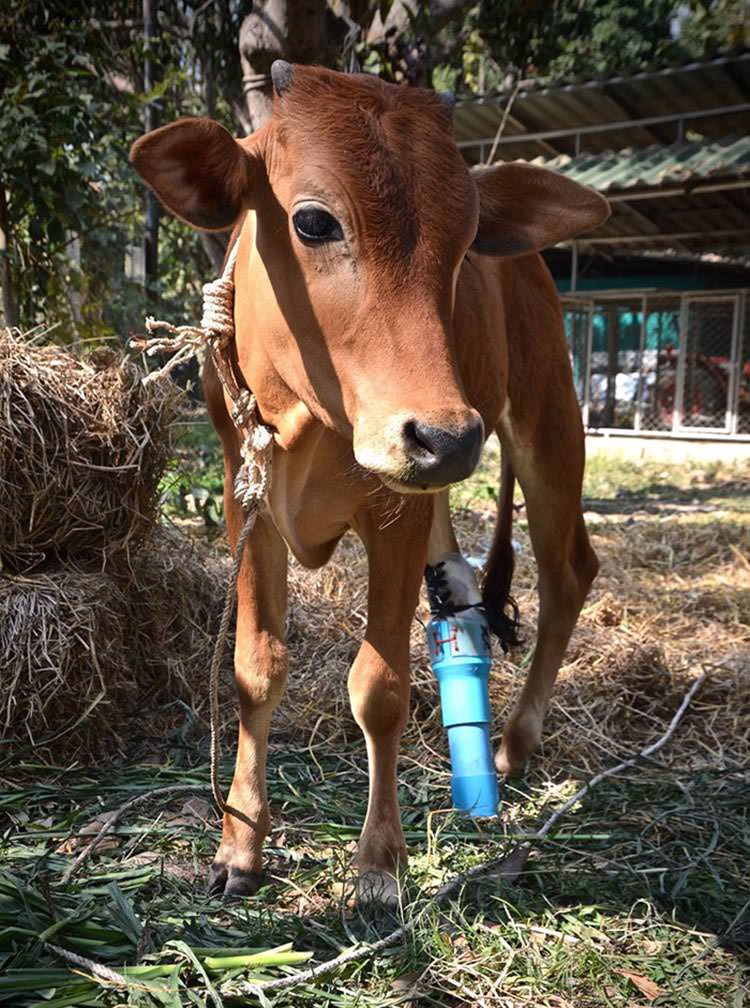 While they may be an unlikely pairing, they are still a great example of how friendship can drag you out of the dark places in your life. They both have overcome their share of trials and tribulations and have bonded because of it. 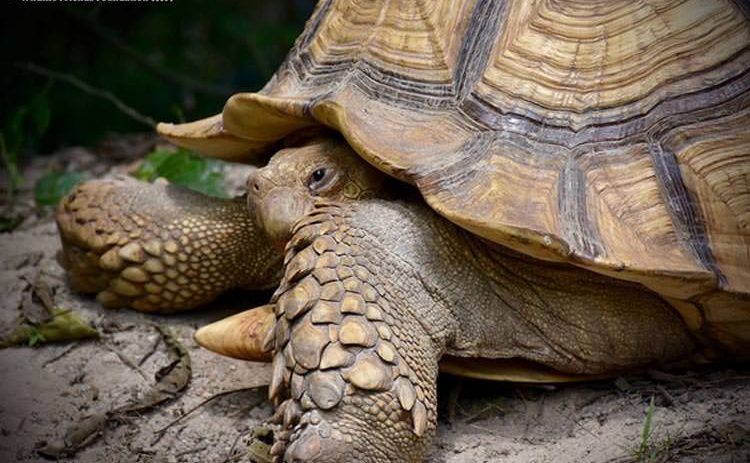 Back in 2016, Simon was a baby calf. One day, he found himself ensnared in some vines which caused his leg damage – the result was he had to have his leg amputated.

Simon was rescued by the Wildlife Friends Foundation Thailand, who took him in and gave him a new lease on life. Simon was fitted with a prosthetic leg at the animal sanctuary. 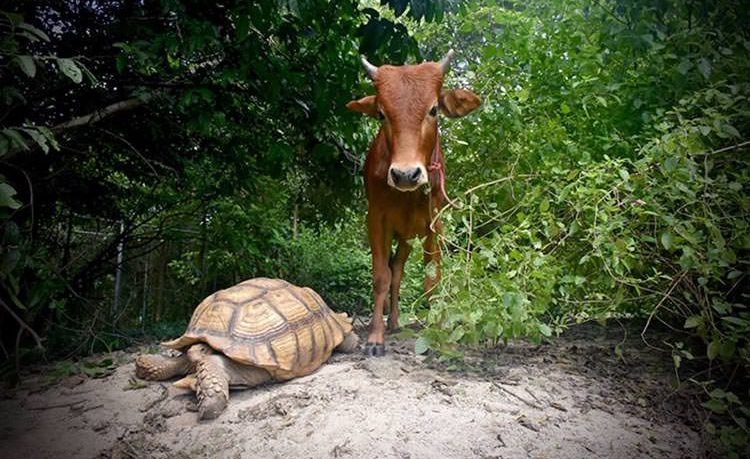 He might have had a less than ideal start in life, but things were going to get much better for him. 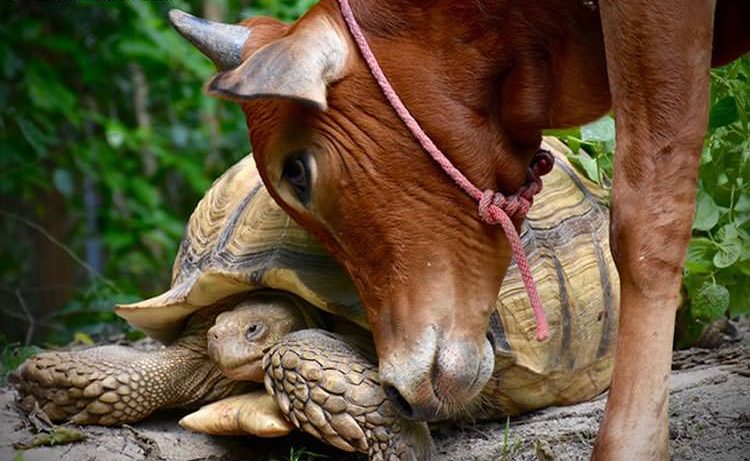 After arriving at the sanctuary, his injuries meant that he couldn’t join the other cows straight away.

The sanctuary wanted to afford him some time alone to recover from his traumatic experiences and get used to his new leg. Planning on waiting till he’d grown a little bigger, the sanctuary placed Simon in his own large enclosure.

But Simon wouldn’t be alone for long.

Leonardo’s story began back in 2013. This African spurred tortoise was rendered homeless after the zoo he’d been living at was shut down. 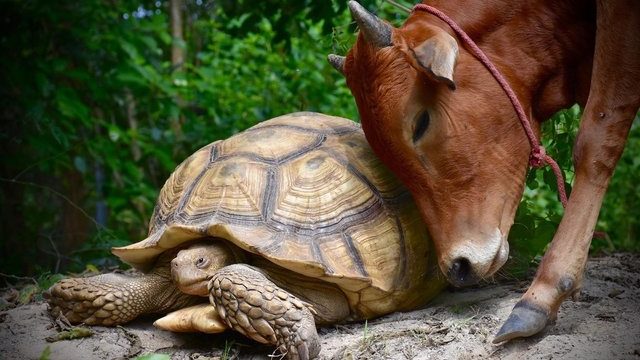 Thankfully, WFFT rescued Leonardo and have him a new home at the animal sanctuary.

He’d been placed in an enclosure by himself. But one day, he got a random new roommate in the form of Simon.

Little Simon, with his prosthetic leg, took an immediate liking to the tortoise. And it seemed that the feeling was mutual. Much to the surprise of the sanctuary staff, the two had formed a solid friendship with one another.

In fact, on WFFT’s website, they acknowledged the friendship, describing how both Simon and Leonardo would often be spotted together partaking in their favorite pastimes: eating, resting and walking about. 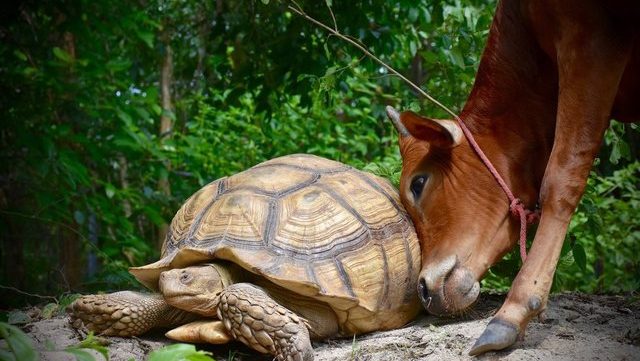 Delighted by this unlikely friendship, the sanctuary wanted to share it with the rest of the globe.

WFFT wrote, “We hope this unusual friendship continues to flourish.”

We couldn’t agree more with this statement. Animal friendships, especially the unexpected ones, are exactly the lesson in love and friendship that this world needs more of.

What do you guys think?