When it comes to the conservation of the natural world there are usually more sad stories than happy ones. It’s quite disheartening to realize that there is a disregard for the natural world. However, one heartwarming video showed members of the US Coast Guard Cape May and Marine Mammal Stranding Center coming to the rescue of a loggerhead turtle. The 200-pound turtle was spotted close to New Jersey’s Miah Maull Lighthouse where it had gotten tangled in a fishing line. 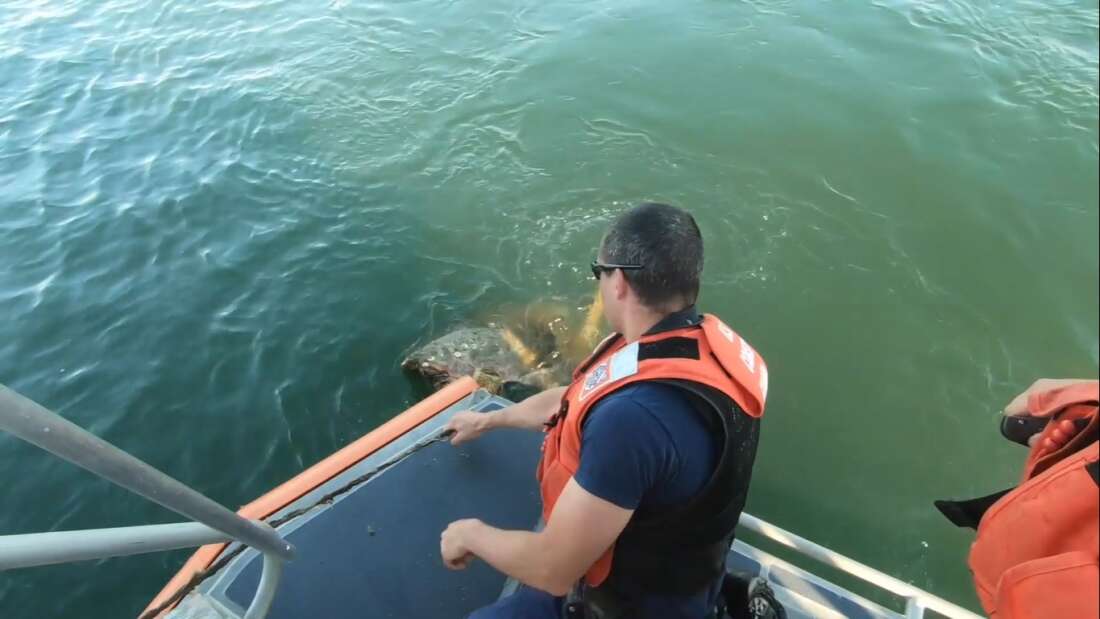 The footage showed how the large turtle was swimming beside the ship. The loggerhead’s rescuers brought it closer to the boat using a tether and they managed to free its back flipper from the line. It was then able to swim away, encouraged on by the Coast Guard members cheering, “Yeah, buddy!”

The Coast Guard then posted to Facebook writing, “For over 42 years, the MMSC has been rescuing sick and injured sea turtles in New Jersey, from the massive leatherback to the diminutive Kemp’s Ridley, they have all been through our hospital. We still do the initial rescues of these threatened and endangered animals, and now send our sea turtles to our colleagues at Sea Turtle recover for rehabilitation.”

The loggerhead turtles, also called caretta caretta, are classified by the International Union for the Conservation of Nature as “vulnerable” because of the consistent decline of their numbers. These turtles can reach a lifespan of 45 years. Their habitat ranges across the oceans and they can be found in the waters of the Alaska gulf as far down as the tip of South America. There are protections in place at an international level in an effort to help protect the species. Their numbers are mostly impacted by human activities such as overfishing and pollution, as well as invasive species.

The World Wildlife Fund shared that their name comes from their large heads which have powerful jaws – they use them to crush the hard shells of food sources such as clams and sea urchins. The WWF further added that unlike other sea turtle species, loggerheads are less likely to be hunted down for their meat and shell. However, they are definitely affected by fishing gear. Since they often get in close contact with fisheries many loggerheads end up becoming bycatch.

But these turtles certainly play a very important role in the marine ecological cycle, since they crush and consume the hard shells of their prey and inadvertently end up redepositing vital nutrients to the seafloor through their feces. Not only that, but they also act as transportation for colonies of small plants and animals who create a home atop their shells. In fact, there has been a record of as many as 150,000 individual animals found on one single loggerhead shell! That is quite impressive.

Nature is such an incredible creation and it certainly needs to be preserved.