Cat Sneaks Into His Neighbor’s House Every Day For Sleepovers

When my grandma was alive she had a tortie cat. She was known around the neighborhood for going to each home and socializing with everyone. But she did it the cat way, which meant that she just took over the neighbors’ homes. One neighbor even showed my grandma a picture once of her cat napping on the bed – something she apparently did every day in the afternoon.

Cats are known for being animals who get what they want when they want it. It’s part of the feline charm. That’s why it’s not surprising that a cat would end up with not just one family, but two. Tigger, an adorable little kitty, decided that he was going to give himself a second home with his neighbors.

Tigger has become quite close to his neighbors, John and Alex Sanders, who were happy to let the little house guest make himself comfortable. The friendship struck up the day that the little ginger cat wandered into their home through the open window.

While they were surprised, the cat didn’t seem to mind at all. He just made himself right at home. They checked his collar and saw that he lived only one street over from them. Doing the neighborly thing, they returned Tigger to his home. Of course, this was not quite a deterrent to the cat. He came back the next day and helped himself into their home again.

Knowing that he wasn’t lost or homeless – just stubborn – they decided to let the cat have his way. And from there a new routine was born. Tigger visits them every day, sometimes multiple times a day.

Tigger’s owners are quite used to their feline’s preferences to wander throughout the neighborhood making friends. They are completely fine with Tigger’s decision to go make a second home with John and Alex. As John shared with The Dodo, Tigger’s family doesn’t mind that their cat will often choose to sleepover at their home. They just let their cat do what he wants to do. 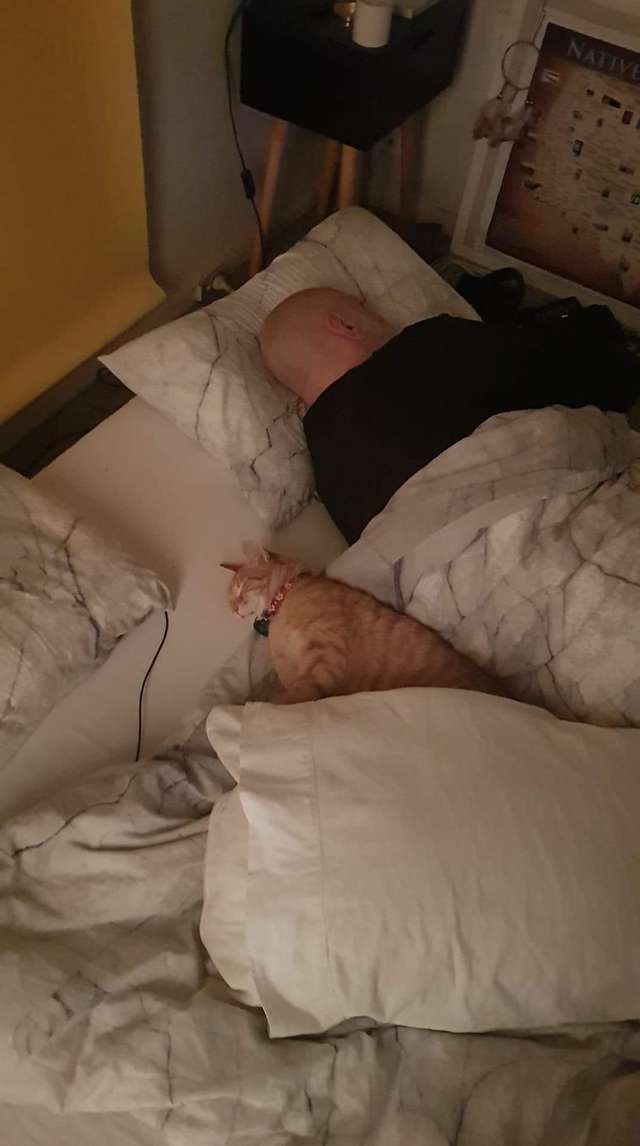 Both John and Alex are charmed by the cat’s choice to build himself a second home with them, even if they don’t know why exactly. But either way, Tigger seems quite happy to have two different homes with two families that love him.