Researchers have discovered that the Carolina parakeet was the victim of a grave injustice.

The green-bodied birds, made even more vibrant by their yellow heads and red faces, once thrived between the U.S. east coast and what is now Colorado. According to the BBC, the birds made their homes in old-growth forests and swamps for thousands of years. The species adapted to live off the toxic cockleburs, which did not injure the birds but often proved fatal for predators like cats. The birds were prolific until European settlers arrived in the New World.

By 1918, the last remaining Carolina parakeet was held at the Cincinnati Zoo. It died on February 21 that year. 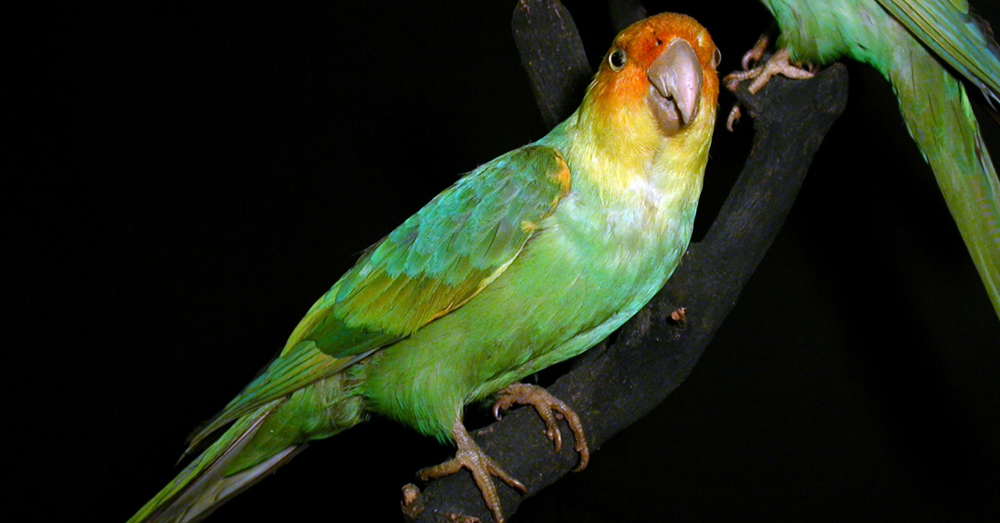 Today, all that remains of one of North America’s only native parrots are taxidermied specimens and plates from aging Edwardian books. Meanwhile, modern day DNA testing indicates that the bird’s disappearance was not the result of inbreeding or predators. It was solely the fault of humans.

“Many endangered species have been sequenced and what seems to be a pattern is that when populations are small and declining for a long period of time, this leaves some signals in their genomes that can be recognized,” said Carles Lalueza-Fox, of the University of Barcelona. “Even if you have a single specimen, as here, we have a genome from the father and a genome from the mother; two copies of each chromosome. If the population has been small for thousands of years, these two copies will be very similar to each other and over long stretches sometimes they will be identical.” 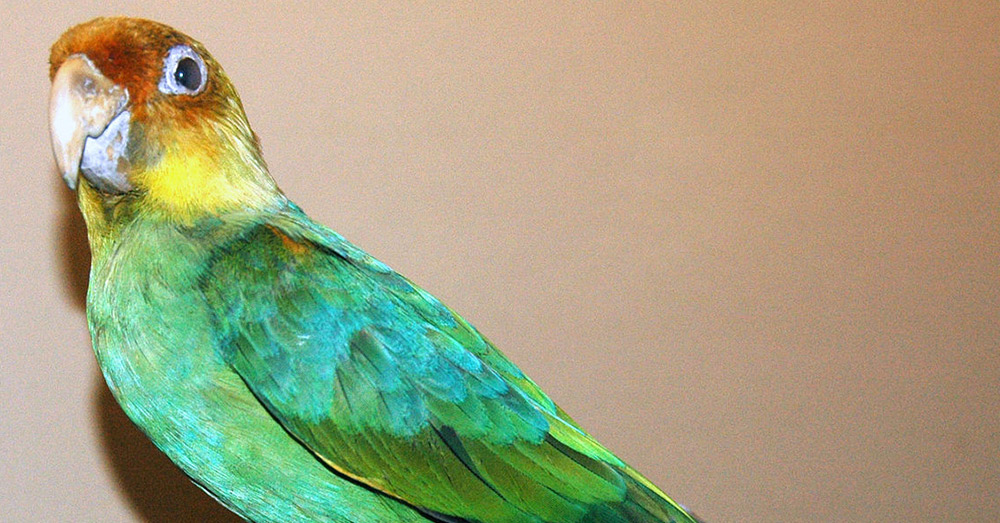 Source: WikimediaCommons
The Carolina parakeet was driven to extinction by hunters for pest control, for feathers to be used in the fashion industry, and rising competition with European honey bees.

Lalueza-Fox and his colleagues found through mapping the DNA of two Carolina parakeets, that it was once part of a massive and diverse population, which came crashing down when a new threat was introduced.

“The inference is that this bird was not subjected to a very long demographic decline for thousands of years, it was something very quick,” Lalueza-Fox said.

The Carolina parakeet’s closest living relative, the BBC reports, is the Sun parakeet, found in South America. There is little genetic variation between individual birds in that species. From this we can infer that Carolina parakeets once far outnumbered their southern cousins. 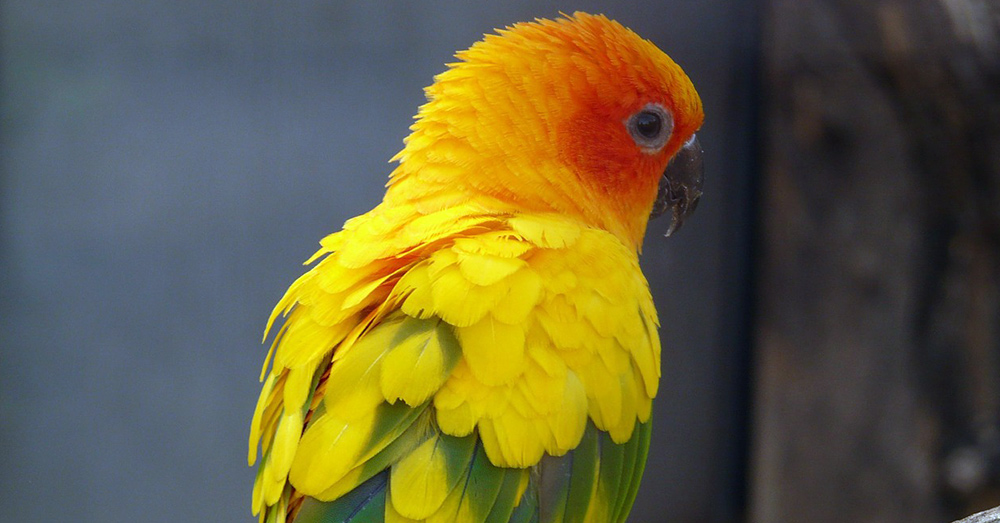 Source: Pixabay
A Sun parakeet, the closest relative to the Carolina parakeet.

Owing much to the Carolina parakeet’s demise are deforestation, unchecked hunting and trapping, and the introduction of European honeybees. American naturalist and author James Audubon had mourned the loss of the birds as early as 1832, about 70 years before they went extinct in the wild.

Though they have been gone fore more than a century, the work done by the University of Barcelona scientists has opened up the potential of bringing them back. 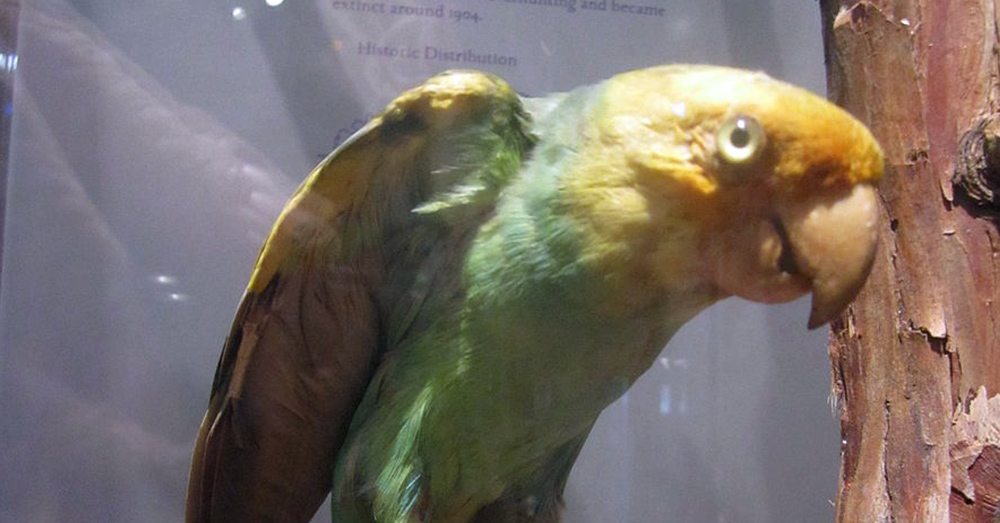 It’s possible the scientists could look at the Sun parakeet’s DNA and alter it to produce a Carolina parakeet offspring. But, that would involve editing several hundred protein codes in the delicate strands that define life, Lalueza-Fox said.

It won’t be easy to bring the bird back from the dead, but the effort is getting attention from scientists around the world. Kevin Burgio, a biologist at the University of Connecticut, published an outline of “Lazarus ecology” in the journal Ecology and Evolution. Burgio, like many others, believes it’s possible to restore the birds in the wild by introducing the extinct DNA to close relatives within the specific environments where they once lived. 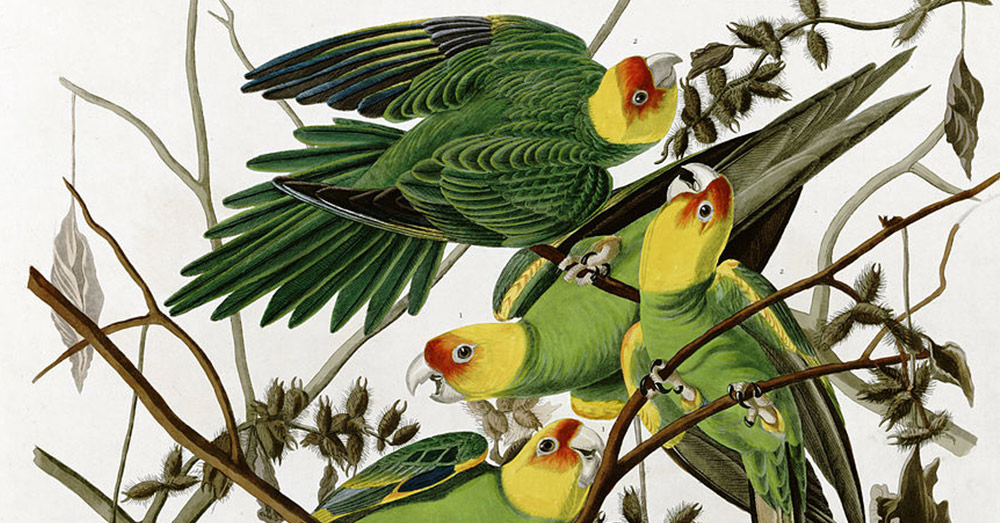 Source: WikimediaCommons
John James Audubon’s “Carolina Parakeets” which is a part of the permanent collection at the New York Historical Society.

According to Smithsonian.com, scientists from the New York State Museum and New Mexico State University will use the mapped Carolina parakeet DNA and an understanding of the bird’s diet, taken from preserved feathers, to reintroduce the species.

“Even if the Carolina parakeet never flies again, what scientists learn about this vanished American bird could keep its endangered tropical cousins aloft,” the Smithsonian reports.