But there is another place that can actually turn into quite the arctic landscape right here in the United States: the northern parts of Michigan. 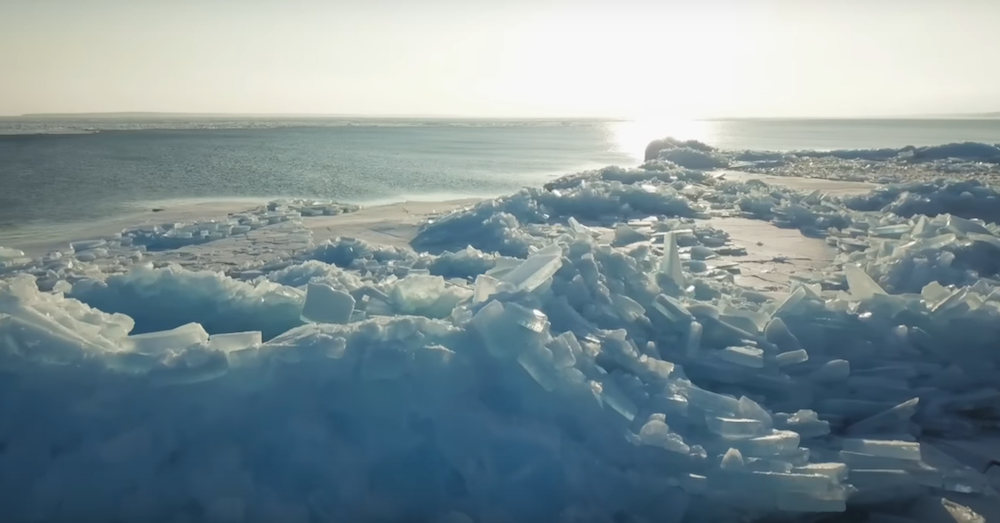 Between the mitten state and its upper peninsula lies Lake Superior and the Straits of Mackinac. This area can get bitterly cold, and with an average low temperature of only 5 degrees in January of 2018, it has seen its share of snow and ice this winter season.

In order for the rare, blue ice to form, however, certain conditions must be met. 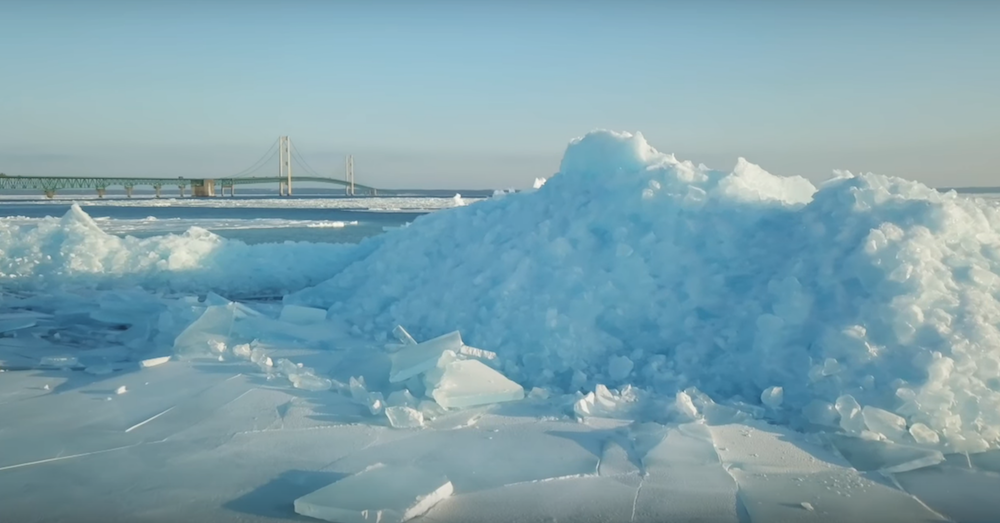 “Ice only appears blue when it is sufficiently consolidated so that air bubbles do not interfere with the passage of light,” said staff from the Apostle Islands National Lakeshore. “Without the scattering effect of bubbles, light can penetrate ice undisturbed. In ice, the absorption of light at the red end of the spectrum is six times greater than at the blue end.” 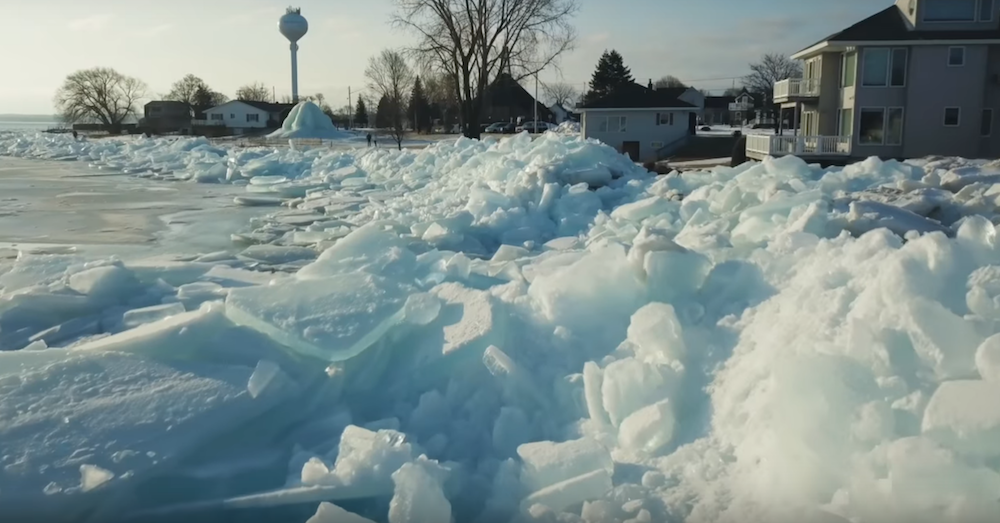 So at the end of the day, it all depends on whether or not the ice that forms has bubbles inside of it or not. When it doesn’t, the blue light from the sun becomes much easier to see and ends up making the ice look a glacial blue color.

With a recent storm, massive chunks of ice were pushed up onto the shoreline next to the Mackinac Bridge and the edges of Mackinaw City, allowing photographers to finally get out and get some spectacular shots.

Some were even able to get drone footage of the rare occurrence, which makes for quite an amazing video to see.

Check out the footage below!