Listen To The Bizarre Sounds Of Skating On Thin Ice

Ice skating during the winter can be something that is both incredibly relaxing and good exercise, especially if you have a lake or river that gets regularly frozen nearby.

Being able to glide on top of the frozen water, hearing nothing but your skates scraping along the ice, and enjoying the cold air on your face is a cathartic experience, but it also has its inherent dangers.

Thin ice can come up out of nowhere and massive chunks can break free at a moment’s notice. Most of the time, local people know exactly how thick the ice needs to be in order to provide a stable surface, but nature can be fickle. 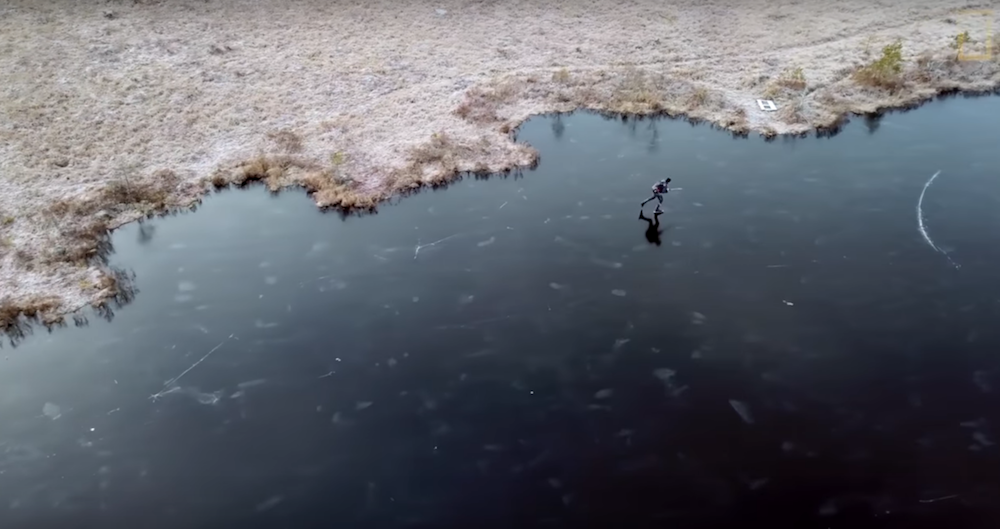 There are people, however, that go out of their way to purposely skate on thin ice because of the incredibly unique sounds that it creates.

And this type of skating (typically in Nordic countries) even has its own name: wild ice skating, or sometimes called Nordic skating.

Marten Ajne is a Swedish native who has this type of skating down to an artform and skates regularly on the thin ice of a lake outside of Stockholm. 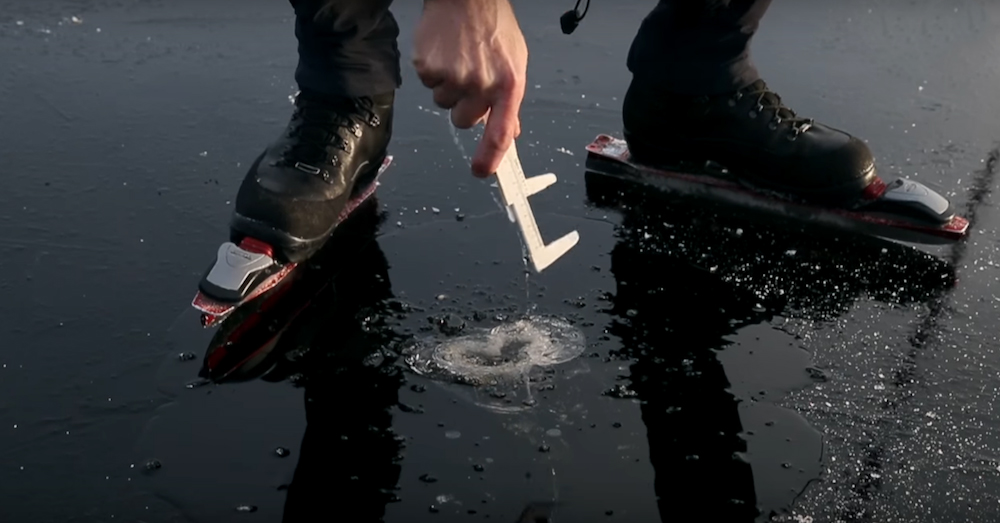 The reason that these types of skaters seek out thin, black ice like this is for two reasons: how smooth it is to skate on, and also the laser-like sounds that happen when skating over it.

The sounds occur after tiny cracks form on the surface of the ice after the skater passes over, which then cause the soundwaves to travel through the water like a ripple effect. 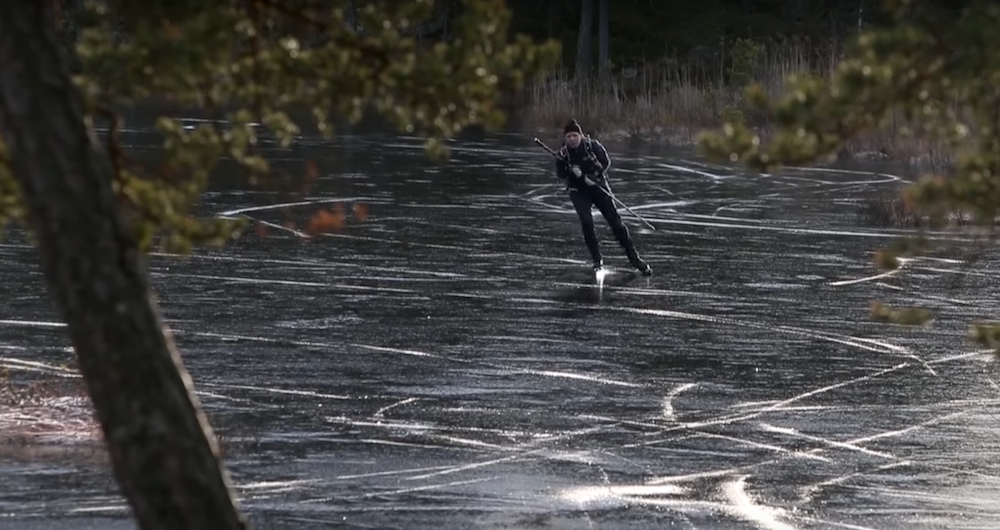 But in order for this type of skating to be safe, a lot of things need to be taken into consideration beforehand. Temperature, the conditions of the atmosphere, and even sometimes consulting satellite images are all necessary steps to ensure safety.

The end result, however, is definitely worth the time to make sure you will be safe on the ice.

Check out the video below to see and hear this incredible phenomenon!