Who knew that a single strip of paper could bring us hours of laughter? One cockatiel from Japan is making waves across social media with his different cartoon eyes. Kahori Fuji has begun amassing a pretty big following on Instagram thanks to his owner’s doodles. Apparently all it takes is cartoon eyes doodled on a piece of paper in order to give the bird the appearance of having different expressions.

Check out some of the hilarious pictures below:

1. Milhouse is that you?

This is perhaps my favorite. The doodled eyes make it look like Kahori Fuji is the classic side character from The Simpsons.

This look makes Kahori Fuji look like a character from My Little Pony, but with slightly fewer eyelashes. 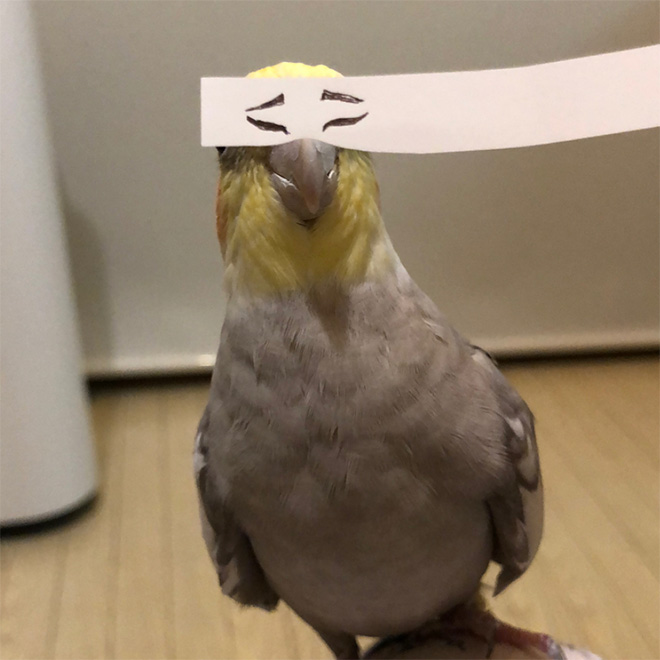 Ever wondered what a bird would look like if it could roll its eyes at you? This might be the closest that we’ll ever get to that image. 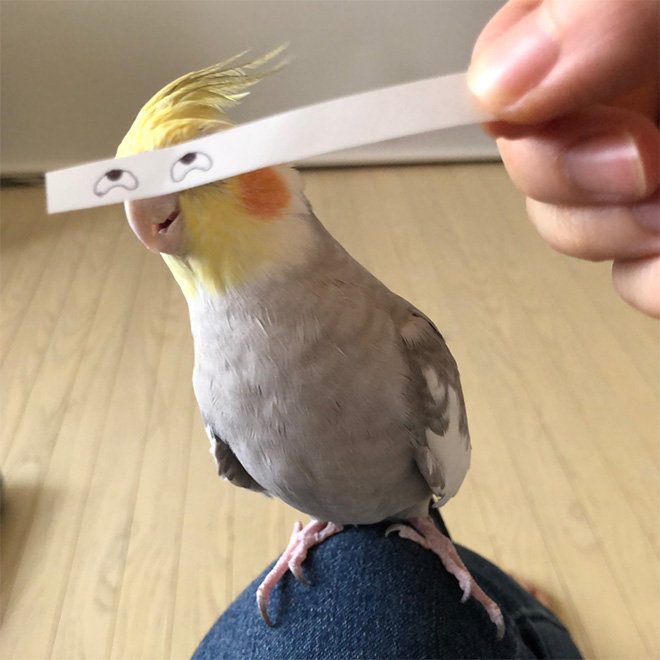 It appears that Kahori Fuji was feeling the Christmas spirit with this look. But he doesn’t look as cheery as other Santas might.

You know that look your dog gives you when it wants something like food? Well, it looks like Kahori Fuji can now manipulate his owner too. 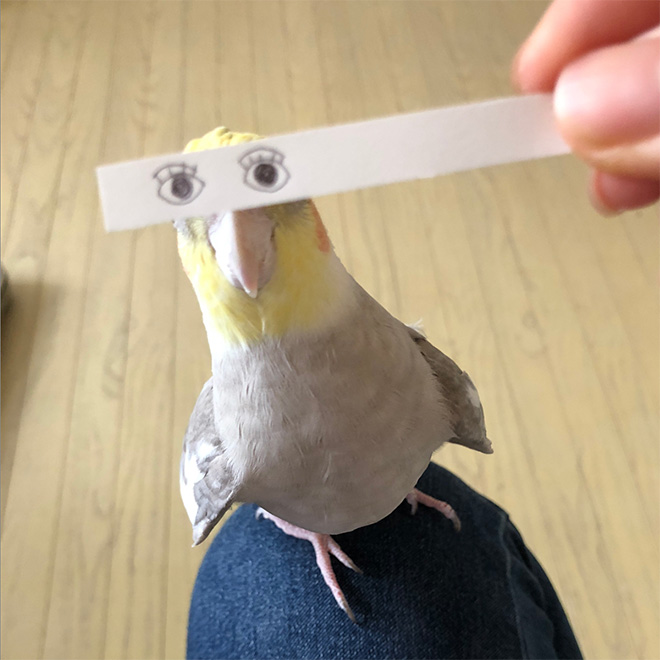 Now, this bird can judge you, thanks to the strip of paper.