Golf can be either extremely relaxing or extremely frustrating; it all depends on who you are playing with and what kind of attitude you have towards the game. But no matter how you view playing the sport, the company of good friends will always be a positive experience.

But no matter how good of a time you are having on the course with your friends, being interrupted by an unexpected player in the middle of the fairway can be very distracting.

Especially when that player is actually a wild black bear. 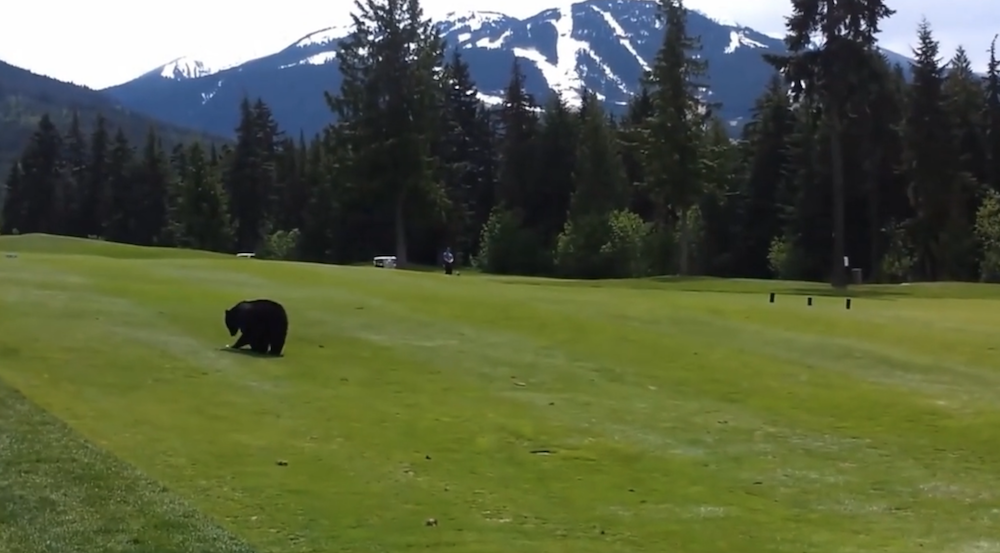 The western coast of British Columbia in Canada is one of the most beautiful places in North America. Covered in mountains, extreme wilderness, and expansive open skies, the province is perfect for all kinds of outdoor activities.

It is also home to a lot of bears. 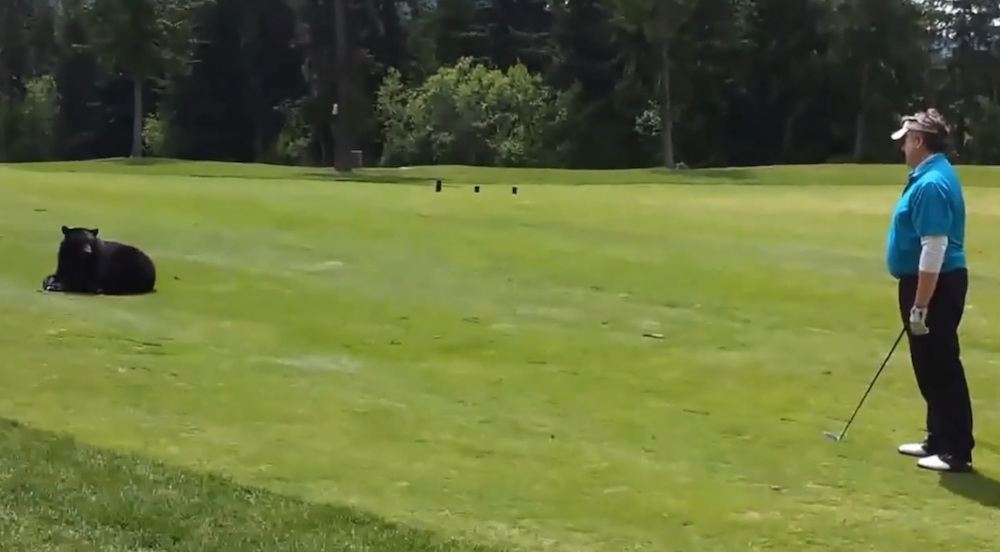 With approximately 15,000 grizzly bears alone, mountainous and heavily-forested areas like Whistler are basically meccas for the large animals. This means that even in regularly-visited recreation locations like golf courses, bears can show up out of nowhere.

And that is exactly what happened for this group of guys who thought they were going to have a nice round together out on the links. 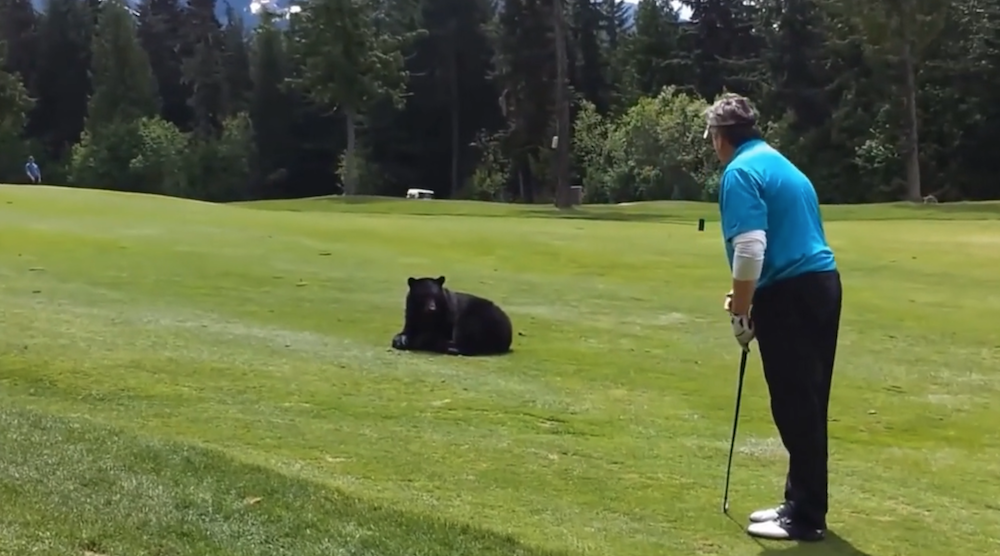 After stopping to take a shot from the middle of the fairway, a black bear appeared right in front of the group and strolled over to one of their balls. The bear then proceeded to plop right down and start playing with the golf ball!

The group tried to get the bear to leave the course by making a little noise and clapping at it, but when that didn’t work, they started pleading with it instead. 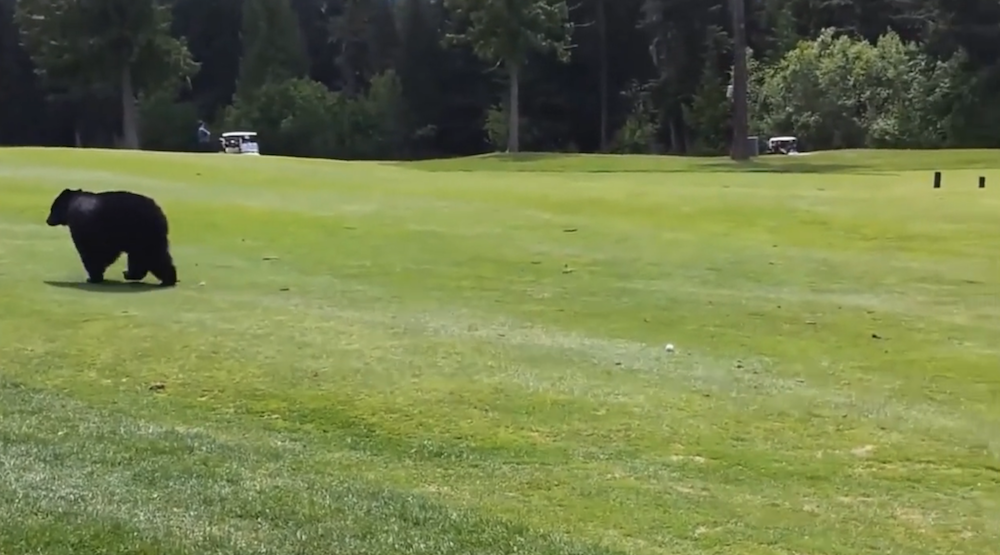 One of the men can be heard saying “come on bear, we’re trying to play golf here” in a hilarious attempt to try and get the bear to go along on its way. However, as is usual, wild animals don’t really care about what we want them to do, so the golfers just had to wait until the bear got bored enough with the golf ball to leave on its own.

Check out the hilarious video below!