The Mount Agung volcano in Bali has been belching massive plumes of smoke thousands of feet into the air, prompting officials to raise the resort island’s volcano warning to the highest level in anticipation of a likely eruption.

According to senior state volcanologist Gede Suantika, the volcano has been pouring out smoke plumes more than two miles high.

“The volcano’s alert level has been raised to the highest level,” said Suantika. “Constant tremors can be felt.” 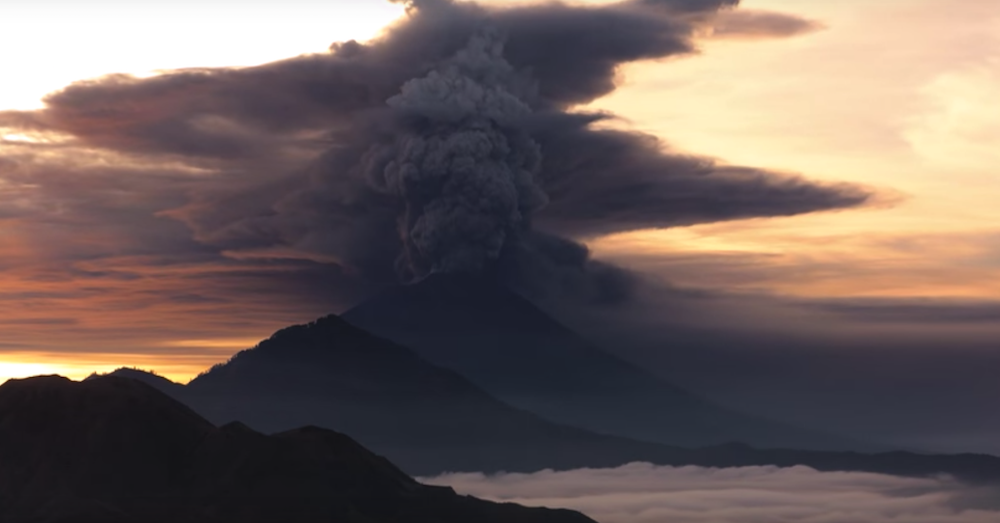 After the volcano alert level was raised, the exclusion zone around the volcano was also extended, forcing people to evacuate the area. Right now, about 25,000 people have already left their homes near the mountain, while 100,000 have received an order to follow suit.

The island of Bali is one of Indonesia’s most exotic locations, and a massive tourist attraction for people around the world who travel there to relax. Now many are trapped on the island because the airport was forced to shut down due to the possibility of an imminent volcanic eruption. 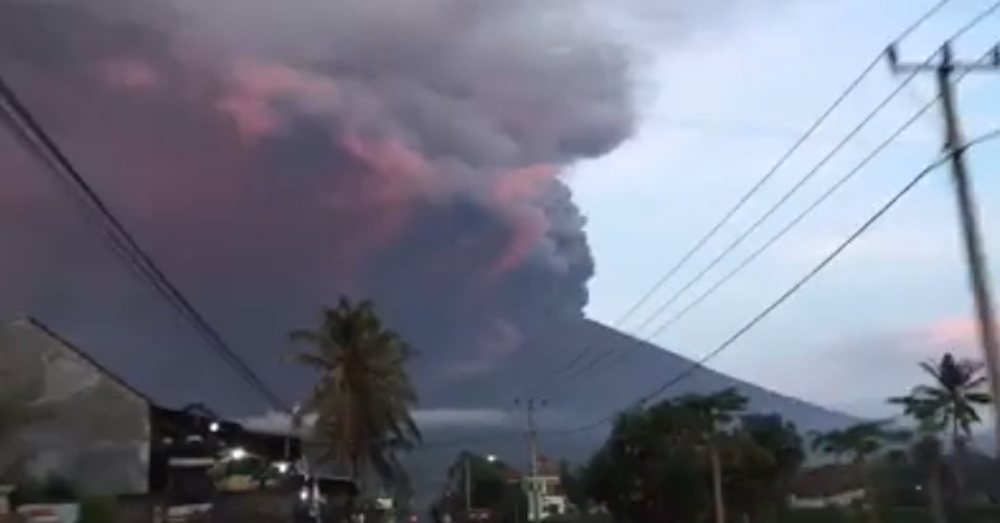 So far, 445 flights have been canceled, affecting 59,000 people traveling either to or from the area.

Tremors and loud rumblings have been heard from nearly seven miles from the volcano, accompanied by huge clouds of smoke that have been billowing for nearly an entire week straight. 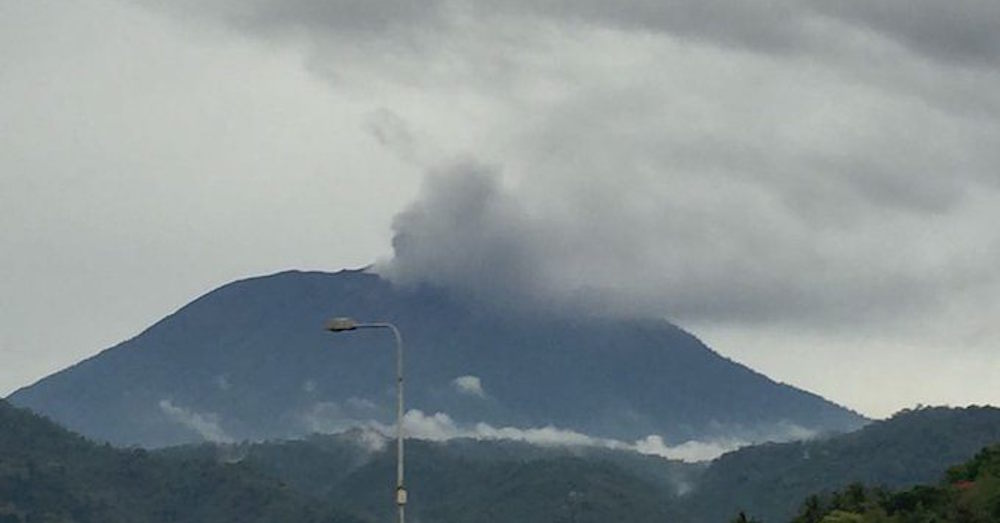 “Continuous ash puffs are sometimes accompanied by explosive eruptions accompanied by a weak sound of boom,” the National Board for Disaster Management said in a statement. “The rays of fire are increasingly observed at night. This indicates the potential for a larger eruption is imminent.”

Flows of rock and debris, also called lahars, have been observed cascading down the mountainside, and officials have warned people to stay as far away as possible. 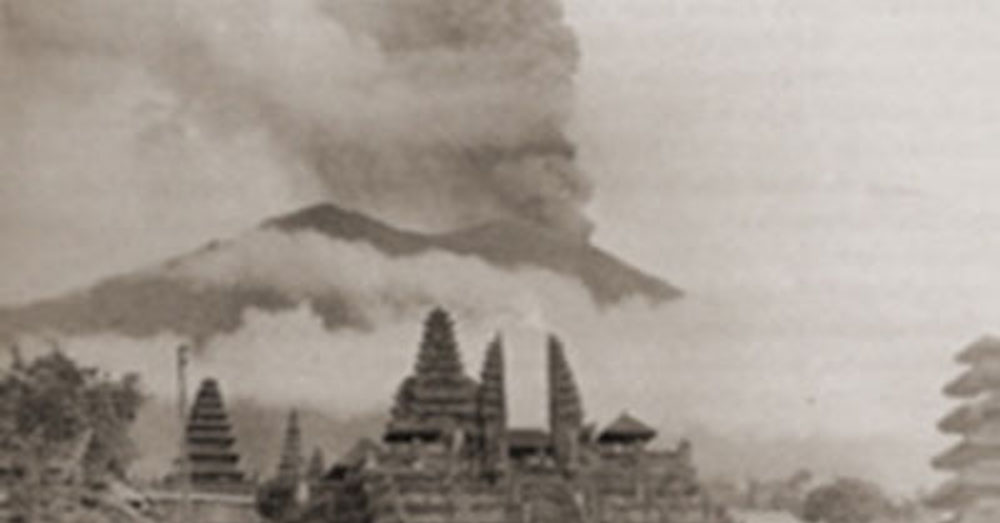 The last eruptions of Mount Agung occurred on two consecutive days in 1963, killing 1,500 people and forcing 75,000 others to evacuate the area. Ash was seen falling as far 620 miles away, with rocks and debris falling up to seven miles away from the volcano.

Scientists are monitoring the situation extremely closely and are working around the clock to ensure people have ample warning if an eruption does occur.

To see a timelapse of how the volcano has been looking over the past couple of days, check out the video below.