Thanks to rehabilitation centers like Lwiro Primates, being orphaned as a baby chimpanzee is no longer a death sentence. Instead, it gives baby primates without parents a much better chance at not only survival, but being able to once again thrive in their natural habitats.

A team of rescuers at Lwiro Primates learned about a three-year-old orphaned chimpanzee after seeing a photo circulating around through the messaging application “WhatsApp.” 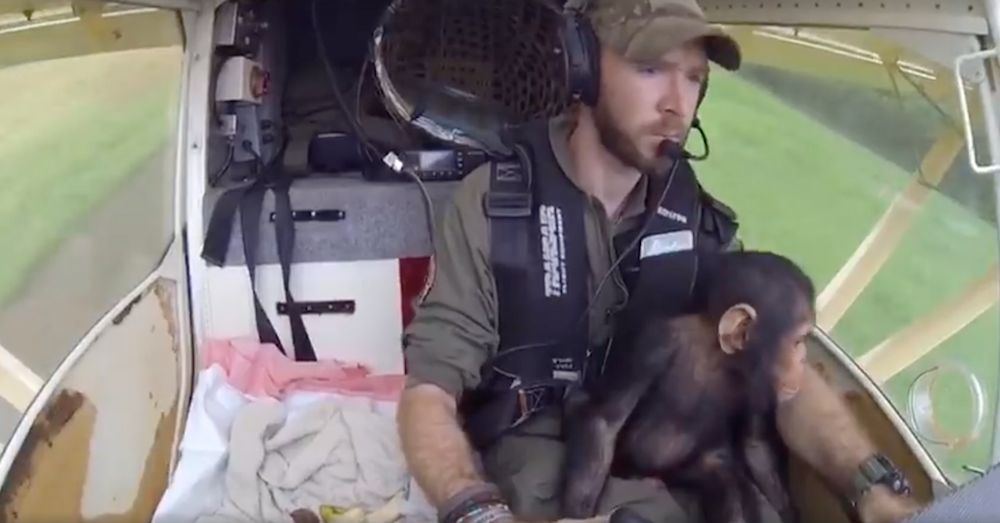 After discovering that the baby was being kept by a man in his home along with a number of protected reptiles, the team jumped into action to make sure the baby chimpanzee got the rescue he needed.

But in order to get little Mussa to his new home at The Centre for the Rehabilitation for Primates for Lwiro in the Democratic Republic of Congo, he needed to take a little plane ride. 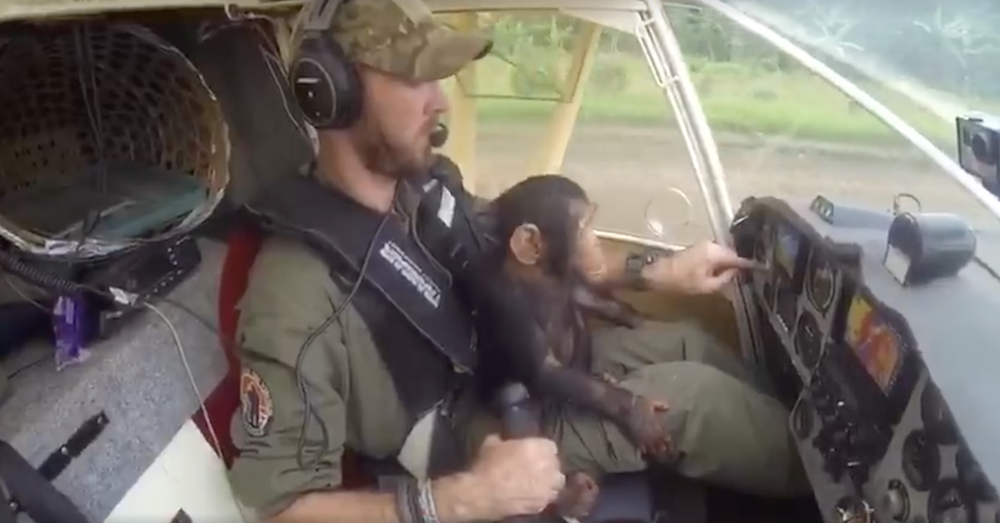 The baby chimpanzee probably didn’t really know what to expect when he was put inside a small bush plane, but pilot Anthony Caere certainly made him feel right at home.

Right after Caere started the engine of the plane, Mussa hopped down from his basket and right into the lap of the pilot.

When they were in the air, Mussa turned into one of the best co-pilots ever, even doing some adjustments to the throttle. 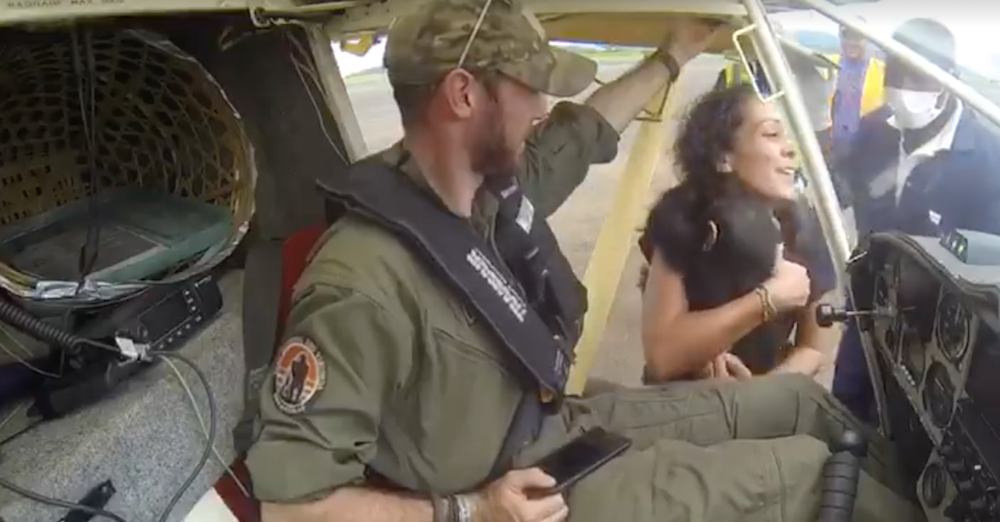 But then one of the most adorable things ever happened; Caere wrapped his free arm around Mussa and the baby chimp just snuggled right in, feeling that he was finally getting the protection he needed.

When the pair landed, Mussa jumped into the loving arms of his rescuers and began his journey of rehabilitation where he will eventually be put back into his natural home.

Check out the adorable video below!