If You Ever See These Squares In The Ocean, Turn Around As Fast As You Can

When mother nature decides to flex her muscle, it’s always best to exercise some caution. After all, earthquakes, hurricanes and tornados are all natural occurrence, but each has the potential to wreak major havoc and bodily harm.

However, there’s another lesser known danger that don’t typically set off the average person’s alarm balls. Cross waves are a unique marine phenomenon that resembles square waves. They are very rare and fascinating to observe, but you should always do so from the safety of the shore. 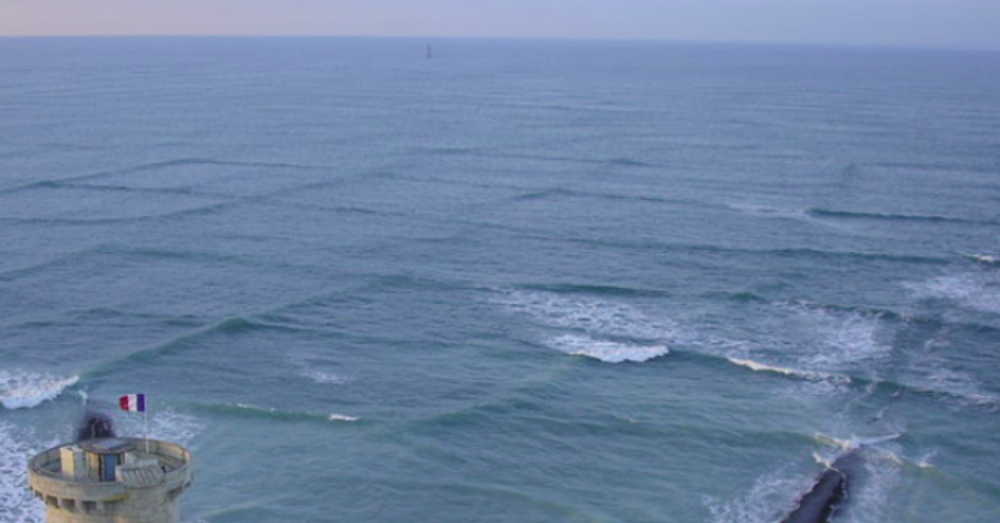 Cross waves are formed by opposing waves systems crashing into each other from different angles, resulting in waves exceeding 45 degrees angles. This normally happens in storms with contrasting weather patterns, as strong winds create a grid like pattern across the top of the sea.

Fascinating as it all looks, the danger actually lies beneath the ocean’s surface. That’s because cross waves also hide dangerous undercurrents that net swimmers, surfers, and boaters in its deadly wake.

Make sure to follow all local weather advisories and signage when you’re in or around water, because cross waves are definitely something you’ll want to experience from the shore! The unique phenomenon is commonly spotted around New Zealand and France’s Isle of Rhe, so take extra care if you’re living or traveling around these beautiful shores.

Learn more about this powerful phenomenon in the video below!