We all appreciate when somebody makes a kind gesture on our behalf. It can really make a difference in our day and our lives.

Caio Giovani is one person who understands the benefits of such kind gestures. Not only did he walk away happy, he probably saved the life of one little creature. 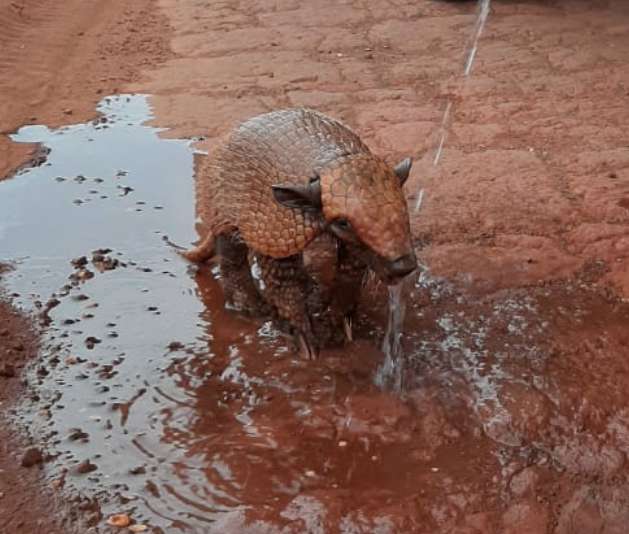 Giovani was in Mato Grosso, Brazil driving a truck on a dry stretch of road. He saw something standing in the road ahead of him and decided he would stop to look closer. What he found was a very tired armadillo.

“I could see he was not well,” Giovani told The Dodo. “It felt like he was asking me for something … for some help.”

Giovani is obviously a kind individual because he didn’t just pass by, he decided to do something about it. It turns out that he had a tank of water on the truck so he brought over the armadillo and opened the spigot.

You can see what happened in the video below:

Giovani watched the armadillo loving every minute of the water that was pouring over him. He waited until it seemed as if the animal had its fill and then he carried him over to a shady spot. He even gave the armadillo a banana to eat.

Although these two will not likely see each other again, there was a moment in time which they were able to share something special.

“I left him on the edge of the woods,” Giovani said. “He was much better.”